Yesterday I wrote, "Everything old becomes new again," which was meant to introduce the idea that vinyl is a viable medium. But there's another important example of this sociological time-warp: videos. Many families have dozens, if not hundreds, of home videos lying around that they probably can't watch because, well, VHS players didn't really make it.

YesVideo may understand this better than anyone else, as the company focuses on taking old videos and making them accessible via DVD and the cloud. The company is today announcing a $5 million investment from Greystripe co-founders Michael Chang and Andy Choi, who will be joining YesVideo as CEO and CTO, respectively. Chang had invested in YesVideo in 2000 and is joining the company after a 9-month break from Greystripe, which was sold to ValueClick in April of 2011.

With bases in Santa Clara and Norcross, Georgia, YesVideo has partnered with a number of retailers to make it easier for customers to have their videos digitized and saved to the cloud. The company is focusing on those retail partnerships and is working to expand to the point that 90 percent of the US is within 3 miles of a YesVideo dropoff location. 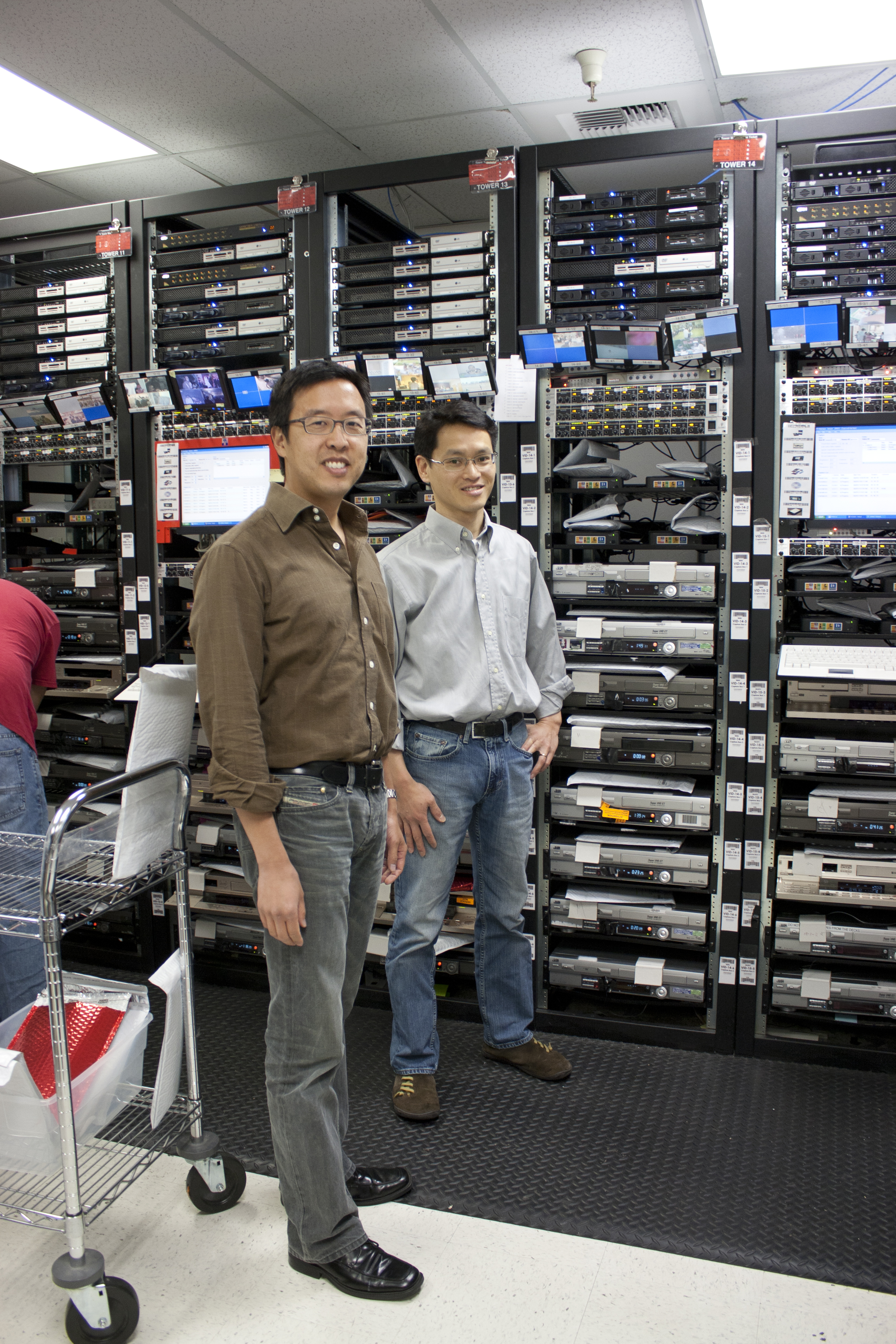 The service is not without its limits; Chang says that YesVideo is strictly focused on personal videos, and will not digitize theatrical films or films with "explicit content." To weed out videos that fit either description the company pre-screens each video before it is digitized with its towers of VHS players, pictured to the right with Chang and Choi.

Asked about getting into the business of digitizing those old theatrical movies (I didn't ask about the dirty videos), Chang says, "That's a different business. Maybe at some point as we scale we'll get into that, but right now I don't want to compete with Amazon and Netflix and Apple. We'll let Walmart do that." (Walmart has introduced a new service that will take customers' DVDs and create digital copies for $2 a disc.)

So, how old will YesVideo go? According to Chang, the company has seen content from the 20s and 30s on 16mm film that is passed through a customized projector and uploaded to the cloud. This means that videos shot almost a century ago are living on via technologies that most of the subjects of those videos never even imagined.