Today at DreamIt Ventures' demo day, 15 companies from New York, Israel, Costa Rica, and other parts of the world promoted their products and tried to raise awareness (and funding) for what they've been working on.

Many of the presenting startups focused on helping users burn through their spare cash, with in-a-box ecommerce and shopping recommendations accounting for six of the 15 companies. We're going to highlight a few of the companies in standalone posts, but an overview of the incubator's sixth batch is below.

Winston: A Robotic Assistant That Reads the Morning's Important News to You

Winston is a digital assistant that picks up where Siri left off. Siri is great for getting something done – when it works – but doesn't tie into the aspects of life that users actually enjoy. Winston connects to users' social networks and select news feeds to create morning "Briefings", snippets of news that the app reads to the user while they go about their business.

The app takes "lean-forward content and create a lean-back experience," according to founder and CEO Aaron Ting. We were given a demo of the app in its current beta state, and Winston seems promising. The company is currently raising a $500,000 seed round to prepare for a Fall release, and plans on raising another round in six to nine months.

Déjàmor is a subscription service designed to bring the "spice" back into relationships. Users receive a box with a "recipe" and its accompanying "ingredients" for a romantic gesture. This month's box included bath soap, a blank note, and rose petals with a recipe for an early-morning bubble bath. The company is raising $750,000 to market its product; expect a longer post about the company soon.

Tripl: An Interactive Travel Infographic from All Your Friends

Tripl is billing itself as the first travel site that users will interact with every day, a "personalized infographic with fully interactive content." The company's apps are built on top of Foursquare, Instagram, and Facebook's APIs and is touting the 2 million pieces of geotagged content that has been pulled into the service.

CEO Peter Sullivan says that Tripl is the first ever "travel graph," and is currently building partnerships with travel companies to leverage the data it has collected about 12,000 user's friends to transform travel from "the biggest ecommerce industry in the world" into "the biggest s-commerce industry." As we previously reported, the company launched with $300,000 in convertible debt from High Peaks Venture Partners and Quotidian Ventures through convertible debt. Now, Triple has raised $700,000 toward a $1.7 million round for product development and marketing.

Hotels, venues, and restaurants purchase new artwork all the time. Indiewalls is offering a solution that allows these venues to rent a revolving door of art, making local, contemporary pieces available for between $2,000 and $10,000 per month. The company makes money from this subscription model and also takes a 25 percent cut from the sale of any of the 2,200 pieces in its inventory.

Indiewalls announced a partnership with Renaissance, a subsidiary of Marriott, which will give Indiewalls an entry point into new markets around the world. The company is looking to raise $1 million to bulk up its sales force and improve its platform.

Cargo Networks is a subscription service that gets the proper hair and skin products to "fashion conscious" men and minority women's doorsteps. CEO Krishna Gullapalli took the stage to explain how difficult it is for anyone besides a white female to find proper beauty products, citing a need for special products that are hard to find in most retail outlets.

The men's product, dubbed Urban Cargo, is currently available and the company is raising a $500,000 funding round to develop boxes for African American, Hispanic, and Indian women.

Bazaart: the iPad and Pinterest Remade Into a Fashion Magazine 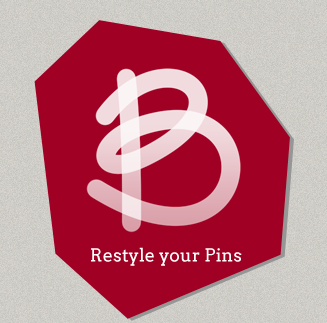 One of the five Israeli startups that participated in DreamIt's sixth class, Bazaart (a combination of "bazaar" and "art") is building the next generation fashion magazine for the iPad. CEO Stas Goferman said that shopping on a fashion maker's website is "boring" and is hoping that Bazaart will make the experience more enjoyable for users.

The company is currently working on improving its iPad application, enabling new features that make the shopping experience easier for tablet consumers. Bazaart is seeking $500,000 to bring the app to other platforms, develop its technology, and form partnerships with US brands and retailers.

Weesh: Helping Couples Break Out of Their Date Night Routine

Weesh, which we've covered before, is an application built for couples that want to break out of their typical date night routine. The company is raising $750,000, and says that investors have already committed $200,000 to the round.

Another startup from Israel, Cubiez is developing an application platform that sits in the Windows taskbar. Cubiez' platform is built on a custom-made browser engine built on top of Google's open source Chromium project. In a nutshell, the company's product allows users to pin Web apps to their taskbar and keep them readily available.

Cubiez is seeking $1 million to expand its headquarters in Israel and start a US office focused on business and marketing.

KidNimble: A Social Network and Search Engine for Childrens' Events

Continuing the shift from large, generic social networks like Facebook, KidNimble is a mash-up social network and search engine that helps parents learn about what's happening in their childrens' lives. The company is working with 50,000 camps and event centers nationwide, including 50 centers in New York alone.

Based in Costa Rica, Saborstudio is a game development studio building games with location-based elements. Its first game, Pota-Toss, was funded via Kickstarter and encourages spud flinging by grabbing the player's location and personalizing the game's artwork (and ads).

The company is looking to raise $500,000 to develop and release its four games (including Pota-Toss). Jose Cayasso, who is both the CEO and art director, says that the company can build these games with such little funds because it costs as much to hire one developer in the US as it does to hire four developers in Costa Rica.

TopShelf is a fashion startup that analyzes your past purchases and recommends new items in "lookbooks" created by professional stylists. The company can import data from users' email and shopping accounts and says that its users have, on average, imported 44 items worth a combined total of more than $4,780.

The company is built on a freemium model, charging $45 per month from users that want to see more than one lookbook per week. TopShelf is seeking a $500,000 seed round, which will go towards partnerships and building a relationship with brands.

Teamalaya is a gamification startup from Israel whose product is used by Microsoft and other large companies to keep employee morale high. The company is looking to raise $750,000 to develop its API and expand its team.

Wineme: A Sommelier for Your Pocket

Branchly was built on a simple concept: People have too many contacts to handle. The app searches through most of the major social networks (logos for Facebook, Twitter, LinkedIn, Tumblr, Dribbble, and more were flashed on screen) and allows users to place their friends into different categories. Branchly has a clear appeal for power users, such as VCs or reporters with a lot of contacts and a reason to search through them, but it's hard to see most consumers searching through their contacts on a consistent basis.

The company is looking to raise $500,000 to improve its technologies and build its team.

Vantageous: Turning Your Phone(s) Into a Mobile Studio

Vantageous was one of our favorite startups presenting today, so expect a longer post in the near future. The company helps users take video from multiple phones (up to three) and edit them together with an easy, intuitive interface. Videos cost nothing to edit or upload, but users will have to either pay $5 per download or allow the company to put a watermark on their videos.