Today at New York's hallowed Grand Central Station, the MTA announced the winners of its second annual App Quest competition. The challenge, which was a joint event with AT&T, and Polytechnic Institute of New York University (NYU-Poly), received 49 submissions from app makers all over the world, each hawking unique ways to integrate the open data provided by New York's transit system into a cohesive app experience.

Out of the 49 contestants, five apps were chosen to receive funding. The grand prize went to the app Citymapper, a London-based app that uses real-time data to better execute trip planning. The app won a grand prize of $20,000, along with $2,000 for being dubbed the MTA's "Wish List App."

Citymapper is not a app-newcomer by any means. It has been available in London for over a year now, and focuses on utilizing cities' open public transit data into clear information. CEO and Founder Azmat Yusuf said that the entire point of the Citymapper project is to "design a very usable app." 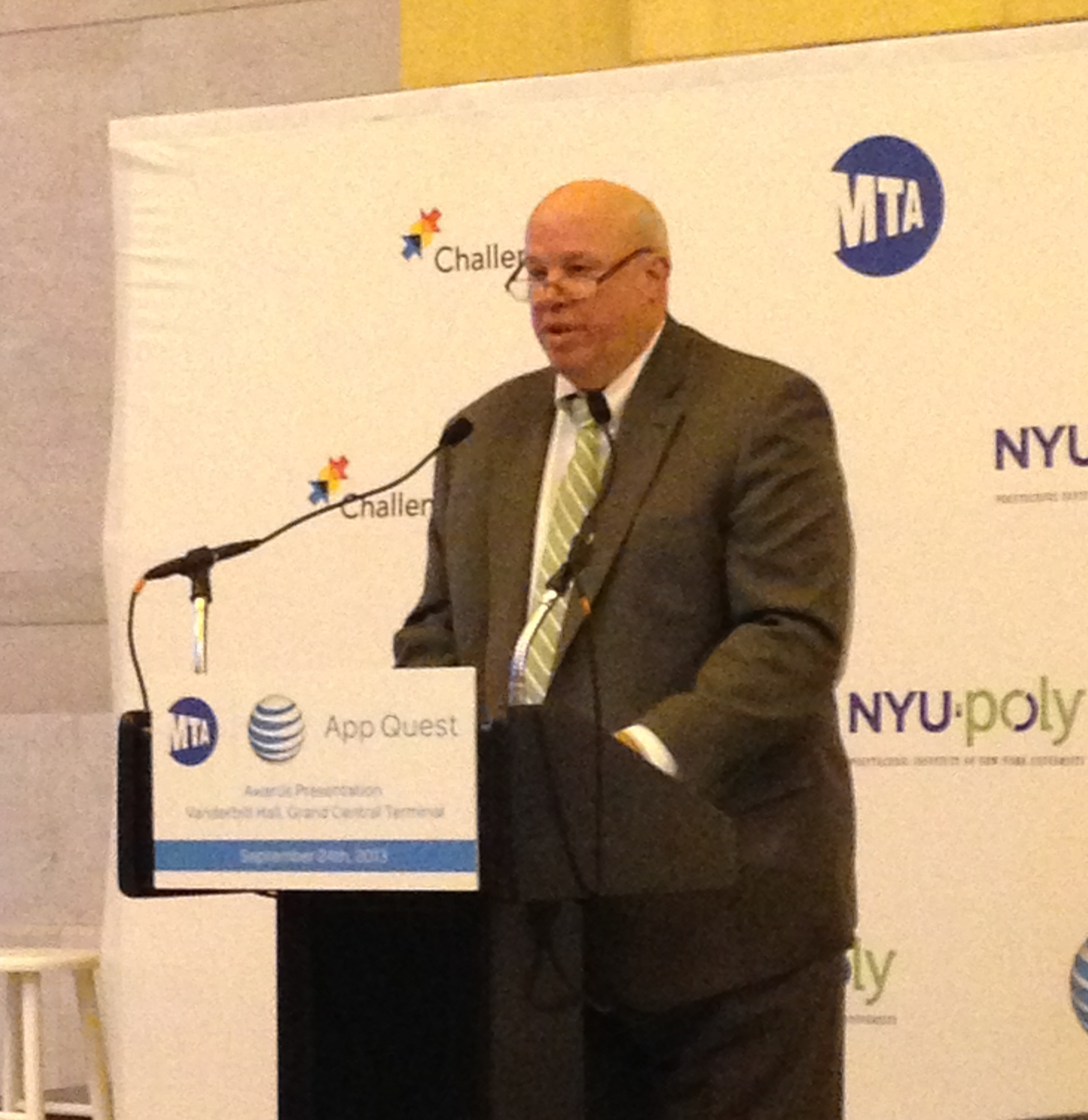 There were a slew of very innovative apps featured, including one that matched New York public transit riders with bus routes and time arrivals, another that assisted visually-impaired riders, and even an app that matched people with their favorite subway musicians.

Citymapper was deemed the victor, however, because of the ways it integrated real-time data and its ability to track multiple forms of New York's transit. This includes subways, busses, and even the newly-introduced Citibikes. Yusuf told me that the MTA's commuter rails will be integrated in the coming weeks.

The real question following all this is: When will New York finally get a truly comprehensive transit app? New York has been working on this for years, and is striving to get more data available to these app makers.

The MTA's chairman and CEO Thomas Prendergast spoke to this during the unveiling, highlighting the need to provide innovative complements to New York's 8.5 million commuters. At the same time, he referenced the many pitfalls of working with a public transportation system that was first built in the nineteenth century.

Compare this to a city like Portland, Oregon, which has just launched a fully-integrated, multi-modal public transportation app that allows users to buy tickets using their mobile phones. New York seems a long way off from this possibility, given some subway lines aren't providing real-time data just yet.

The MTA's Ernest Tollerson explained that bigger and older systems are much more difficult to update to the vastly changing times. "It's easier to mash up new technologies to younger systems," he told me. And, of course, New York isn't a "new system" by any stretch of the phrase.

But it definitely is a step in the right direction for New York. Once Citymapper fully integrates New York's myriad transit modes, it will be very useful to have a honest-to-goodness real-time New York transit app.

And maybe one day it'll be able to purchase tickets as well. While that is in the far-off future, it obviously isn't completely off the table for apps like Citymapper; there are always new features on the horizon.

As Yusuf told me, "we don't consider these apps to ever be done."