Amazon’s next big rival will be a livestreaming video app

From The China Desk

There’s an entire world of unboxing videos on YouTube. Give a kid a tablet and they’ll sit glued to the screen for hours, staring in fascination at close-ups of hands cracking open toy eggs and pulling apart bits of goop. This strange ‘poopsie slime surprise kits unboxing’ has over 12 million views.

And It’s not just kids who enjoy watching people unpack things from boxes. For a few years now, brands have been paying thousands of dollars for influencers all over the world to show their products to viewers on camera.

Meanwhile, traditional adverts are losing their effectiveness. Adblocker usage is increasing, and over a quarter of paid advertising never reaches its intended audience. As brands come up with creative ways to reach their audience, the line between sales and entertainment is becoming increasingly blurred.

But Amazon isn’t designed to be a window shopping platform.

For shoppers who know exactly what they want at the lowest price, Amazon is the go-to platform. But for users who are still weighing up their options, Amazon’s text-centric shopping platform is getting stale. The future is video.

YouTube has been rolling out tools to help channels leverage the platform to sell merchandise for a while now. Facebook and Instagram recently announced they were shacking up with Shopify to help users create customized online storefronts -- blurring the line between social media and ecommerce even further.

As user-profiles begin to look more and more like virtual window displays, Instagram is inching closer to becoming a personalized digital mall for shoppers. This has been a long time coming, but there’s still a long way to go.

There’s a reason why influencers are so...influential.

‘Mimetic desire’ was a term coined by French historian, literary critic, and philosopher of social science René Girard in 1961.

“Man is the creature who does not know what to desire, and he turns to others in order to make up his mind. We desire what others desire because we imitate their desires,” he wrote in his first book, Deceit, Desire and the Novel.

Essentially, we want things because other people want them. And we don’t want the object itself -- we want to be like the person we admire.

Right now, many influencers rely on free products, ads, and the occasional sponsorship for their income. The result is a meager living. Most have to rely on additional sources of income, such as Patreon donations from fans. But the rise of influencer marketing will result in more and more creators releasing products -- and ultimately becoming their own brands. 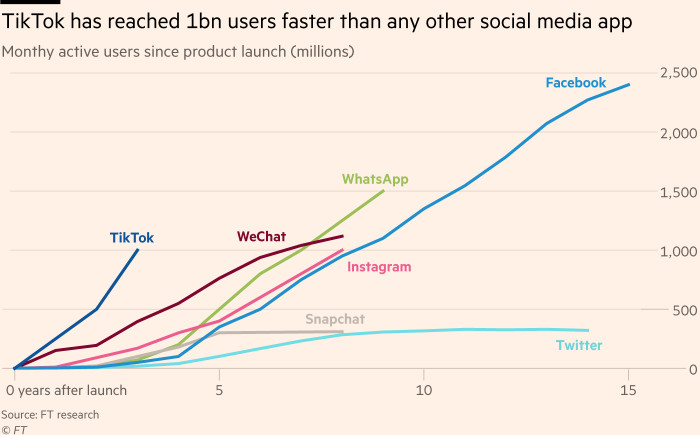 Love it or hate it, it’s impossible to deny the raging success of TikTok. There’s a huge demand for short videos, and TikTok satisfies it perfectly -- there's no login required, and as soon as you open up the app you're met with carefully curated video recommendations that start playing automatically and take up your entire phone screen so you can’t look away. People are already looking for new ways to capitalize on TikTok's popularity and make money.

More recently, TikTok has been testing the app’s e-commerce potential with its new ‘Small Gestures’ virtual gift-giving feature that allows users to send free virtual gifts provided by the app’s brand partners. This isn’t unexpected. The line between e-commerce and video is muddy -- especially in China. By March 2020, the number of e-commerce live-streaming users in China had reached 265 million, accounting for 37.2% of online shopping users and 47.3% of live-streaming users.

“There is absolutely nothing stopping this from taking off in the West,” she said when I asked her whether China’s livestreaming success could be replicated in other countries. “But, people overlook how deep the ecosystem is in China. It's not just slapping on a checkout tool on your livestreaming functionality. China has schools to teach you livestreaming, so there is already a talent pool (also just livestreaming in general does have a longer history there).”

China’s largest ecommerce platform, Taobao, was an ad discovery platform with an ad model from day one. In the first quarter of 2020, it had 726 million active users. Taobao president Tao Fan has said, "(Live) is no longer an embellishment, but the mainstream of the future business model.”

There’s clearly potential -- but it’s unlikely Amazon is going to be rushing to convert its product pages into livestreams any time soon.

“In China people are newer to many brands and products so they do tend to rely more on the salespeople to give them more information but here in the West, people already watch unboxing videos and go buy the item. Livestreaming is similar-ish but much more interactive. There is a whole flywheel here that all need to work (or need to not suck) in order for this to get into high gear,” says Ma.

But once we do figure out how to make it "not suck," ecommerce quickly could begin to look very different.