Viral marketing is what it is

Caught up in the FOMO of the newest private beta startup.

From The FOMO Desk

Clubhouse has started a new wave of exclusive voice chat-based social apps that has people scrambling for invites. We all want to use these apps precisely because we can’t all use them.

If you’ve been on Twitter at all in the past 24 hours, you might have noticed the 👁👄👁 symbol that has suddenly started to appear in usernames.

I think 👁👄👁 is meant to resemble the look on VCs faces when they see a buzzy new app they haven't been invited to yet.

It took about 10 seconds of searching to click on one of the many names sporting this symbol, scroll through their tweets, and find Twitter account @itiseyemoutheye.

‘It is what it is’ - the audio slogan that went viral on TikTok a couple of months ago -- is plastered all over their profile.

There’s nothing about what they’re doing on their website. Just this: 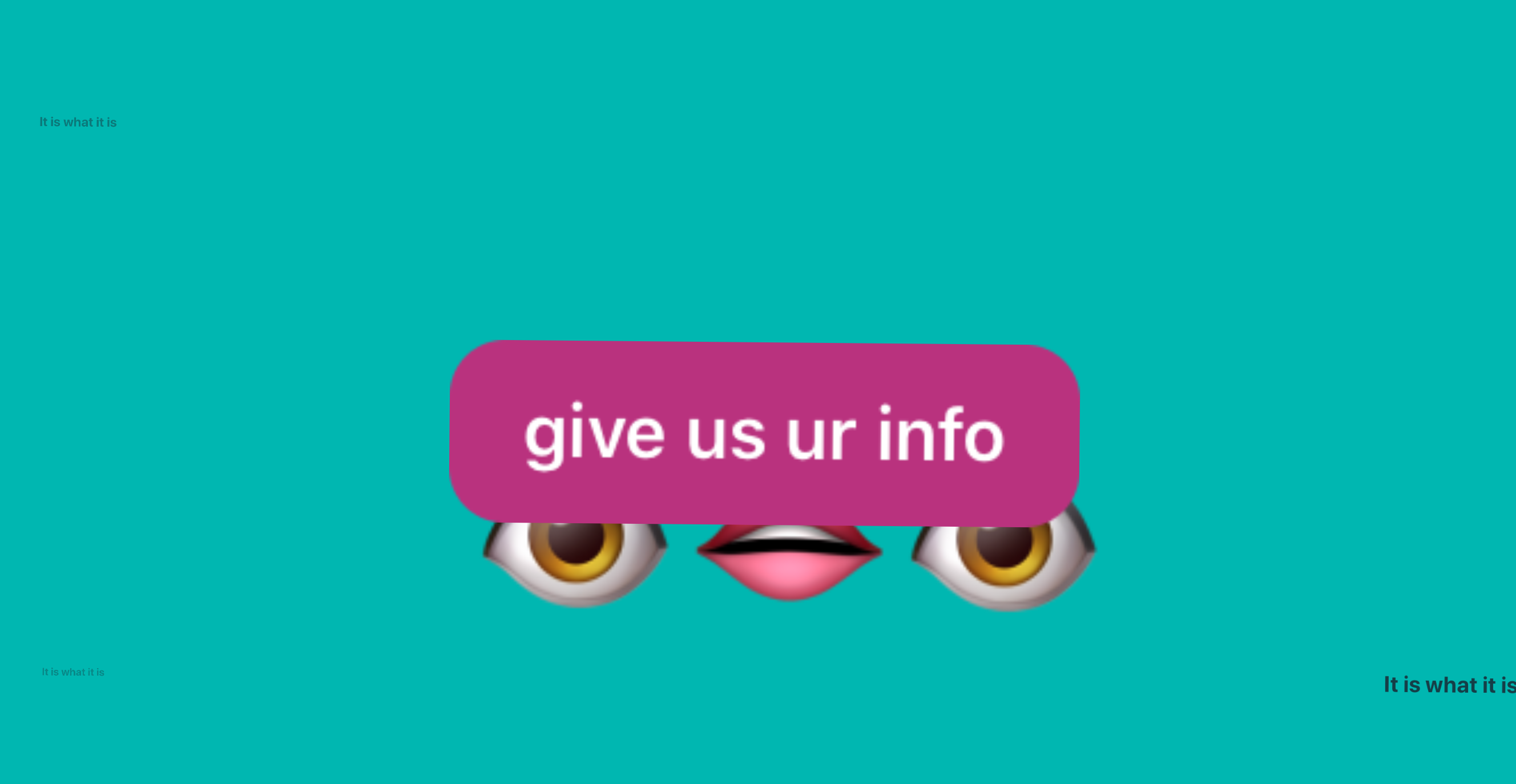 Naturally, I followed the instructions and gave them my email address right away. But that wasn’t enough: 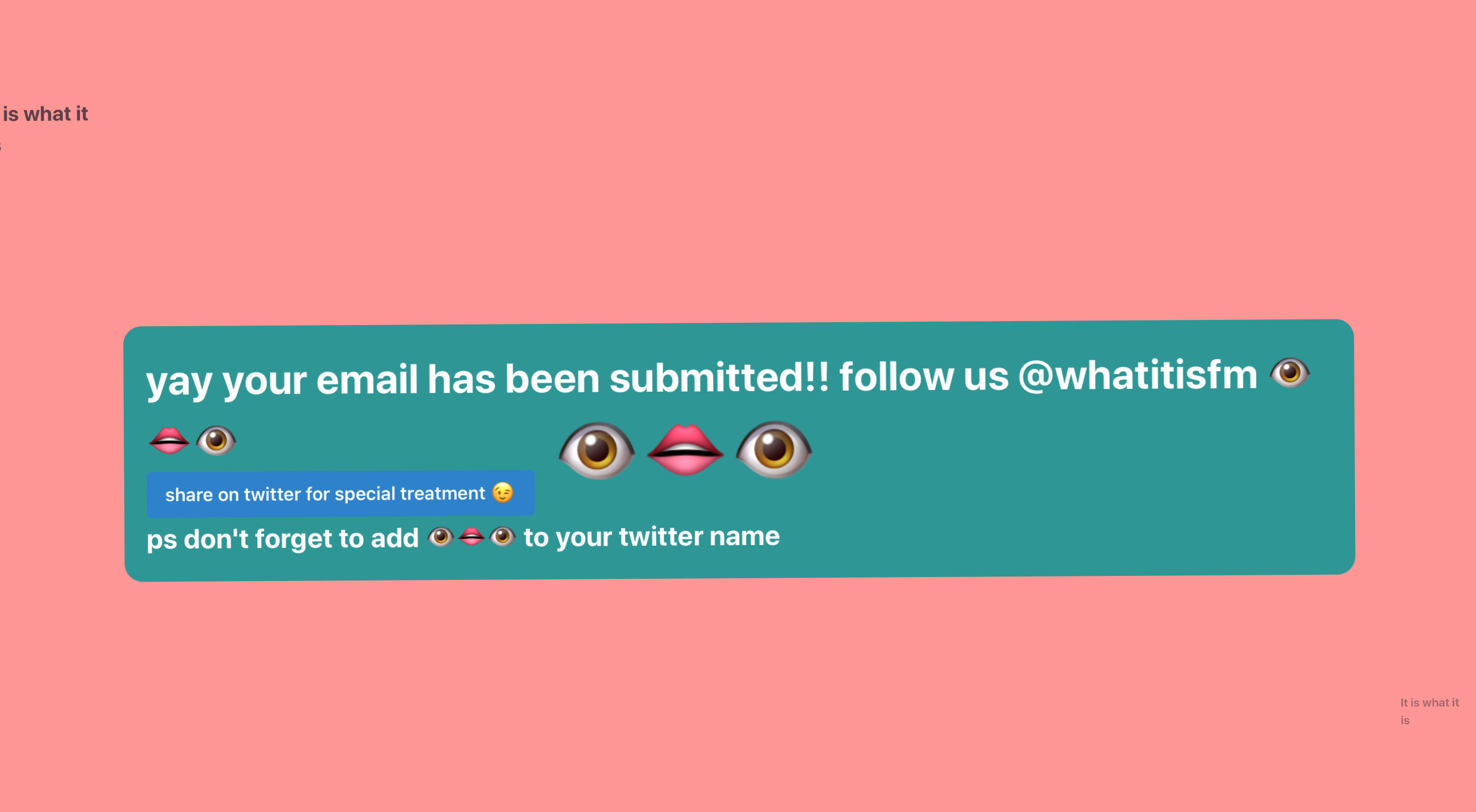 And it’s working. Today, it took the #1 spot on Product Hunt.

"People work really hard, often for months, to release their products on this site. And this is #1 today? It’s not even a product. I feel like Product Hunt is getting trolled here," someone wrote in the comment section.

From the brief inside-glimpse by looking at some of the screenshots posted on Twitter by humblebragging insiders, 👁👄👁 looks like an app: 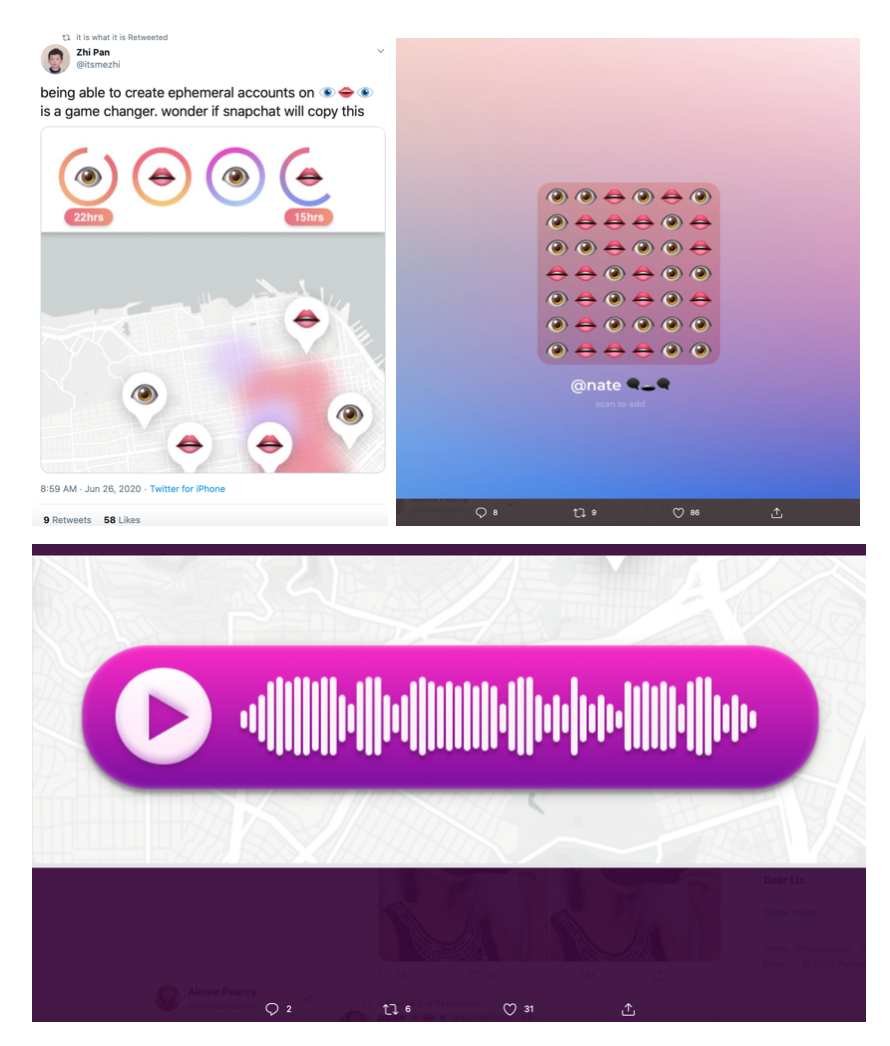 The map looks similar to Snapchat -- except with accounts that can disappear after a set amount of time, and with sound clips instead of video clips and photos.

At a time of social distancing, ‘live’ streaming apps have been a welcome distraction and a way to stay connected. The industry has exploded over the past couple of months. And it looks like they’ll be sticking around long after COVID-19 has passed. Rhys Wallace briefly touched on the benefits of exclusive voice chat apps earlier this week with Twitter and the cool kids’ club.

This is just the very beginning of a long series of TikTok spin-outs made popular by FOMO-based marketing and obscure memes. 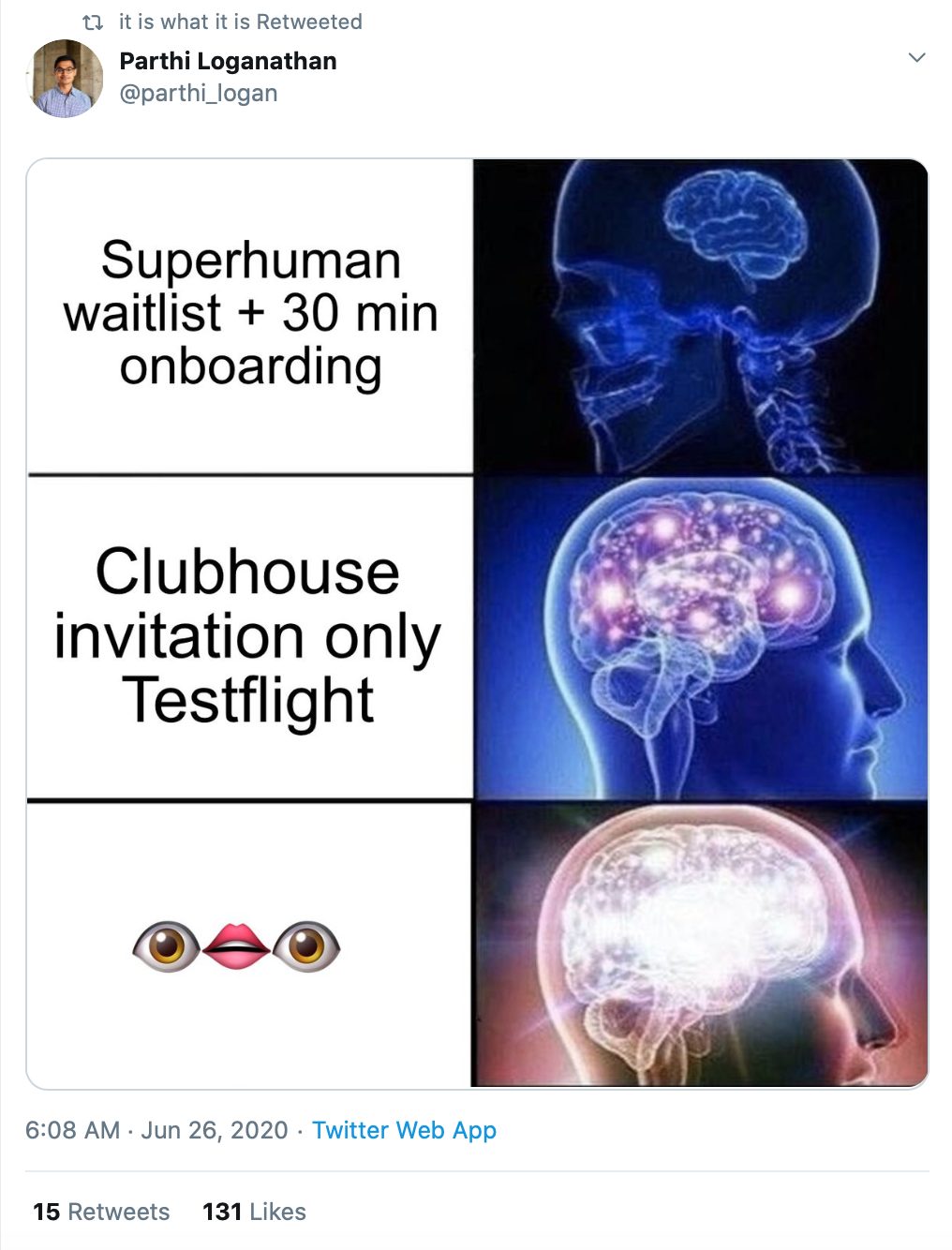 And for extra virality, make sure some people hate your idea just enough to share it with their audience: 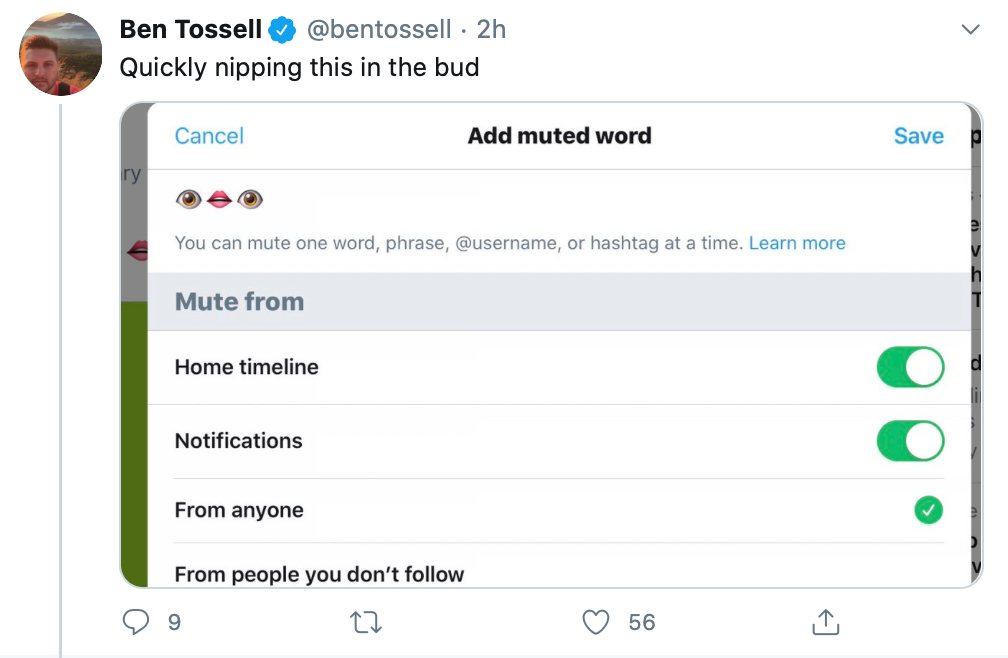 Whatever they're trying to do, it worked -- I still have very little idea of what it's all about, and I've just sat down and written an entire article about it. And while I've been writing, I’ve been refreshing their Twitter page and watching their follower count climb higher and higher.

So aside from viral marketing, what is it? I guess we'll find out at 7pm PST tonight...