From The China Desk

Over the past few years, TikTok creator ByteDance has reportedly invested over $1 billion in the Indian market. Last week, India blocked 59 apps developed by Chinese firms -- and TikTok was one of them.

The ban could cause losses up to $6 billion, and scupper TikTok’s target of ₹100 crore revenue -- the equivalent of 1 billion Indian rupees, or 13.4 million U.S dollars -- by September 2020.

India is the second-most populous country in the world after China. Over 200 million people in India used TikTok each month, and the ban has opened up a huge gap in the market.

Last week Business Inder reported that Instagram Reels is already being quietly tested in India. But what’s even more exciting is the recent surge in the popularity in home-grown Indian apps such as Chingari, Mitron, Roposo, and ShareChat.

According to Reuters, “Roposo, an Indian video-sharing social media app similar to TikTok that has been around since 2014, saw its user base jump by 22 million in the two days after India banned the Chinese apps”.

Indian Prime Minister, Narendra Modi, has previously called for ‘Aatmanirbhar Bharat’ -- a self-reliant India -- and this is exactly what the Chinese app ban promotes.

“‘Let us Code for an Aatmanirbhar Bharat,’ is what the Prime Minister is now telling the tech sector, and has launched a two-track drive to promote existing Indian apps and to develop new ones,” says Shubhangi Tiwari, associate editor at the The Frustrated Indian, a popular political opinion blog in India.

“The current rage against China, as well as the economic downturn that India is going to face this year, has made people desperate for an ‘Aatmanirbhar Bharat’. India’s leadership is using this streak of nationalism to make India finally compete with data giants. The potential has always been there, it just needs to be tapped.”

The Indian smartphone market is currently dominated by Chinese brands 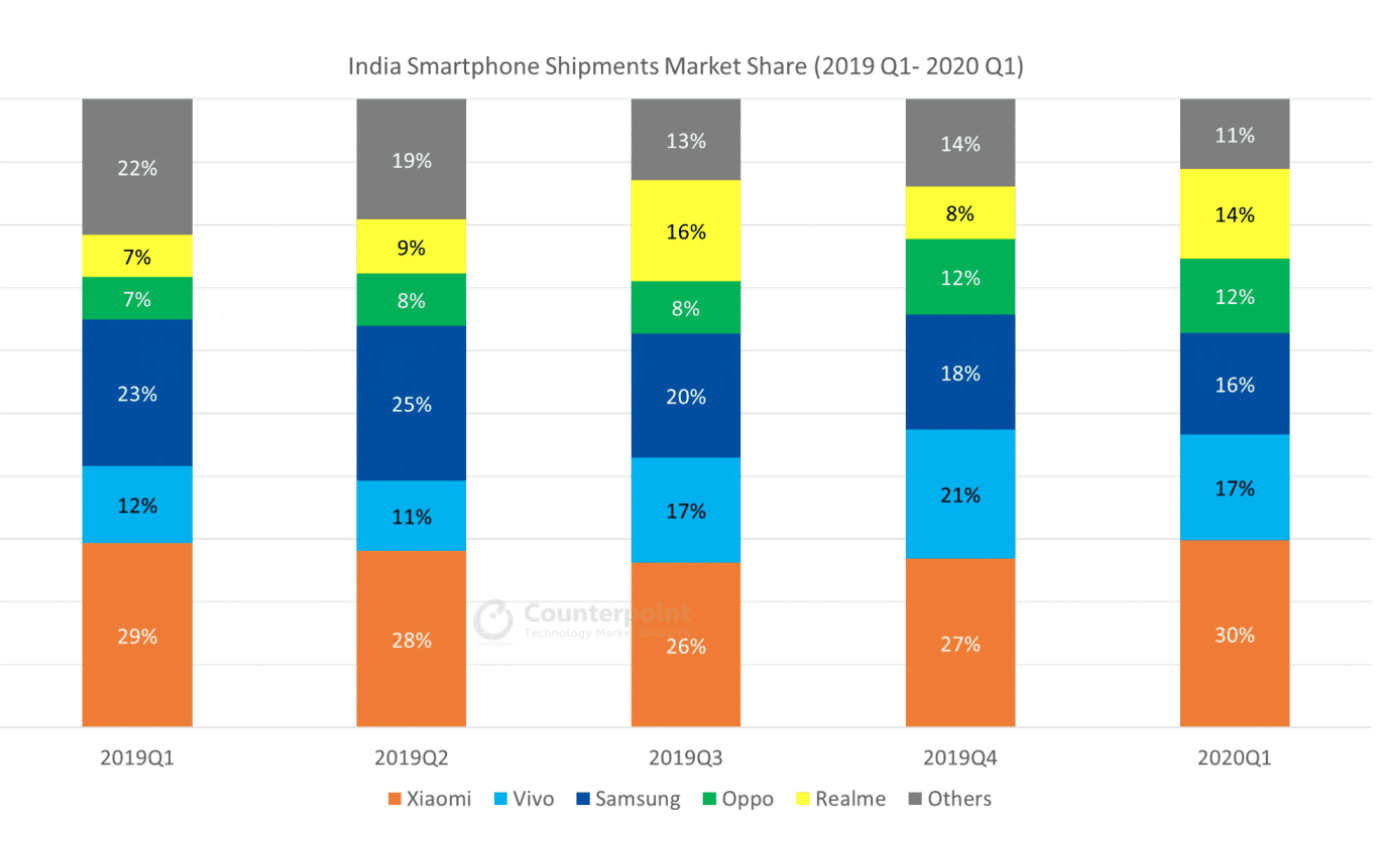 However, it analysts have anticipated that “the share of Chinese smartphone brands in total sales may come down for the first time in the just concluded April-June quarter,” partly as a result of supply constraints and rising anti-China sentiments.

Countries look to boost their own tech industries

In the United States, Trump has recently banned the H-1B visa -- a skilled-worker program that is largely relied upon by the US tech industry. As well as making life more difficult for immigrants, the ban is likely to have devastating consequences for the U.S. economy. Meanwhile, many other countries are desperate for these skilled workers that have been locked out by this ban.

A few years ago, the idea of every country developing its own Silicon Valley would have sounded crazy -- but maybe it’s not too far off. In The great firewall of...Europe? published at the weekend, I discussed the policy paper published by the European Parliament in May, that held up China’s firewall as an example to follow. The idea was to promote a ‘European internet’, and prevent Europe from being “taken over by companies from the US or China”.

On the face of it, the idea seems unthinkable -- but it’s what China has been doing for a long time.

It was only a matter of time before the U.S weighed in.

Yesterday, U.S. Secretary of State, Mike Pompeo warned that the Trump administration is considering restricting U.S. users' access to TikTok over concerns that "U.S. users may be ceding info to 'Chinese Communists'".

In an interview with Fox News, he said:

"We are taking this very seriously and we are certainly looking at it. We have worked on this very issue for a long time, whether its the problem of having Huawei technology in your infrastructure -- we've gone all over the world and we are making real progress getting that out -- we had declared ZTE a danger to American national security," said Pompeo.

"With respect to Chinese apps on people's cell phones, I can assure you the United States will get this one right too."

According to Fox News, Pompeo added that "he did not want to dive into specifics and potentially "get ahead" of any presidential announcement".

This will be a huge blow for TikTok and parent company Bytedance.

Last night, TikTok also announced that it will pull out of Hong Kong, following China's new security law on the city. TikTok has maintained it does not share info with Chinese government - a position it could not have maintained if it had remained in Hong Kong.