I'm a Gen Zer. And almost none of my friends use Twitter.

Here’s why I think that is.

As teens, we are constantly on our phones, watching videos, talking to our friends, participating in all the latest trends, and bouncing between all the different social media apps. Well, except for one: Twitter. 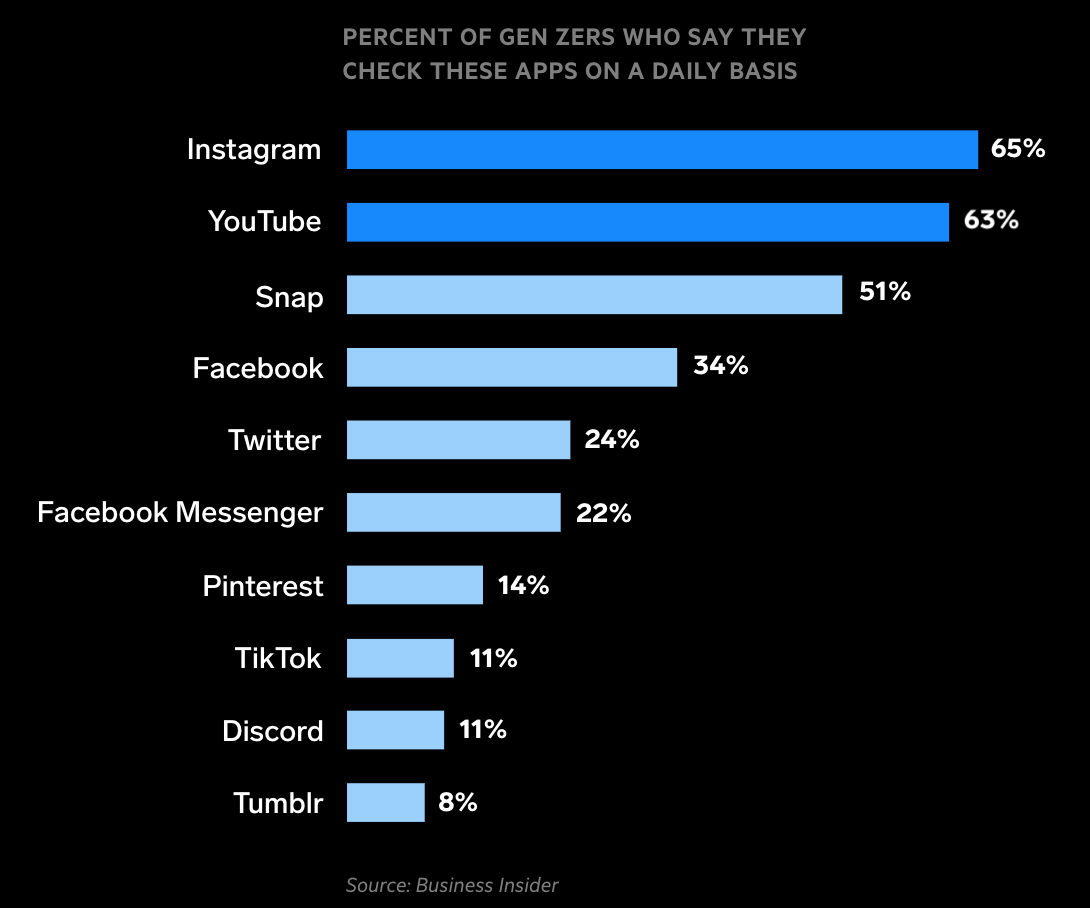 And while Instagram, YouTube, and Snapchat have remained popular over the past year, and TikTok has experienced immense growth and surged in popularity, Twitter still seems to lag behind. But why?

Well, I think there are a few main reasons (disclaimer here that I’m not super well-versed in Twitter, and all of this is just what I’ve gathered from my own experiences).

Twitter has a reputation amongst many of being the most intense — and even toxic — of social media platforms.

So-called “cancel culture” — the act of calling out and ending support for celebrities/influencers for their wrongdoings — is most associated with Twitter. Recently, it’s become increasingly controversial and some believe it promotes harassment, toxicity, and even misogyny.

Stan culture is also a big part of Twitter. This involves online communities of “stans,” who are extremely devoted and even obsessive fans of a certain celebrity or influencer. But stan culture can quickly turn toxic — especially if you’re on the receiving end of the stans’ wrath.

More so than, say, Instagram or TikTok, Twitter’s a huge source of both news and politics. And I think that no matter what your political affiliations, beliefs, or ideas are, this content on Twitter, just because of the nature of our world, isn’t going to make you feel happy. It can be intense and draining and Gen Zers, particularly teens, already dealing with uncertainty and hopelessness may shy away from Twitter because of it.

But wait, you ask? Aren’t these things also present on other platforms as well, even if in lower amounts? And yes, they are. But on Twitter, you can’t escape them. Whereas on Instagram you can customize your feed based on who you follow, and even on TikTok you can customize your For You page through what you like, watch, etc., on Twitter the “News,” “Trending,” and “What’s happening” features are a central part of the app. Even if you try and avoid them, someone you follow will inevitably retweet or like something that will bring you into exactly the rabbit hole you’re trying to avoid that day.

While on other apps you can pretty much choose what content you want to see, on Twitter the entire state of the world (which is almost always bad) is thrown at you, and you really can’t ignore it.

The design and layout of Twitter (in my opinion as a long-time Instagram user) I think just isn’t as good for viewing content as the Instagram model is. First of all, there is a difference in the way the apps’ feeds work. 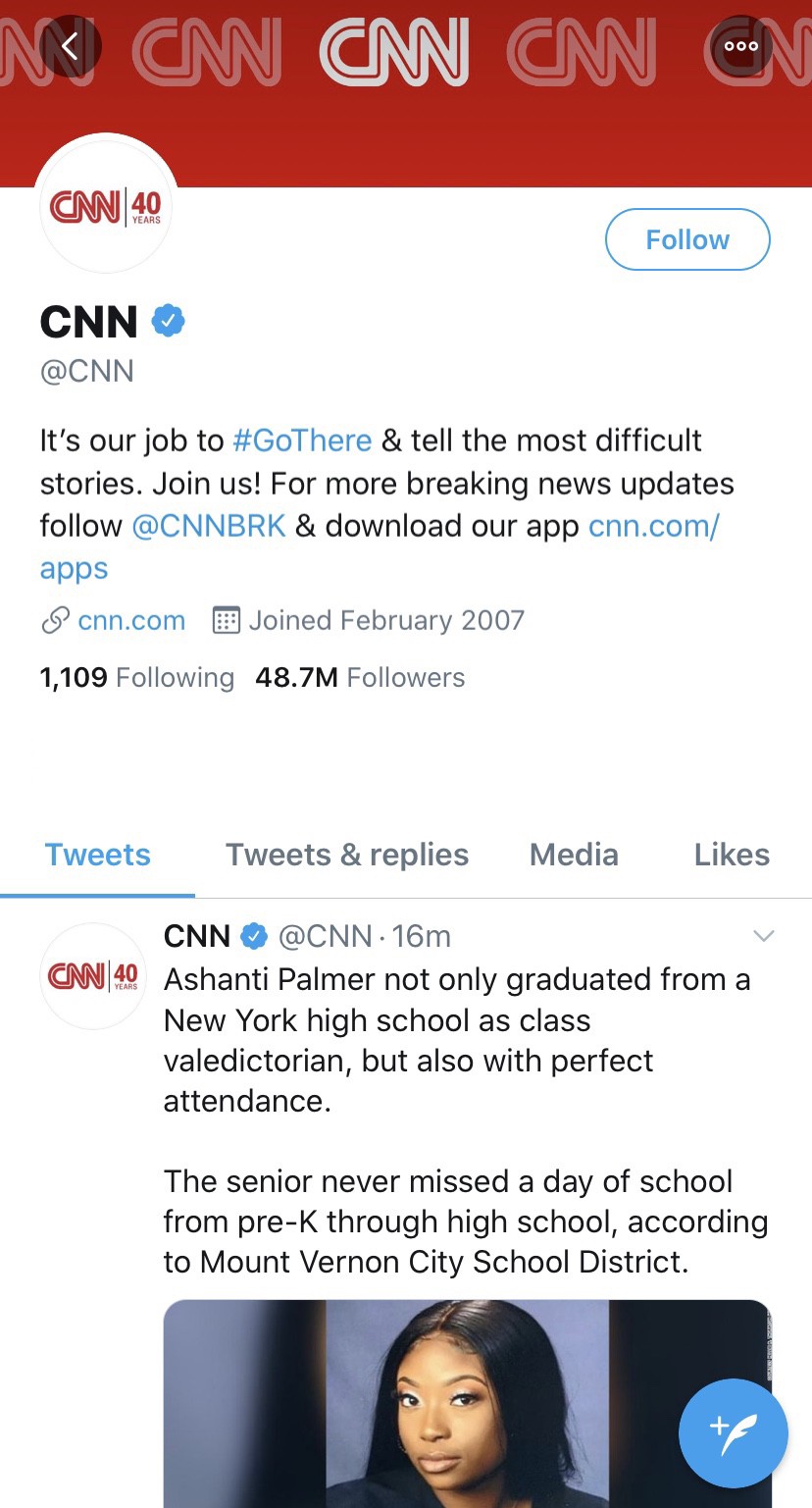 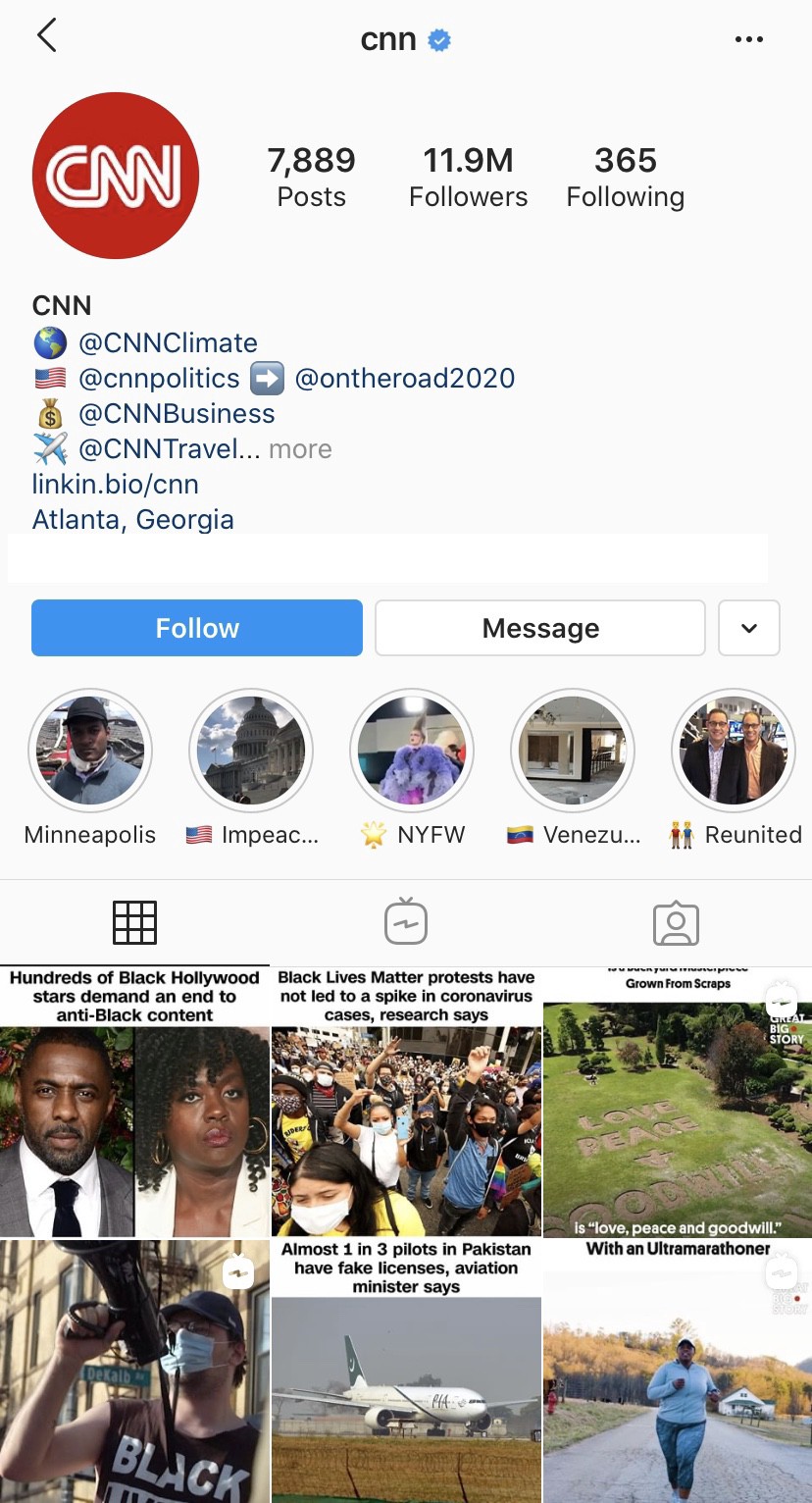 Because posts are in a grid, I could spend 2–3 seconds looking at the Instagram profile and decide what type of content the account posts and whether I want to follow it. But on Twitter, I actually have to scroll through the feed and inevitably be interrupted by retweets, ads, random Twitter suggestions — and if I’m being honest, myself and many other Gen Zers just don’t have the attention spans to want to do that. Instagram’s story and highlights features are also used and loved by many teens because they allow you to post temporary or more casual content that others can view, and even organize it at the top of your profile.

And one of the reasons that I think TikTok is doing so well is because it allows you to have some degree of anonymity — almost everyone keeps their liked videos private, and unlike Twitter, you don’t see a feed of what the people you’re following liked or commented on. This allows you to be more creative and expressive without worrying that your followers will judge you based on your likes or be annoyed if you like a lot of things at once.

So I think the fact that Twitter displays all of your likes and replies to other tweets on your followers’ feeds wouldn’t be super appealing to a ton of teens/GenZers.

Finally, there is the fact that Twitter revolves around text. Although tweets are generally pretty short, a lot of us don’t engage as much when reading things on screens. And I think apps like TikTok and Instagram, which put the focus on photo and video elements, tend to be more visually immersive and engaging to a lot of us.

I think this is the biggest reason that Gen Z doesn’t tend to love Twitter. We tend to gravitate around apps that feel distinctly youthful — like they were made just for us. Ones that adults just “don’t get.” I think TikTok’s Gen Z-focused community and content were what drove a lot of us to the platform in the first place. And when Instagram was just starting out, there was a fun little community of Gen Z users we were interacting with, and even as older people and brands have joined the platform, that initial community has remained strong.

But Twitter’s kind of the opposite. It’s a strong community for many millennials, as well as professionals — scientists, journalists, politicians, programmers — people who have a defined handle of who they are and the content that they are putting out in the world.

But there isn’t that same defined community for Gen Zers, especially younger ones. If you join Instagram as an average Gen Zer, it’s almost guaranteed that within a week or so, you’ll have at least a couple hundred followers, if not more, just based on all the people you know from school, activities, etc., that are already on the app. But since there aren’t as many Gen Zers who already have an active presence and community on Twitter, there isn’t really a huge pull for the rest of us to get on the app.

I also mentioned earlier that Twitter revolves around text. However, since today’s Gen Zers usually use video or photo content, some feel that it is not as supportive of their work and creative outputs. For example, YouTuber Gus Johnson recently made the following video called “how twitter verification works.”

And this isn’t to say that there are no Gen Zers using Twitter — but I think the ones that do usually have some reason to use it, whether that’s to get news or join a specific group of people, such as a stan community for a certain celebrity. For example, I only started actively using Twitter very recently when I started writing about tech and culture, in order to see updates and thoughts from others in that community. And while popular Gen Zers on Twitter do exist, it seems to be harder to build a following, just because there are already so many accomplished and famous people on there (and most Gen Zers are just beginning their careers, if they’ve even started thinking about them at all). There isn’t the sort of creative experimentation and spontaneous random growth patterns that seem to happen on TikTok, for example.

I could very well be wrong, but personally I don’t see teens’/Gen Z’s Twitter usage increasing that much anytime soon — it just seems too saturated to me.

(Side note here: There is an increased amount of content on Twitter making its way onto TikTok (in which people will basically stand in front of the tweets using TikTok’s greenscreen feature), which I think may encourage more Gen Zers to use Twitter, but I don’t think this has had a hugely significant impact on Twitter usage as of right now.)

I definitely think TikTok plays some of the roles that Twitter does for older folks/professionals, for Gen Z — in allowing people to find news, discover niche communities, etc. Where I see the most potential for growth right now, however, is Instagram — I think we are in a unique time for Instagram, where people feel freer to create accounts for their passions, hobbies, experiments, etc. instead of just curated versions of their seemingly-perfect lives.

In just the past few months, I’ve seen Instagram being used in all kinds of unique and powerful ways — from showcasing instances of racism and injustice at high schools and colleges, to Story challenges, to clothing businesses, to zines. And that’s just the start — there’s also food blogs, literary magazines, youth-led nonprofits, and probably a bunch of other things I haven’t even seen yet.

I also think there’s an increasing feeling of open communication on Instagram, in which people aren’t afraid to reach out to others that they don’t know personally, whether it be for professional or personal reasons, which I don’t think was really the case before.

As social media is getting more and more creative and connected, it’ll be interesting to see what Gen Z does from here — whether that be on Instagram, Twitter, TikTok, or even on a completely different platform.