Today, Facebook finally announced that it would finally stop suggesting that we all join QAnon -- with a loophole.

Facebook has a weird habit of funnelling radical right-wing, pro-Trump conspiracy theories and misinformation towards users who don’t want to see it.

For a while now, the platform has been “cracking down” on far-right conspiracy theory groups.

Back in June, Facebook pledged to limit the spread of ‘Boogaloo’ -- which refers to a potential U.S. civil war or the collapse of civilization -- groups admit protests. It claimed that it would “no longer recommend such groups to members of similar associations”.

And yet, here we are again. Different group, same problem: 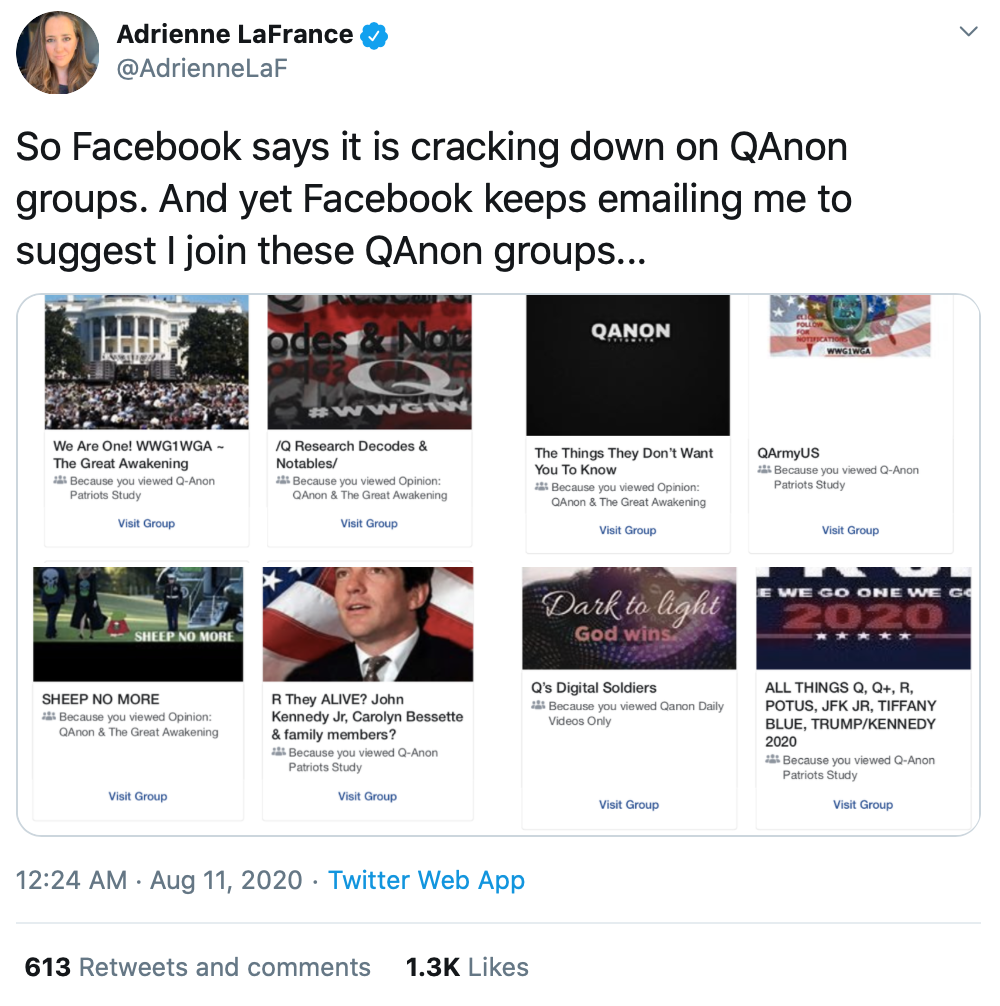 The pro-Trump QAnon group is about as batshit as they come. Members embrace a wide range of unsubstantiated theories, such as the United States being controlled by sex-trafficking, Satan-worshipping paedophiles, who are plotting against Trump and his supporters.

It has a large social media following, and documents have shown that Facebook QAnon groups, which are increasingly being used to radicalize users, have millions of members.

Over the past few months, platforms have been struggling to reduce the spread. As soon as one of these groups is squashed, another dozen seem to pop up in its place. It’s like a strange far-right game of whack-a-mole that ends with a slow descent into fascism.

Today, Facebook finally announced that it would finally stop suggesting that the rest of us join it.

This is the biggest action that Facebook has taken so far -- but the announcement comes with a loophole that’s buried in the last sentence of a long paragraph: 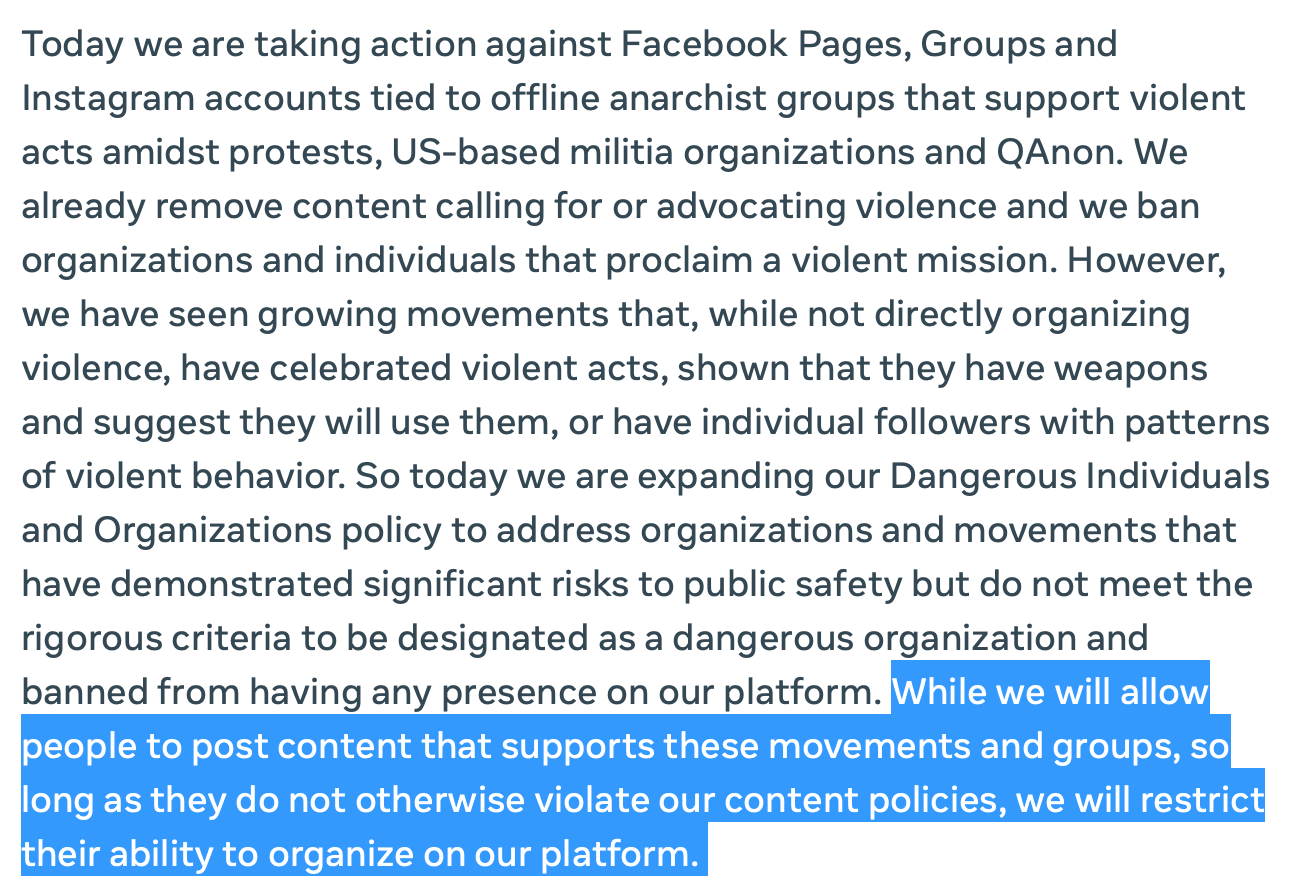 Essentially, you can still discuss these groups and send links via Facebook -- but when it comes to organizing an activity, you’ll have to be slightly more discreet.

You know, just move to text messaging or something.

I’ve been watching the documentary series “Unwell” on Netflix over the past couple of days. Five episodes in, and one thing stood out: virtually every crackpot theory linked back to some weird, niche Facebook group that people had joined.

Bodybuilders were buying untested, unpasteurized breast milk from random women they found on random Facebook groups, and then drinking it because...apparently it's good for you?

Facebook's "crackdown" is nowhere near enough -- and Zuckerberg knows it. As Marko Saric said, please get your parents off Facebook. At the very least, get them out of Facebook groups.