The UK just took back control of its borders...and then handed all its data over to Peter Thiel.

Palantir is already buried deep into the heart of the United States. Now, it’s getting cozy with the United Kingdom.

The UK government just handed over a contract for oversight of the UK’s post-Brexit border and customs data to Palantir.

The Guardian has revealed sensitive documents unveiling how Palantir is set to manage the data analytics and architecture of the UK’s new “border flow tool” as part of a contract that would be in place by September 11. The tool is designed to gather data on the transit of goods and customs to "mitigate and manage potential disruption at the border" from 31 December this year.

Palantir is owned by Peter Thiel -- the right-wing billionaire who made his fortune as a co-founder of PayPal. Thiel is a prolific Trump supporter and a board member at Facebook.

A large proportion of Palantir’s business is from supplying data analytics software to branches of the U.S. government. Some of its biggest customers are the CIA, the NSA, and the FBI. It also has contracts with the Space Force and the Navy, and provides ‘mission-critical’ software to ICE -- the organization that became famous for busting migrant childrens’ relatives. Palantir also has a history of working with Cambridge Analytica on the data it acquired. According to whistleblower Christopher Wylie, Palantir staff “helped build the models we were working on.”

Earlier this year, it was revealed that Palantir had been recruited in Downing Street to compile and analyse datasets to assist the government’s COVID-19 response. As part of this contract, the UK handed over access to sensitive NHS patient data.

A government contract published online revealed that initially, Palantir was paid just £1 for its work. But in July, the contract was extended for four months without going to competitive tender, for £1 million.

As of August 2019, Palantir had approximately $1.5 billion in government contracts alone: 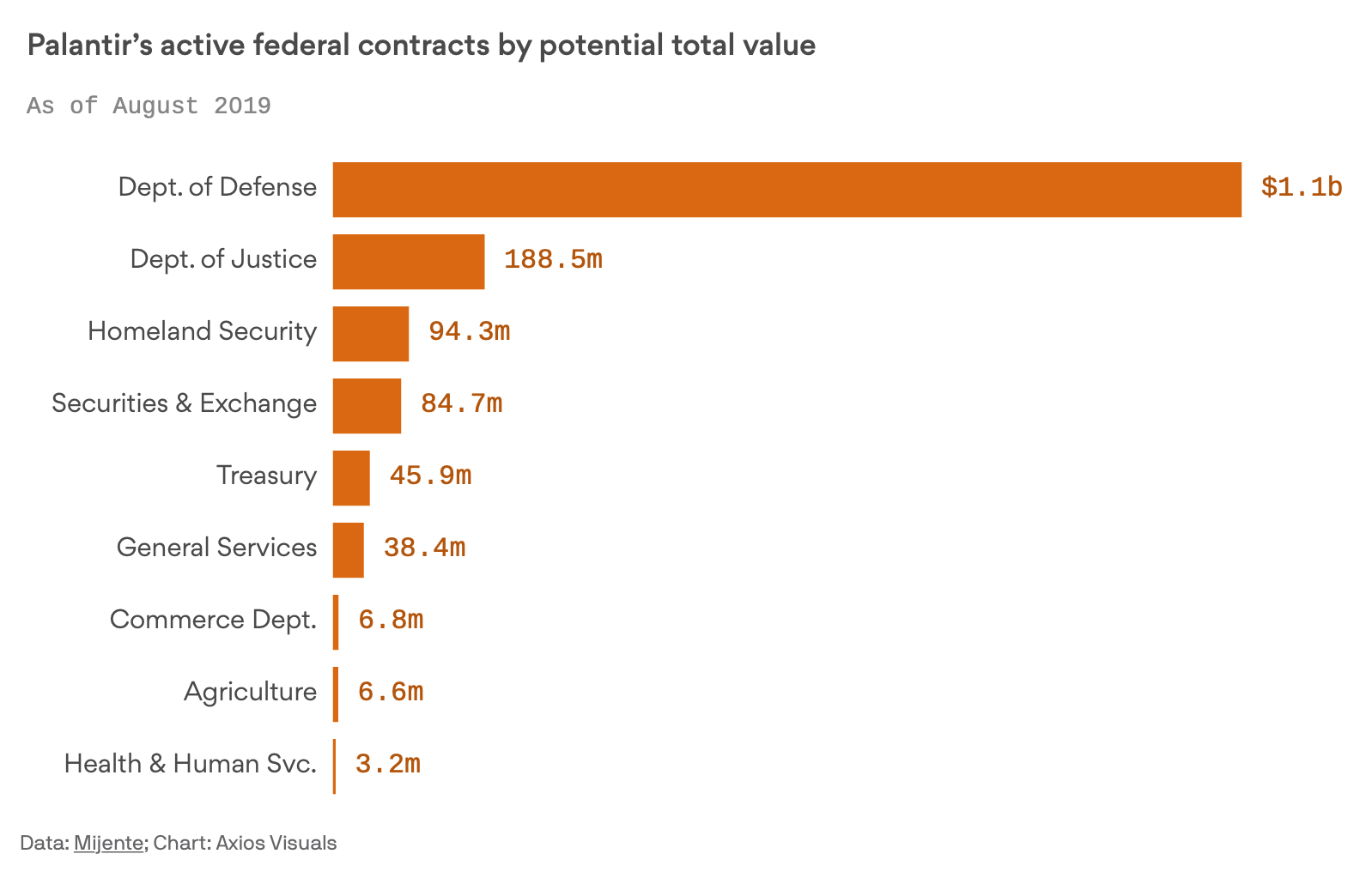 According to financial documents released on August 25, Palantir’s ‘growth strategies’ include: ‘become the default operating system for data across the U.S. government’, ‘become the industry default’, and ‘expand our reach with U.S. allies abroad’.

It’s hardly surprising that one of these key ‘allies’ is the United Kingdom.