Hootsuite signed contract with ICE then lied about it

Vancouver's beloved B Corp has been accused of working with ICE

Hootsuite, an all-in-one social media tool that allows users to schedule posts across multiple channels, has been accused of signing a 3 year contract with the U.S. Immigration and Customs Enforcement (ICE) by a tweet that has gone viral on Twitter. 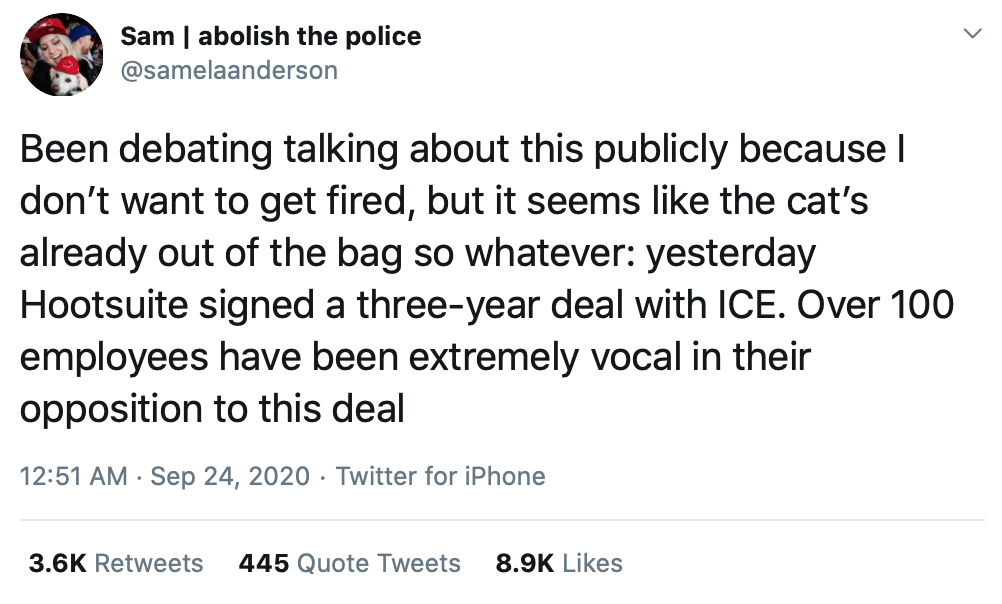 The Twitter user appears to work as a product trainer at Hootsuite. The tweet has since gone viral, and has received over 3,800 retweets and 8,300 likes.

Following the tweet, another user created a petition for Hootsuite to cancel their contract with ICE directed towards Hootsuite CEO, Tom Keiser. At the time of writing, it has 301 signatures.

Hootsuite has also received a flurry of public complaints from users urging it to cancel its ICE contract. Many users are also posting screenshots of themselves deleting the app, and some are calling for the company to have its B Corporation status revoked. 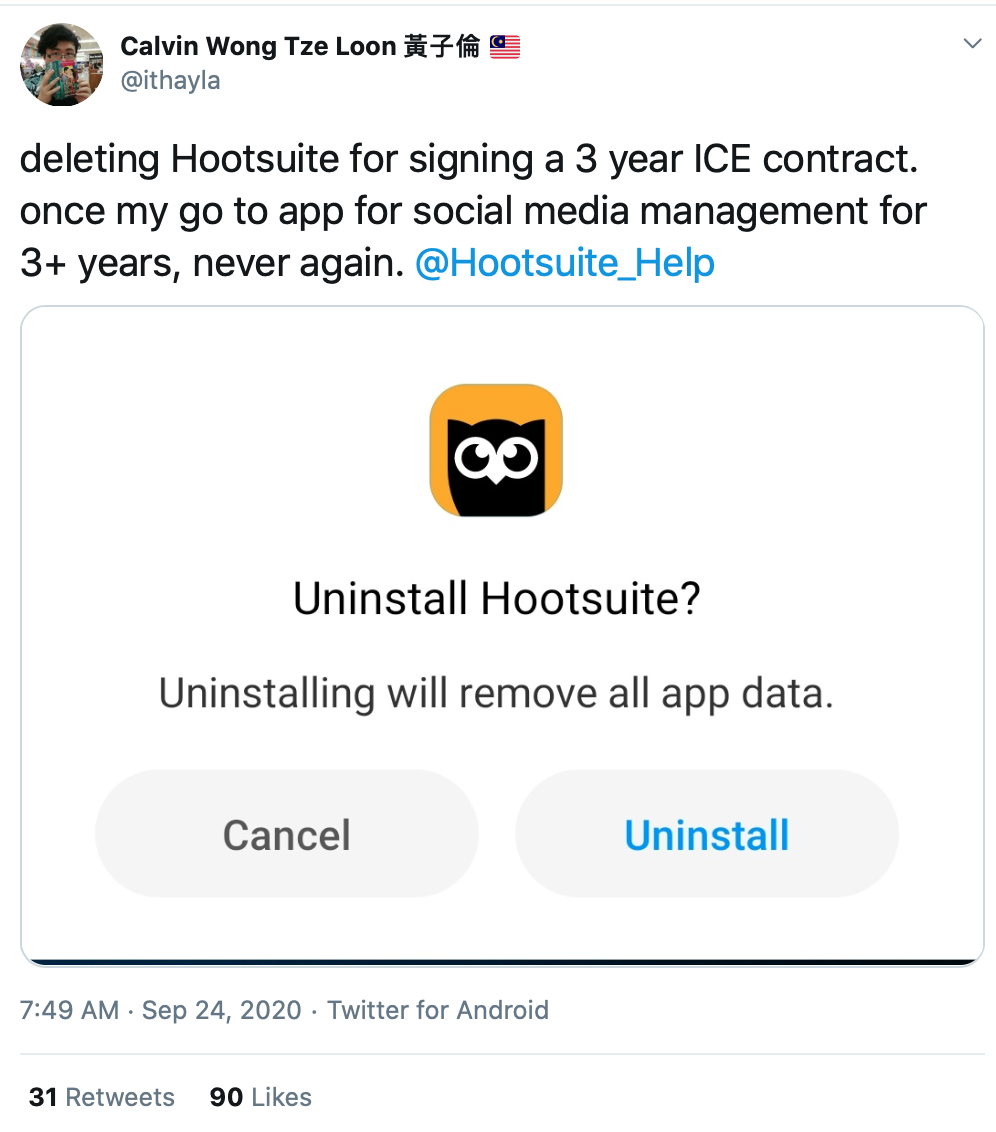 B Corporations are “legally required to consider the impact of their decisions on their workers, customers, suppliers, community, and the environment”. Hootsuite was awarded its B Corp status in June 2015.

But according to reporters at BIV, Hootsuite has denied that it has entered a deal with ICE.

“As a business, we do not discuss specific customer deals, however, because of the sensitivity in this particular case, I can confirm that Hootsuite is not entering into a deal with U.S. Immigration and Customs Enforcement,” Hootsuite spokeswoman Melanie Gaboriault wrote in an email, according to BIV.

Hootsuite did not immediately respond to a request for comment from Pando, and has yet to make a public statement about the incident. We have also reached out to the user who published the original tweet, who is also yet to reply. We will update this post when further information is received.

Despite Hootsuite's denial, SAM.gov shows a contract for $508,832.48 for a three year deal -- one base year and two 1-year option periods.

Screenshots from the contract are pasted below: 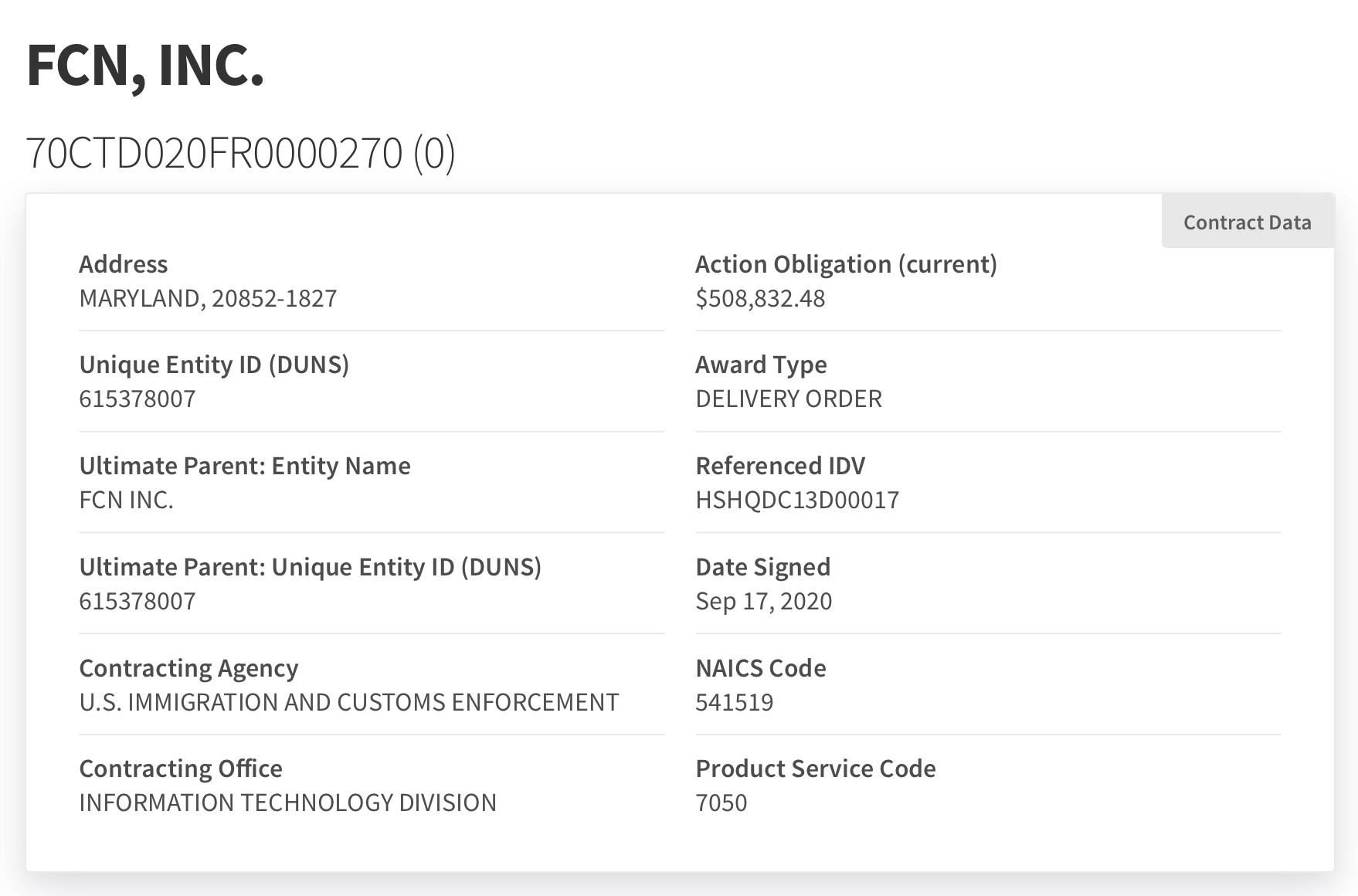 In a statement devoid of all responsibility, Hootsuite has just announced on Twitter that "due to attention", the company has decided not to do business with ICE. Hopefully it's actually telling the truth this time. 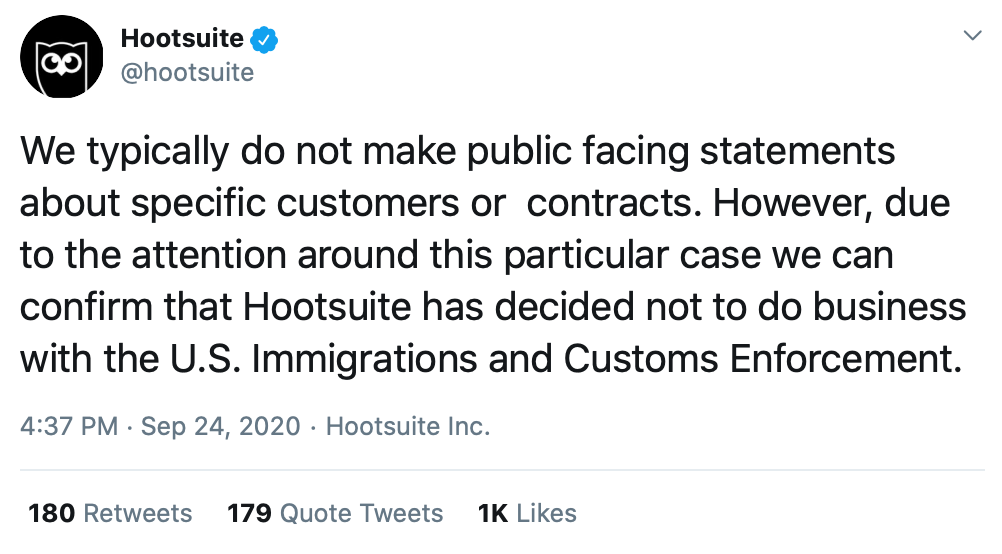