Just when we thought diet companies couldn’t get any worse, it looks like a fake miracle weight loss thread is circulating Twitter...again.

"Detoxes" and "cleanses" have become all the rage for people desperate to shed pounds. While there's still little evidence that they actually work, that hasn't stopped marketers from trying to push them.

And yet, skeevy weight-loss marketers have been hustling so hard through the pandemic that they're putting Gary Vee to shame. And in an attempt to seem more "relatable", they've changed their approach... 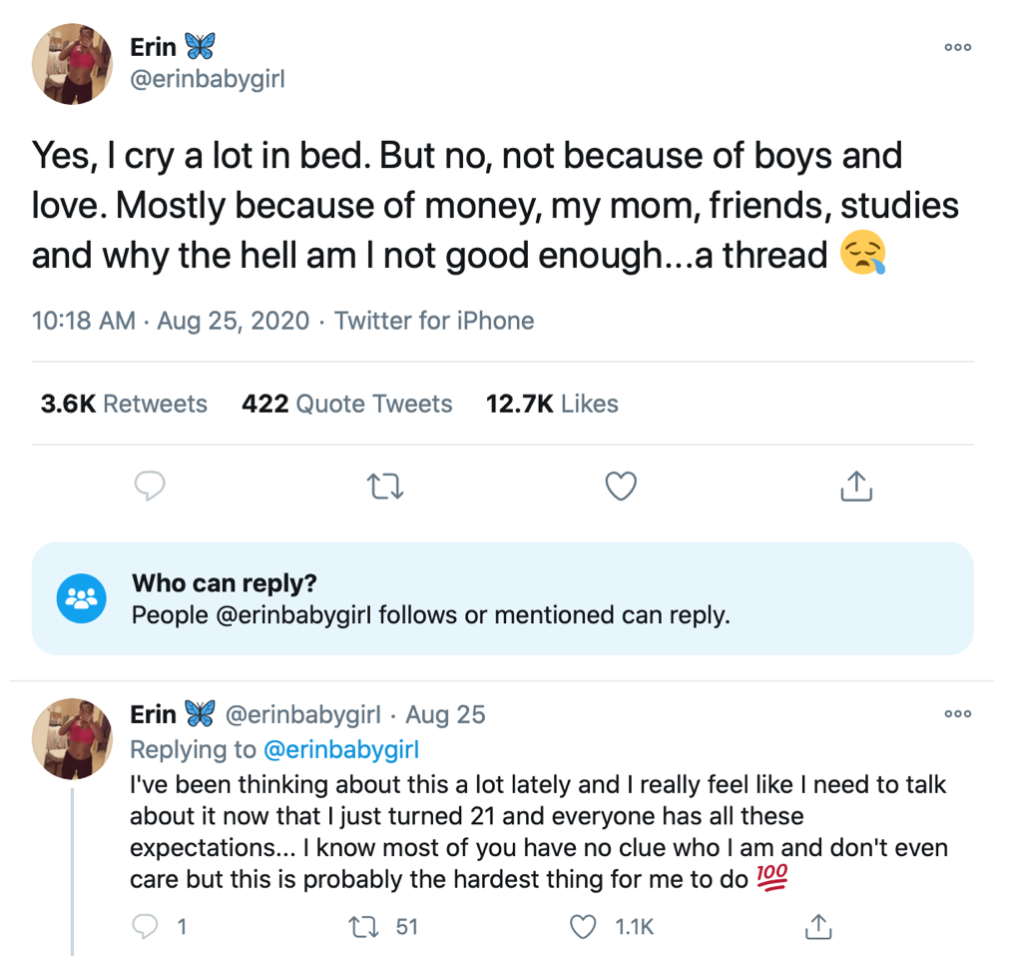 For months now, a viral thread has been circulating Twitter. Most of these threads have been posted by a bot account posing as a young woman named “Erin". The threads have appeared under several different account names, including @erinbabygirl, @erinbabyygirl, and @awwerin04.

The ad itself resembles one of those spammy chain mail threads we all got forwarded back in 2007 -- except it’s much more emotional and insidious.

It’s not the first time this has happened -- it turns out this marketing tactic has been circulating for years. Back in 2018, VICE reported that “skinny tea” marketers had stolen a fetish model’s photos and used them in a similar thread.

The thread, which targets young girls, masks itself as a young woman in distress. It isn’t immediately obvious that the thread is fake, and the link is well hidden -- so far it’s racked up over 3,800 retweets, 447 quote tweets, and 13,400 likes. To avoid being called out, only people following the account can reply.

But it’s not long before the thread author starts suggesting losing weight will solve their problems and make them happier. And, most importantly of all, the slip in a link to their website. 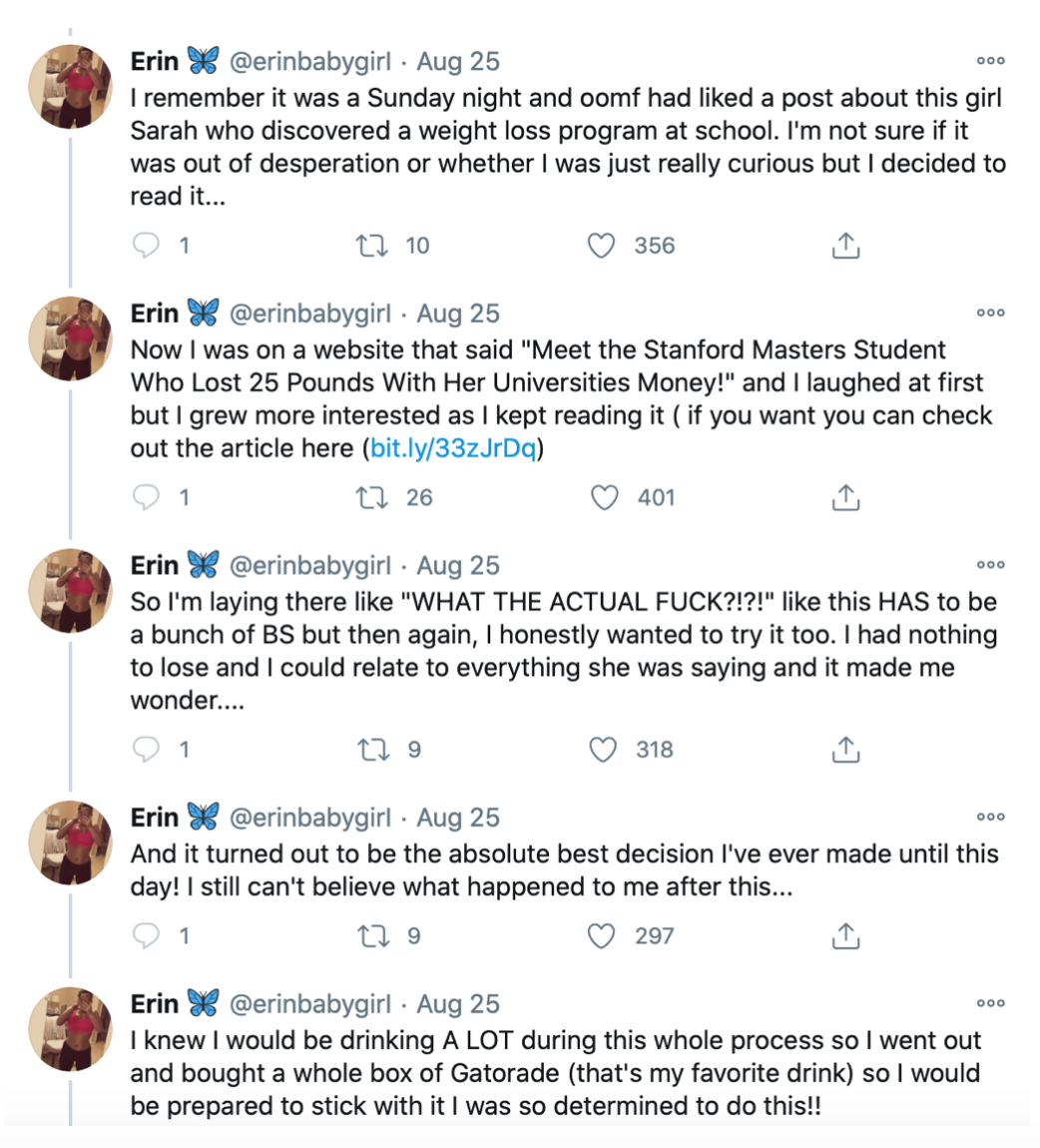 As if it isn’t already obvious enough that the entire purpose of the account is to shill diet pills, the profile even links out to a diet pill website. 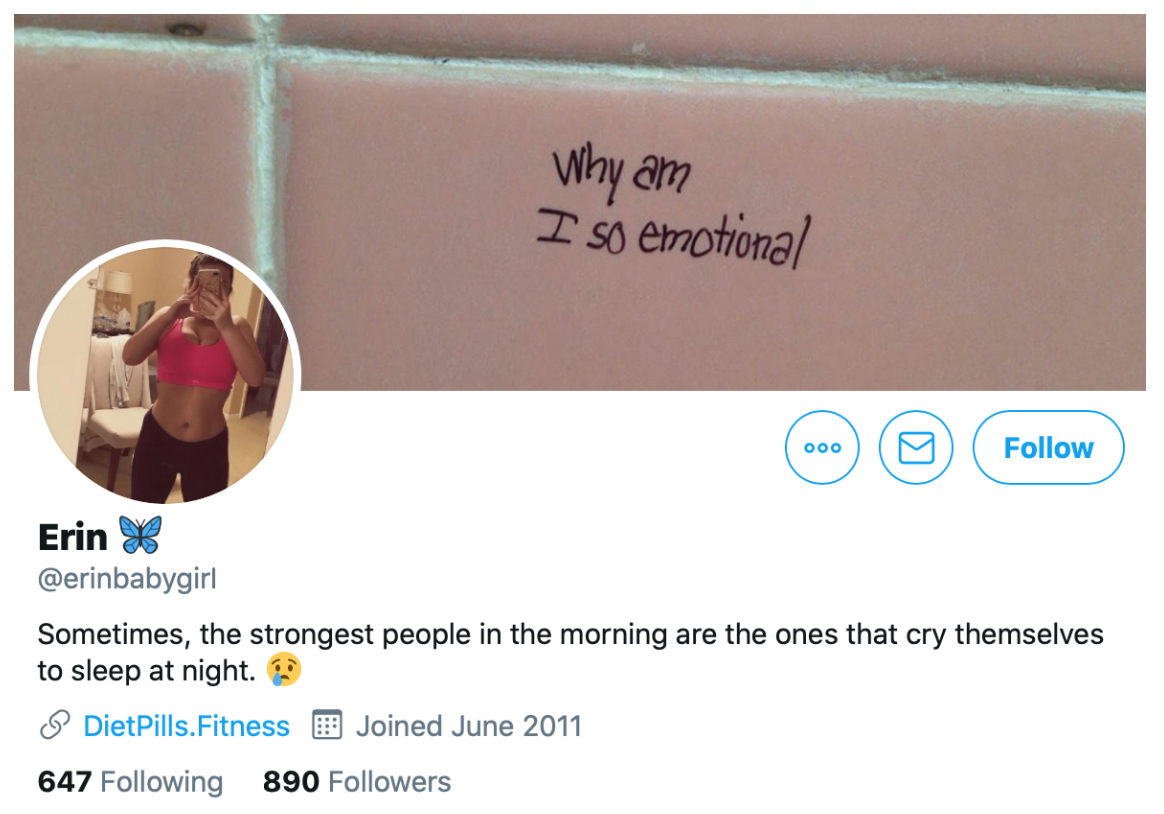 According to the who.is domain name search tool, the website was registered on 24 March 2020. The registrant information remains private:

There are tons of other accounts retweeting this and promoting this tweet. Some of these accounts seem genuine, but most are other fake accounts with pictures of other young girls, likely created by the same organisation: 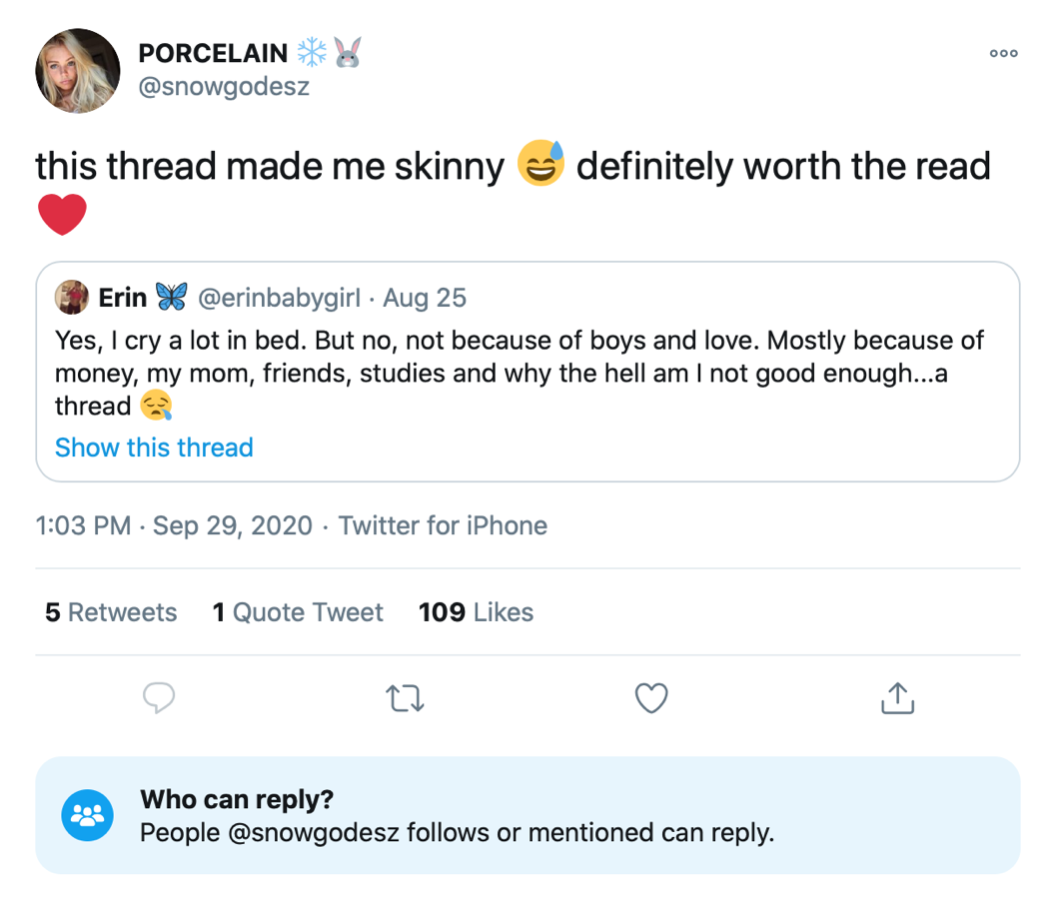 This marketing scam has been going on for years. Back in 2015, a single individual was found to have created over 750,000 fake Twitter accounts to peddle Green Coffee Bean Extract (you guessed it -- another type of diet pill!).

Over five years later, it looks like the tactic is still holding strong.

I reported all of these accounts on Friday, but have yet to receive a response from Twitter.