Banks are turning to TikTok to teach teens about finance

To stand out in the crowded online banking space, banks are working to make financial education more accessible.

From The Money Desk

Students are graduating with an average of $5,000 in credit card debt and $30,000 in student loans. Meanwhile, 34% of teens are currently unbanked, only 21 states teach personal finance content in schools. It’s hardly surprising that young people are turning to the internet to learn about taxes, investing, and saving for retirement.

People are using these platforms to learn new skills. 60-second TikTok videos are teaching people about topics from white privilege, to police brutality. Many of these videos are flooded with young viewers commenting things like, “I never understood this and you just explained it to me in 60 seconds!”

For some young people, these videos are the first time that they've heard anyone even touch on the subject of personal finance.

Talking about money is still taboo

When Tori Dunlap graduated college in 2016, she realised how large the inequality is between genders, races, and socioeconomic statuses.

“In the United States, we've been told that talking about money is gauche. It's impolite to talk about money. It's rude to ask people what their salary is or how much they have saved,” she says.

This led Dunlap to set up Her First 100K, an organisation dedicated to helping women feel more financially confident. It's clear that there is a desperate need for this service: in the space of only a year, the community has grown from 30,000 people to over one million.

Relying on social media for financial advice has its drawbacks

Last month, Vox debunked some of the terrible financial advice that is going viral on #FinTok or #StockTok, such as this video that wrongly suggests owning an S corporation means you don’t have to pay taxes, and this video where a man suggests that viewers can become millionaires if they open a compound savings account with his company (yikes).

Making sure you’re getting your information from a reliable source is important. But for Dunlap, it goes beyond doing the bare minimum credibility checks.

“You need to also find people that you actually trust in terms of values. Are these people talking about things that matter to you? If you are a proponent of the Black Lives Matter movement, which I think everybody should be, are you consuming content from people who do share your value in that?” she says.

“There's a lot of financial educators, unfortunately, who do not acknowledge this systemic oppression. And they're telling you that if you're poor, it's your fault. And that's just, frankly, not true. And if you're consuming financial advice from people like that, but you don't share those same values, it might be time to find somebody else.”

To stand out in the crowded online banking space, banks are working to make financial education more accessible

It's hard to make banking and personal finance sound sexy. But that hasn't stopped corporations from trying.

“Up until recently, traditional banks hadn’t considered teens as a profitable cohort, even though they’ve already amassed $75 billion in spending power,” says MacDonald. “So instead, they’ve taken an ‘off the shelf’ approach, reskinning the same apps used for older generations -- with different needs -- and marketing these clunky products directly to teens; not to mention often requiring minimum balance fees and capitalising on teens’ mistakes by charging them overdraft fees.”

To help promote the app, Step partnered with sixteen-year-old Charli D’Amelio, the world’s largest TikTok star with over 100 million followers, in December.

“Some things that I've just recently learned about was credit scores, and thankfully Step is helping me build mine before I even turn eighteen, which is amazing," D’Amelio says in a video published on Step’s TikTok account at the beginning of February. She grins and pulls a Dunkin' Donuts cup into the shot. "This is probably what I spent the most money on my Step card with."

“Gen Z really resonates with Charli and she’s provided this enormous platform for us to reach teens,” says MacDonald. “In many ways, our partnership with Charli has allowed us to supplement financial education in the 29 states where this curriculum is not currently being offered in school.”

More recently, Step has added baseball star Alex Rodriguez and internet personality Josh Richards to its list of investors. Step also has a strong social media presence and regularly interacts with its young userbase through relatable posts on its Twitter account. 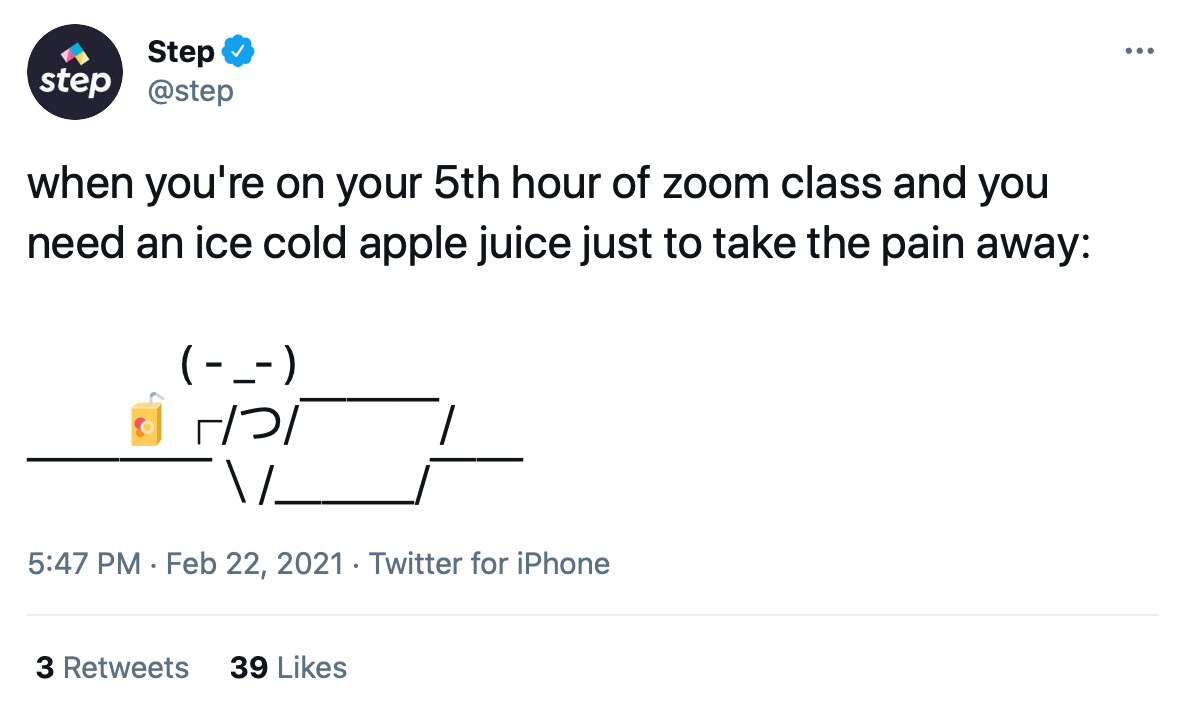 “I would argue that a large part of the financial literacy crisis is due to our flawed approach to reaching and appealing to today’s youth,” says MacDonald. “We know that most teens aren’t learning about personal finances in school and for the lucky few that are, most curriculums are focused on outdated practices like learning how to write a check instead of helping teens learn about modern-day money practices like how to budget in a cashless society.

“Unfortunately, teens aren’t learning about money at home either - many still view personal finances as a taboo topic for discussion or simply don’t know where to start. This is where these digital platforms can have a huge impact.”

But finance tips can only go so far

For many young people, financial problems are less about personal choices and far more about rising living costs and stagnant wages.

A recent study by the Economic Policy Institute has found that the growth in compensation is lagging far behind that of the productivity of the American employee. 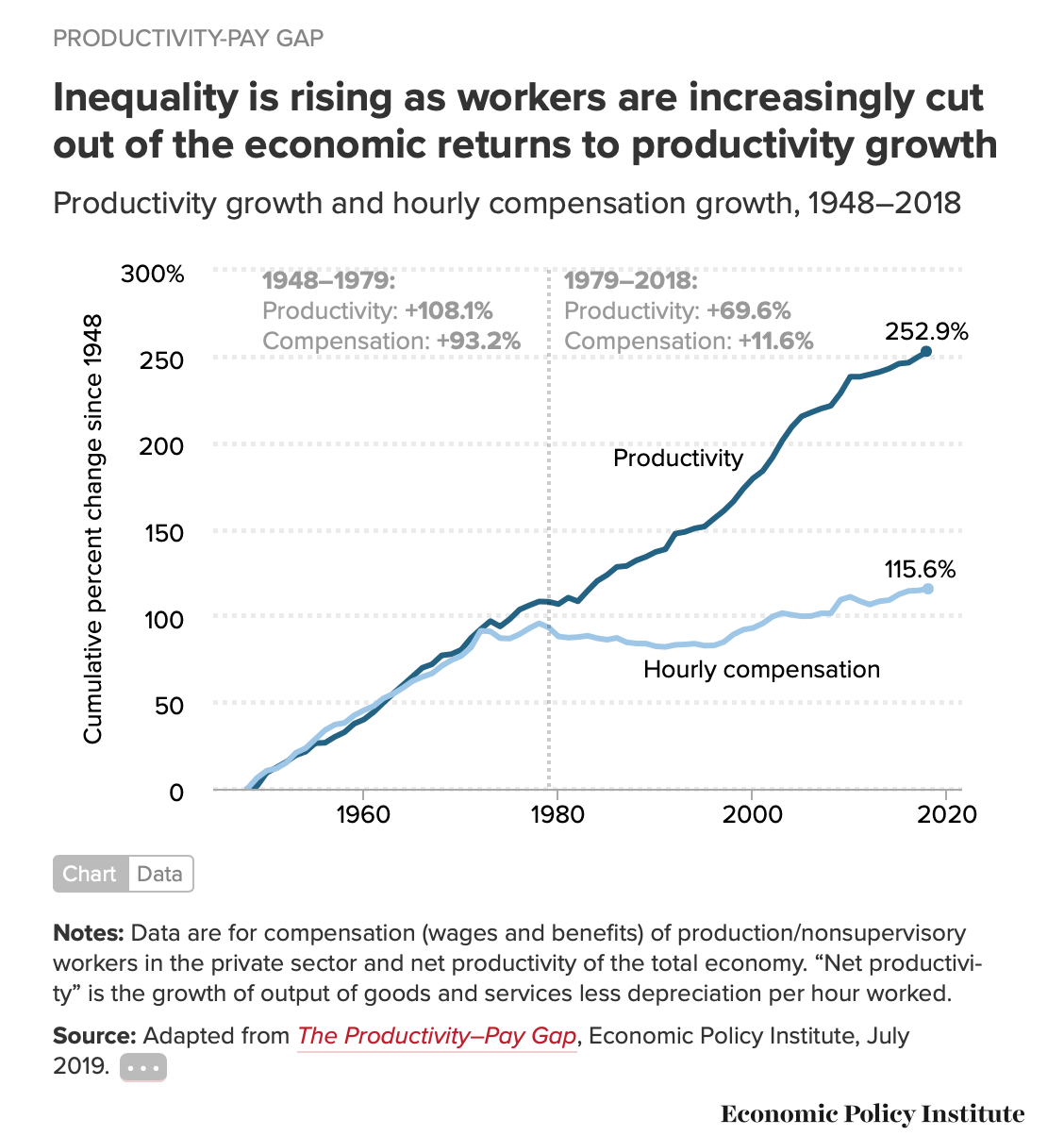 Since 1948, net productivity has risen by roughly 258 percent. Meanwhile, hourly compensation has risen by only 116 percent.

This study also fails to account for the Covid-19 pandemic, which has impacted the earnings of the poorest households the most. Since Covid hit, one study reveals that 63% of Americans say they have been living paycheck to paycheck. Another shows that 40% have experienced food insecurity. The effects of this crisis on these communities will remain long after the pandemic has officially ended.

Financial literacy is important, but no matter how much we teach people, it will never be enough if people aren't being paid enough to save anything in the first place. After all, it is impossible to “be good with money” if you don’t have money in the first place.