Don't Laugh at Google Glass: They're Goofy, but They Will Save Us from Ourselves

So Google’s heads-up-display glasses are goofy.

So what? A lot of technologies are goofy until they become ubiquitous. Television is a box of moving pictures showing people doing things somewhere else. You’re watching a piece of glass instead of the real world. And those people on the screen? You don’t even know them. And the things they’re saying? They’re just reciting a script. You’re spending four hours a day watching strangers—some of whom may be dead—in your living room, and you’re having a ball.

Success has a way of turning the goofy into the ordinary. When everyone does something, it becomes normal. See also: Talking on the phone. Telling the whole world everything you like on Facebook. Trying to craft a witty review of your neighborhood’s taco truck in fewer than 140 characters. You’re used to it, so the inherent goofiness melts away.

But Google Glass is disruptive and antisocial.

Really? Hold on, let me take this call. OK, one second, just gotta finish sending this text. Now, what were you saying? Oh, right, it’s antisocial. These glasses disrupt the tender interpersonal dynamics we’ve built up over millennia of human cultural evolution. We are all such interested, attentive people, and Google Glass would never fit in with—and perhaps even threatens—our delicate social fabric.

OK, whatever you’ve got to tell yourself to sleep better.

In truth it’s hard to recall a single invention in the history of technology that was doomed for being too antisocial. Often, indeed, closing out the real world in favor of the digital one is the point of successful technologies. In 2001, Apple unveiled the first consumer electronic device of its comeback. It looked like this: 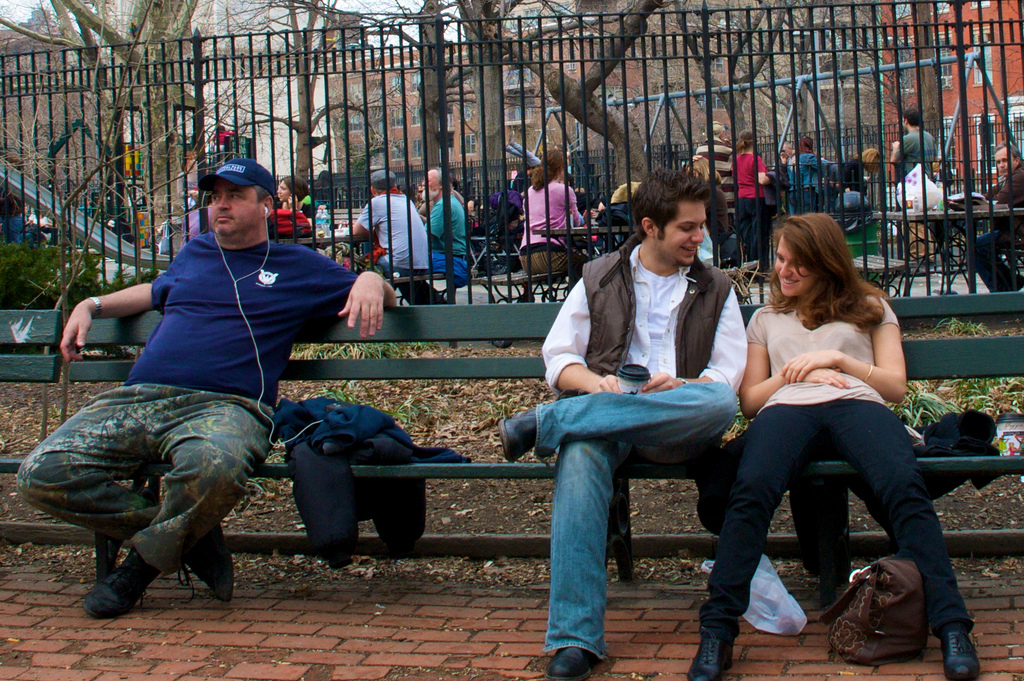 Five years ago, Apple launched a device that would upend how people interact with the Internet. It looked like this: 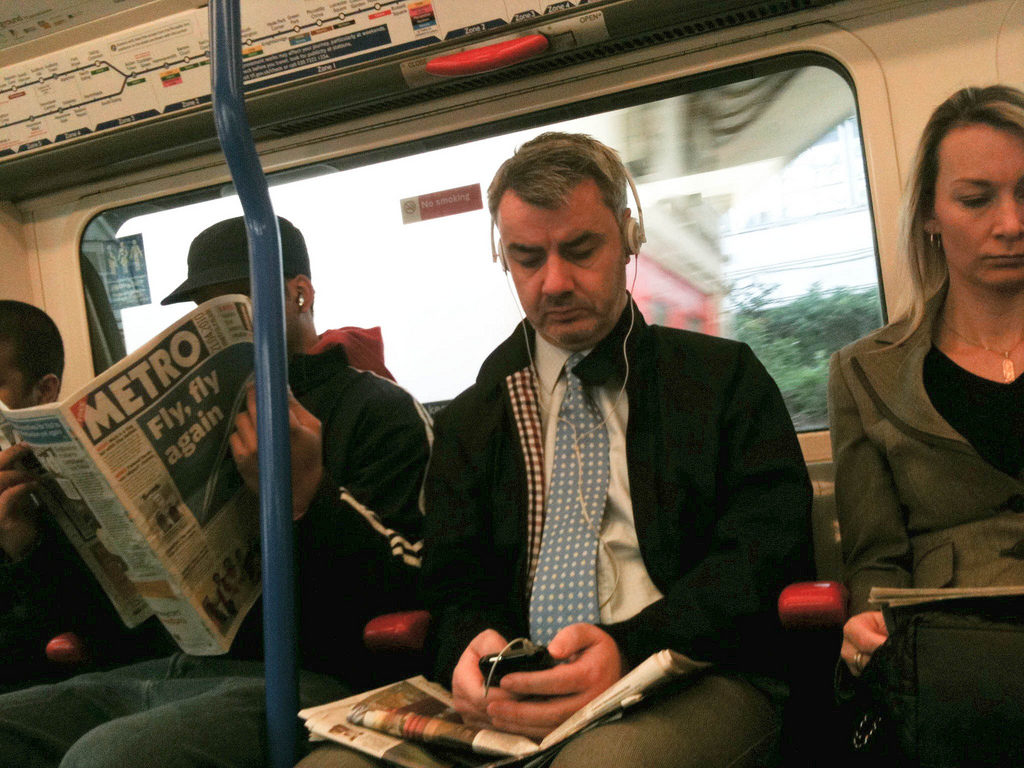 Then in 2010, Apple gave us something else. Here’s how people use it: 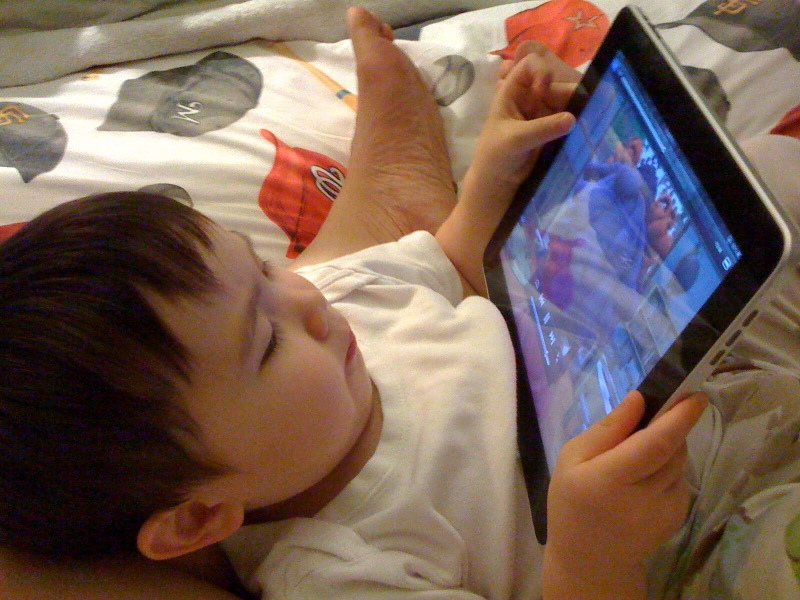 Is this unfair? You might point out, after all, that people use the iPhone and the iPad to deepen their social connections. Texting some of your friends while you’re dining with other friends might look, to an outsider, like a grave social offense. But depending on how you do it, and depending on the context of the dinner and the implicit or explicit social permissions you’ve been granted, this behavior might be totally fine. If you’re 25 and at a birthday dinner with seven bros from college, nobody is going to feel slighted that you pull out your phone to let another bro know where you’re hanging out. If you’re 29 and meeting your girlfriend’s parents for the first time at Chez Panisse, keep it in your pocket.

The point is that apparently antisocial technologies creep into our lives all the time, and we all find a way to fit them in without ruining how society works. Yes, we’ve got to come up with rules for appropriate behavior. Sometimes those rules are technological—phones sold in Japan, for instance, can’t mute their camera’s shutter sound in order to prevent upskirt photos. Sometimes those rules are social; it’s technically possible to use your smartphone to record every single conversation you have, but you don’t do so because everyone would egg you.

Yes, some people are douches and ignore all rules. But we don’t let douches determine the future of technology.

Wait a second, though—haven’t we all had enough?

Yes, we’ve allowed ourselves to be ruled by cellphones and music players and tablets and etc., but look where that’s led us. Look how scattered we all are! Look how many things you’re juggling while you’re just trying to have a nice dinner with your bros!

Do we really want to add one more thing to the mix? Especially something you wear on your face?

I’m glad you asked. Because this gets to the real promise of Google Glass: It is the only device on the horizon that offers any hope of freeing us from the digital invasion.

Everything that the smartphone took away, the heads-up display will give back.

Why am I so sure? A few weeks ago, I interviewed Thad Starner, a technical lead on the Glass project, for a story in MIT Technology Review. Starner is a wearable computing pioneer. He’s been wearing a heads-up display—various incarnations of his own homebrew system—since the Clinton administration. At his lab at the Georgia Institute of Technology, Starner has done lots of research into how people react to wearable machines, and how these devices can alter social dynamics. Based on his years living with the device and his research, Starner argues that digital goggles offer one commanding advantage over phones—an improvement so fundamental that they could alter how society interacts with computers.

You’re in a meeting. Your phone just buzzed in your pocket. The message could be important, but it could be trivial. You have no idea. How fast—and how inconspicuously—can you check it?

If you say you can do it in fewer than 5 seconds, I don’t believe you. You had to fish the phone out of your pocket, look at the screen, focus your eyes, and—depending on your phone and the type of message it was—you may have had to slide to unlock, click an app, or perform some other such nonsense.

The same task on a heads-up-display is just a matter of shifting your gaze. It’s a half-second action, like checking you speedometer while you’re driving: A quick glance to see if there’s an emergency, then shift back to the road.

In fact, Starner says, it’s even better than that, because the image on a heads-up-display can be set to the same focus as what you’re looking at in the real world. So when you look from reality to the HUD and back, your eyes don’t have to refocus. Looking at the screen is even less distracting than your car’s dashboard.

Will people notice when you glance at your in-eye screen? Maybe. They certainly will if you get absorbed in whatever message came in. But if Google Glass allows us to get distracted only by important messages, that would be an advantage over today’s mobile tech. Today, we burrow into our phones even for unimportant messages, because you have to look at your phone to find out whether it merits your attention in the first place—and each one of these status checks pulls you out of the real world.

At a press conference during Google’s I/O conference this week, Sergey Brin mentioned that in the latest prototypes of the device, the team has rigged Glass so that it plays a sound when a message comes in. But it only displays the message when you look up.

To me, this sounds like an improvement. Wouldn’t you rather live in a world where—instead of constantly looking away at panes of touchscreen glass—people would just briefly look up to check on the digital world, and then look back at your face?

Oh, but you have one more objection: It looks weird!

Really? And this doesn’t? 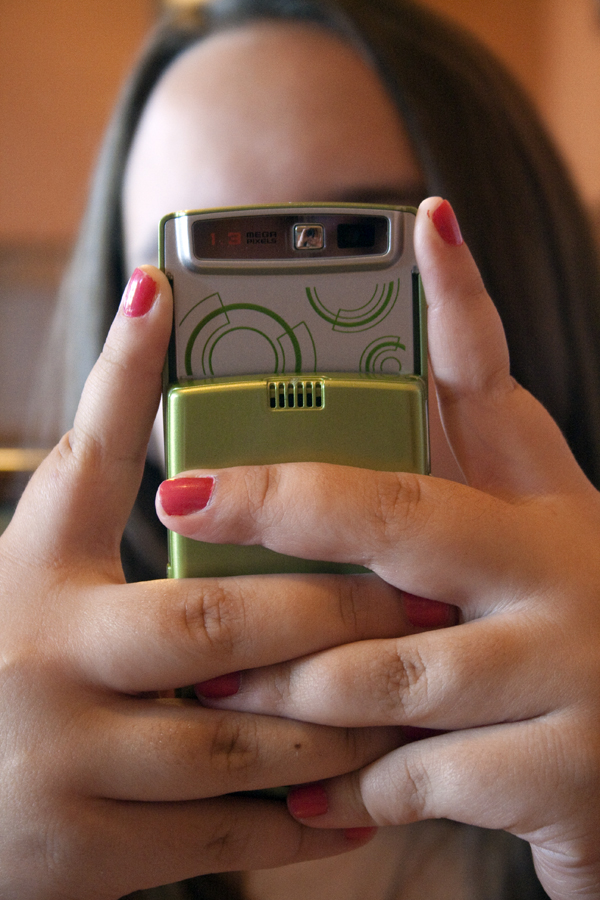 I don’t know if Google’s version of Glass will become a mainstream technology. But something like it—whether from Microsoft, Apple, Oakley, or someone else—will be big sooner than you think. It has to.

This week I got to try on Sergey Brin’s pair of Glasses. It was only for 20 seconds. But I was instantly hooked. I can’t wait to live in his world. Because the way we’re living now? It’s just not working.