Brian Lee is the entrepreneur to watch in LA right now.

(Yes, I realize most of you would rather watch his new co-founder Jessica Alba. We'll get to her in a moment.)

Lee is that guy you want to invest even if he tells you he's selling pet rocks. Lee intuitively gets how to build products that the every day people -- not the tech early adopters-- want. When Andreessen Horowitz lead the $40 million Series C investment in ShoeDazzle last spring, one of the reasons Lee was able to get such a luxurious valuation was that all the admins and support staff at the venture firm were in love with the service. And ShoeDazzle's ridiculous engagement on it's 1.6 million-user strong Facebook page is an indication that the admins at Andreessen Horowitz weren't alone.

Unlike most LA-based entrepreneurs, Lee is a master at leveraging celebrity. His first two companies had famous co-founders. Robert Shapiro translated his post-OJ fame to the help-yourself-legal-document company LegalZoom, and Kim Kardashian lent her sexy fashionista cred to ShoeDazzle. Now with LegalZoom looking to go public, and ShoeDazzle doing so well that it's spawned a whole category of copy cats, Lee is starting company number three.

It's called The Honest Company, but Lee recently bought the more memorable domain Honest.com. The company launches Tuesday. It's bootstrapped by the founders, with some additional funding from friends of the founders.

The Honest Company has some similarities to Lee's other two companies; most notably his co-founder is the mega-actress Alba. And, like the other two, Lee is exploiting the reach of the Web and flexibility of modern supply chains to reinvent a new category. This time the category in his cross-hairs is baby products.

The Honest Company manufactures and sells more than a dozen non-toxic, chemical-free baby products, from diapers and wipes to shampoos and detergents. Like ShoeDazzle, the Honest Company controls the entire product lifecycle from design to manufacturing and distribution, but unlike ShoeDazzle most of the goods are made in the USA, not in China. (The exception is the diapers which are made by a US company just across the border in Mexico.)

This time around, Lee wasn't the one pitching a celebrity-- it was the other way around. A new mom, Alba obsessed over what was in baby products. Her research found that large multinational packaged good companies were creating diapers, wipes and cleaning products with dozens of new chemicals in them every few months.

Witness the new line of Huggies Pure and Natural-- a premium brand that urges the question: What the hell are you putting in the regular Huggies?

Alba-- like a lot of parents-- was concerned about the long-time affect of those chemicals on her kids. The US Government has a track-record of being reactive when it comes to chemicals; recognizing and banning them once damage has already been proven. Case in point: Last November, Johnson & Johnson recalled its popular baby shampoo because of two potentially cancer-causing chemicals.

Alba didn't want her kids to be the test case. She was spending a good deal of time and even more money researching and importing baby goods from countries with stricter consumer protection laws. She wanted to create a company that could offer these kids of pure baby products to parents everywhere-- even parents who don't have movie star salaries.

Alba went to Lee back in 2010 and asked him to co-found the company with her, but ShoeDazzle was booming and he couldn't step away. But the idea nagged at him. His wife was pregnant with their second child, and as he bought another round of baby products, he couldn't stop thinking about everything Alba had told him. She came to him again six months ago, and this time he told her he was in. They also brought in Christopher Gavigan, the celebrity author of "Healthy Child Healthy World: Creating a Cleaner, Greener, Safer Home" to oversee the formulations.

Not only are the baby products safe and eco-friendly, they're stylish. Alba wasn't just annoyed at the chemicals in baby products, she was annoyed that they all have the same lame designs. Elmo is about as hip as diapers get. "That's just not cool," Lee says. "Moms in their 20s and 30s grew up with MTV and listening to hip-hop and no one is speaking to them. Nobody! Seventh Generation is the best eco-brand out there, and their diapers are just brown. There's nothing exciting about them. This is really about redefining the family brand." (As a new mom, let me add one thing to that: Amen.)

It's a smart play from the Elon Musk/Tesla playbook: Don't rely on people's environmental consciousness-- make a product that's sexy to own.

Honest Company's designs have things like lollipops and ice-cream on 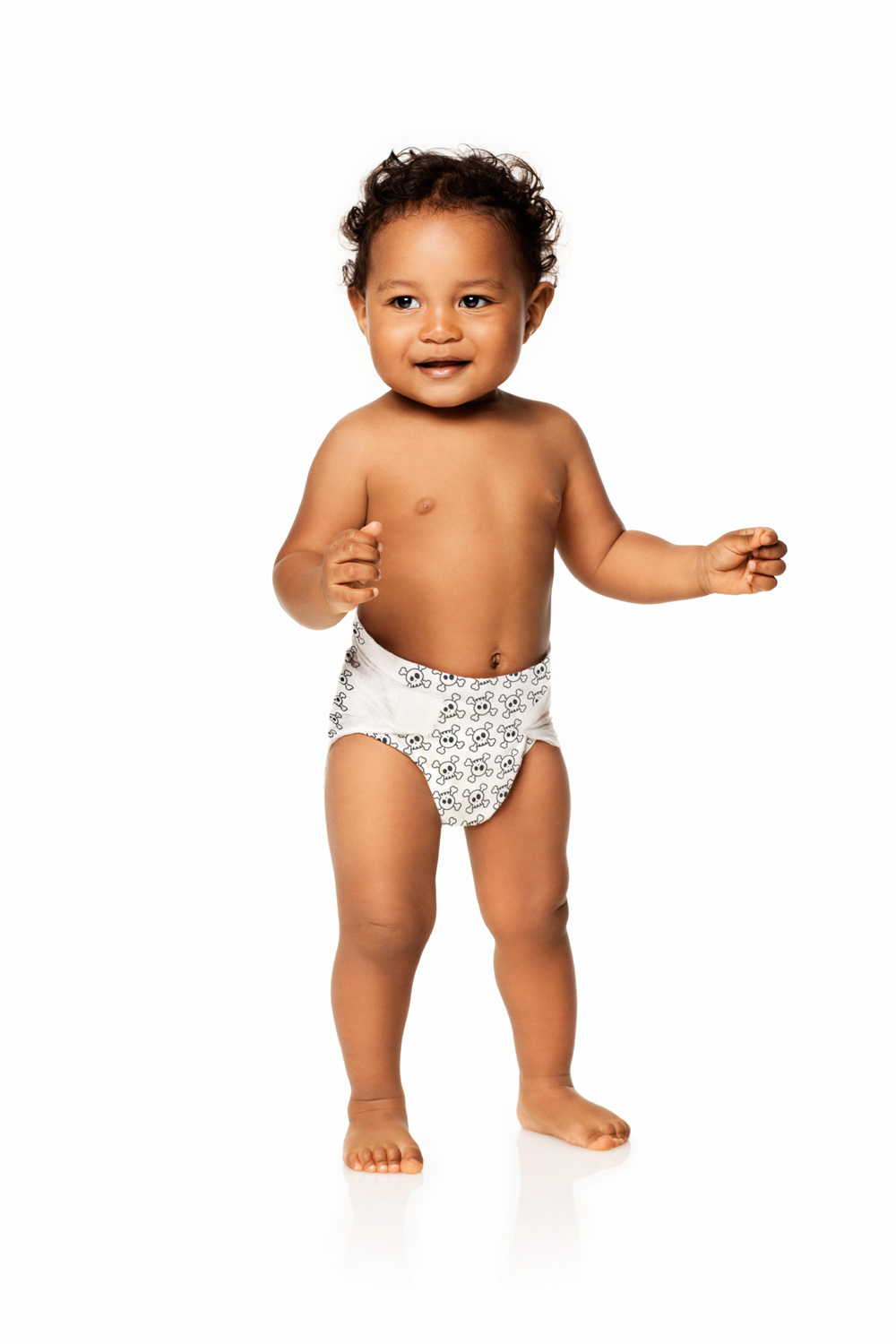 diapers for girls and little skulls-and-crossbones on diapers for boys. (#want.) Designs will vary every month, with a special Valentine's Day theme for February and a St. Patty's Day one for March.

Like ShoeDazzle, the Honest Company offers subscription plans. For $35.99 a month, you get to pick five products-- think things like detergents, shampoo and baby sunscreen. For just under $80 a month you get a month's supply of diapers and wipes. The average mother in America spends between $900-$1100 a year on diapers so the Honest Company is pretty price-competitive. Lee hopes to leverage social media the way ShoeDazzle has as well, making diapers and wipes a fun, social experience.

That said, it's a totally different customer profile. ShoeDazzle benefits from something so widespread it's a cliche: Women everywhere love shoes, and most of them spend far more than $39 on them. It's an almost limitless addressable market.

Meanwhile, only 8.2 million moms have babies in diapers in the US. It's a comparatively tiny market for an online retailer. But those 8.2 million babies consume a whopping $8 billion in diapers. Pampers and Huggies split the market almost 50-50, with every other brand getting just small percentages or fractions of a percent.

For a company like Procter & Gamble, Pampers is by far its biggest revenue generator and they aggressively defend it, throwing samples at any gatekeeper for new moms. For instance, we got some Pampers from the hospital and just kept using them. The hospital gave them to us, and they do the job, so why switch? No new parent has the time to agonize over diaper brands.

The Honest Company will have a marketing challenge that its clear value proposition, snazzy patterns and celebrity power may not be enough to overcome. "It's hard to get women to switch brands," Lee admits. "We need to catch them before they get too addicted to the Luvs and Pampers." That or they need to find more moms like me who think it's well worth the switch for my baby to be in cuter diapers I can trust.

I interviewed Lee about his approach to building companies on stage at TechCrunch Disrupt China last fall. To watch the interview, go here. I should note that he'll be splitting his time between ShoeDazzle and The Honest Company, serving as chairman of both. Bill Strauss is the CEO of ShoeDazzle and Sean Kane is the general manger of The Honest Company. Splitting time between two fast-growing startups is typically a disastrous idea; kudos to Lee for delegating and not trying to be CEO of both.