When to Ignore the Early Adopters 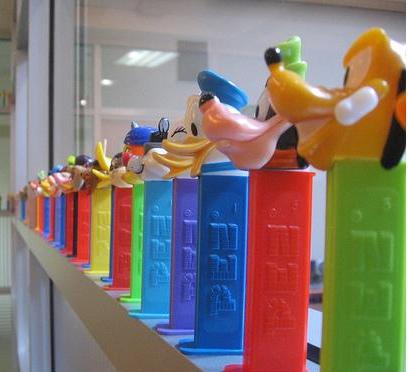 Andreessen Horowitz Partner (and PandoDaily investor) Jeff Jordan wrote an interesting guest post this morning about how he saved eBay's domestic growth with a risky bet on buy-it-now sales. He more than backs that up with numbers and logic in the post.

And yet, I always tell people buy-it-now is the reason I stopped using eBay. As a user, I hate buy-it-now. I think it turned eBay from a fun antique store to poke around in, to one of those mass flea markets where everything is being sold at a bargain in cardboard boxes spread out on a blanket. A box for the socks, a box for the deodorant, a box for the underwear. Or worse: An online Wal-Mart.

Calling someone an online Wal-Mart isn't an insult if they're tasked with building a huge business. Wal-Mart fundamentally changed the retail game, and millions of consumers love it. Jordan nailed it as an executive. And eBay stores-- another layer on his cake-- not only grew the business, but furthered eBay founder Pierre Omidyar's dream he discusses in this video of eBay helping to give the small businessman an equal playing field.

But as a user, I don't want to spend time in Wal-Mart. I liked wandering around the antique store browsing and bidding, and all that buy-it-now-ing crowded me out. The game dynamics of the auction always meant I spent more than I intended to. But that was part of the fun.

It's not just that old saw that things suck as they get bigger. Look at Amazon. It replaced the bookstore, instead of the antique mall. It's added on a lot more on top of that, but it still beats the bookstore on convenience. Over the holidays, I tried to support local bookstores in my hometown of Memphis, TN. I went to three different ones looking for a current new release. None had it. "We can order it for you!" they each said cheerfully. Yep, unfortunately for you, I can too for half-the-price, get it quicker and it comes to my home.

As Amazon has grown, it has still stayed better than the bookstore. But as eBay grew, it stopped being that fun antique store to wander around and discover great stuff. I found myself going to more physical antique stores as eBay grew, and just never going to eBay anymore.

What accounts for that disconnect? Was the original, delightful eBay built around auctions and unique collectables just too small of an idea to become one of the five largest Internet companies in the world? Will Etsy-- where a lot of people find something similar to that early eBay delight now-- bump up against the same problem?

I'd argue another big problem with eBay was the dreadful UI and search. If the site had better discovery elements, the people like me who liked browsing for cool stuff, might have still been able to find it amid all the buy-it-now items. Even Omidyar has acknowledged eBay lost its way on UI.

I'm not arguing buy-it-now wasn't the right business move. It was $40 billion in annual gross merchandise sales kind of right. But there's no doubting that by going with the masses who were befuddled by auctions, it turned eBay into a very different company than it was in the early days. And this is probably the smartest-- and the hardest-- thing Jordan did: He ignored the early adopters like me, and did something that was best for the company in the long run.

I've argued before, this is one of the areas where Digg failed. It allowed itself to get held hostage by a handful of rabid early adopters who were passionate about the site and made a lot of noise. And ultimately, placating them kept the site from becoming truly mainstream.

Sometimes you have to jump off the horse that brought you.