Boiling a Lobster: How the Whole Internet Wound Up Inside Facebook's Walled Garden 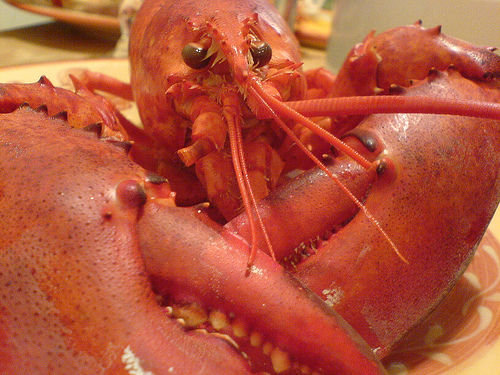 Back in 2006, Marc Andreessen believed that Facebook would eventually give way to multiple smaller social networks for one simple reason: People don't like walled gardens. Rather, they like things to be open and fluid.

He had good precedent for believing this: It was the lesson he built his career on. That's why Netscape beat services like Prodigy, leading to the gold rush of the open Internet. "I've seen this happen before," he told me back in 2006.

Of course, Facebook wasn't a Prodigy-redux, which Andreessen himself was one of the first to realize, joining the company as its first independent board member and getting heavily involved with Facebook just a few years later.

So why did Facebook win and the various "Facebook-of-fill-in-the-blanks" or white-label social network platforms comparatively suffer? Because Mark Zuckerberg made the garden walls permeable and moved the garden perimeter into the rest of the Web.

And now Facebook is moving deeper to encompass more of the Web with its announcements yesterday of the expansion of its opengraph and sixty new Web developers who are adding new verbs to that ubiquitous thumbs up. Soon we'll be able to do more than "like." We'll be able to "want," "listen," "watch" and all kinds of other verbs.

Facebook is slowly, announcement by announcement, building a Web company unlike what we've seen before. It's the old 1990s holy grail of following users everywhere -- a grail that far larger and more entrenched tech companies haven't been able to capture.

Once there were two kinds of mega-Web properties. Yahoo was the department store. It sought to give users everything they needed in one spot and, for a period of time, bragged to Wall Street when their search traffic went down. The idea was if fewer people were searching for stuff, they were finding everything they needed right there. Why would you actively send people away from your site?

Google was the exact opposite. It had a spartan homepage with one big feature: A search box that would send you away. Google profited on being the gateway.

Facebook is somewhere in the middle. It's more than happy for you to leave its site. It doesn't try to be everything in one place. But it wants to come with you.

All of Facebook's new verbs may sound frivolous but they represent another important step on that journey. Suddenly share buttons become more meaningful for sites that aren't just content-based. Facebook has made the word "like" so ubiquitous that it lost any real meaning. So now they are giving us other ways to express action or enthusiasm. It's not unlike when Facebook took away the "is" in the status update to remove any obstacle discouraging users from expressing themselves.

This ultimate walled garden has allowed Facebook to have its cake and eat it. Everyone still gets to control how tight they want the walls and how small they want their personal gardens, but Facebook gives them constant incentives to make the walls wider and more permeable.

At a high-level, the Facebook garden has developed like a series of concentric circles. First college expanded to include high school -- after all, incoming freshman frequently had friends still in high school. And then both gave way to workplaces. Everyone graduates sometime and gets a job, right? (Ok, maybe not in these economic times, but that's the plan at least.)

Even though the opening up to workplaces and cities meant anyone could be a member of Facebook, you still had to be part of a group. Finally, that distinction fell away. And then, once we were all inside the walls, the walls moved farther out into the Web, so we never had to truly leave.

Facebook wasn't the first to come up with something like this. Remember Microsoft Passport? It offered the convenience of never having to enter different user names and passwords and credit card info. But people balked at Microsoft holding all of their Web identity and information.

So what did Facebook do right in calming those fears? A few things. First off, it had a core service with a network effect we couldn't quit. The second is it didn't wait for that core business to wane before it starting pushing the boundaries. It pushed them at the peak of its power, when we couldn't walk away. Typically Internet companies do one thing well and then wait until that starts to wane to risk pushing their luck.

Facebook is a very different company, as is evidenced by their approach to site design. While many sites put off a major redesign so that users don't freak out, Facebook constantly changes its UI, keeping anyone from getting too comfortable.

And that speaks to the third thing Facebook did differently. It's one of the best companies I've seen at standing its ground. Per our post the other day about when to piss off early adopters, Facebook has done it early and often. When the outcry gets too great, Facebook pretends to back-track. But it typically just pushes what it wants to do a different way later.

Think of it like cooking a lobster. Facebook has long-known it was going to wrap its wall around the whole Internet. When we all balked at Beacon, Facebook turned off the heat, and then turned it back up, slowly one degree at a time until we were all happily boiling away.

Yesterday was the coup de grace of a master class on how to roll out product with just enough patience and just enough urgency. (Not entirely unlike Amazon's slow, python squeeze on the publishing industry.)

(Marc Andreessen is an investor in PandoDaily.)