Sell Simply launched last year with the goal of changing Twitter from a content platform to a marketplace. After a few months of testing and 300 transactions, the company relaunched today as a full Twitter commerce platform with a new name--Chirpify.

The product integrates with users' Paypal accounts to facilitate payments on Twitter. It works as such: A Chirpify-registered user sends a tweet detailing a product for sale or a donation request. You reply with "Donate $5 to charity:water" or "Send @friend $20 I owe her" or simply, "buy" and that's it. Money donated. Box of Powerbars shipped. Receipt mailed. Friend happy.

It seems terrifying (in an "Oops I just bought a lawnmower" way), but Chirpify founder Chris Teso insists the entire thing is safe, and that his algorithms are designed not to send money based on erroneous tweets. More importantly, the Paypal connection will cover fraud issues, he says. "Paypal has built an entire business around fraud dispute. If you were to hack a Twitter account you'd still need to have another Twitter account attached to a Paypal account, attached to a different bank account to pay yourself." Teso says the company didn't have any problems with its 300 Sell Simply transactions.

"It's easy by design. We want to remove all frictions from transacting," he says. It is like Square without the need for credit cards, he adds. 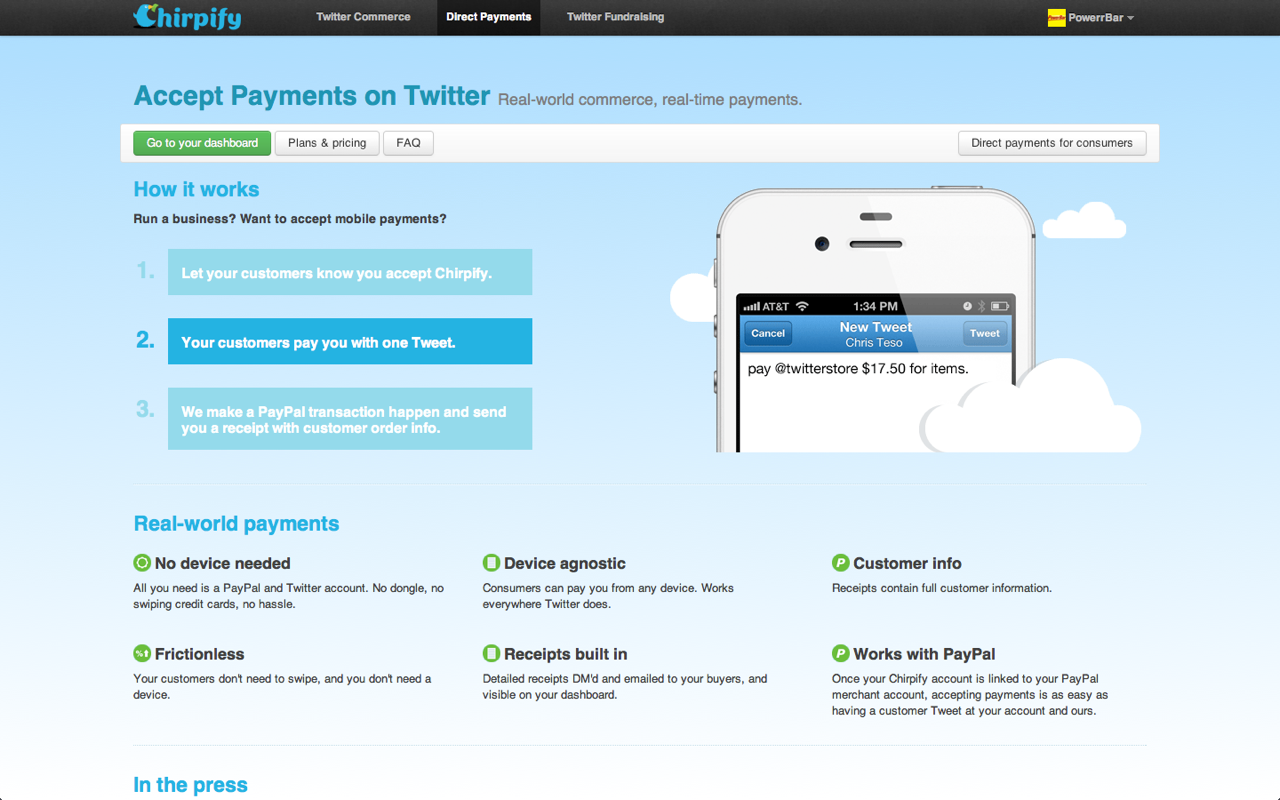 Further, the company built an open API that allows third parties to develop apps. The idea is that e-commerce companies like eBay, Etsy and Kickstarter can integrate Chirpify into their sites as a way to easily extend their commerce offerings onto Twitter. The first developer to use the API is an ad agency which built an app for South by Southwest. The app allows users to buy their friend a drink at specific bars during the festival in Austin.

Seamless Twitter payments seems most suited to micro-donations, which are the new impulse buy. It's not suited to something like apparel, where you might need to need to name a size and color, or electronics, which are a pricier, considered purchase. Electronics and computer hardware typically dominate the e-commerce market. The company's launch partner, Powerbar is using the service to sell boxes of its bars and gels.

Teso believes Chirpify has the wind at its back. Booz & Co. argues that social commerce will reach $30 billion in 2012, and, even though brands would like to think otherwise, 48% of users follow a brand for discounts and promotions, according to a survey by Chadwick Martin Bailey in January 2011. Meanwhile a Social Commerce Today survey revealed that 32% of Twitter users would purchase directly over Twitter if they could.

Chirpify earns a 2% flat fee on direct peer-to-peer payments; the commerce and fundraising products have tiered percentage charges, and a pro account, aimed at high volume businesses, costs $49 a month. The enterprise model, which provides a dashboard to big brands to deeply integrate Chirpify into its listings, is a higher monthly fee. 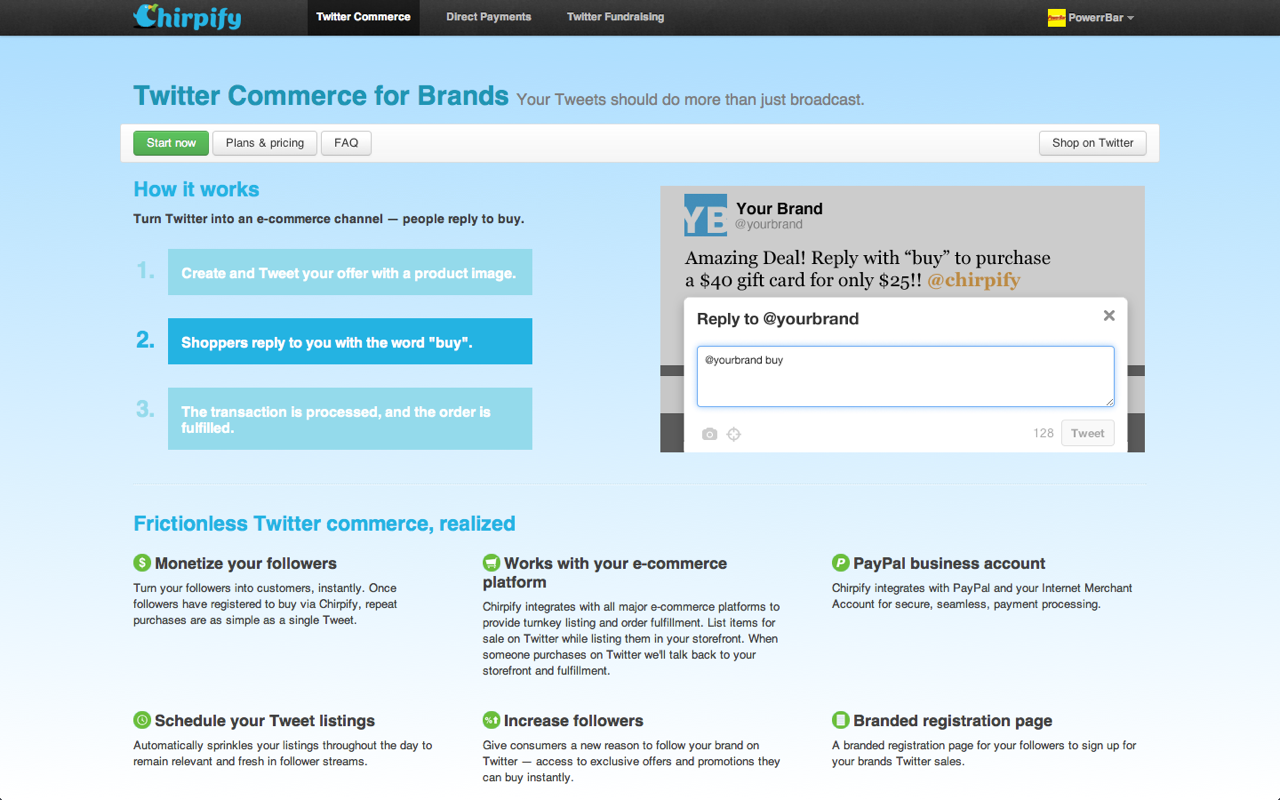 Chirpify is one of two startups backed by Upstart Labs, a Portland incubator.