Towards the end of last year, I reached out to the guys behind TestFlight to see if they were interested in talking about their funding situation. You can't blame me. It seems that nearly every popular iPhone app out there uses the platform to distribute test builds of their apps before they're App Store-ready. But the guys politely let me know that they weren't interested in talking about funding. Weird, I thought, as we usually at least get a meeting.

Turns out they had good reason to turn me down flat. TestFlight was in the process of being acquired by Burstly.

That deal went down in Q4 of last year, but they kept it quiet until now. The reason is that the two teams had a plan for where they wanted to take TestFlight, and that's ready to be unveiled today: TestFlight Live.

Now, before every iOS app developer freaks out, let's be clear: the TestFlight you know and love will continue to exist in its current (and free) form. TestFlight Live is a new product. This is a smart play by both sides, because it completes the circle between TestFlight (app testing) and Burstly (app monetization).

TestFlight Live is a real-time dashboard for iOS apps, sort of like Chartbeat for app data. It shows live engagement, revenue, audience, and stability information on one website. It allows developers to see how their apps are selling, and how well their in-app purchases are doing. It also allows them to see how well their in-app ads are doing, though this isn't exclusively tied to Burstly at all. It even shows the all-important Revenue Per User (RPU). 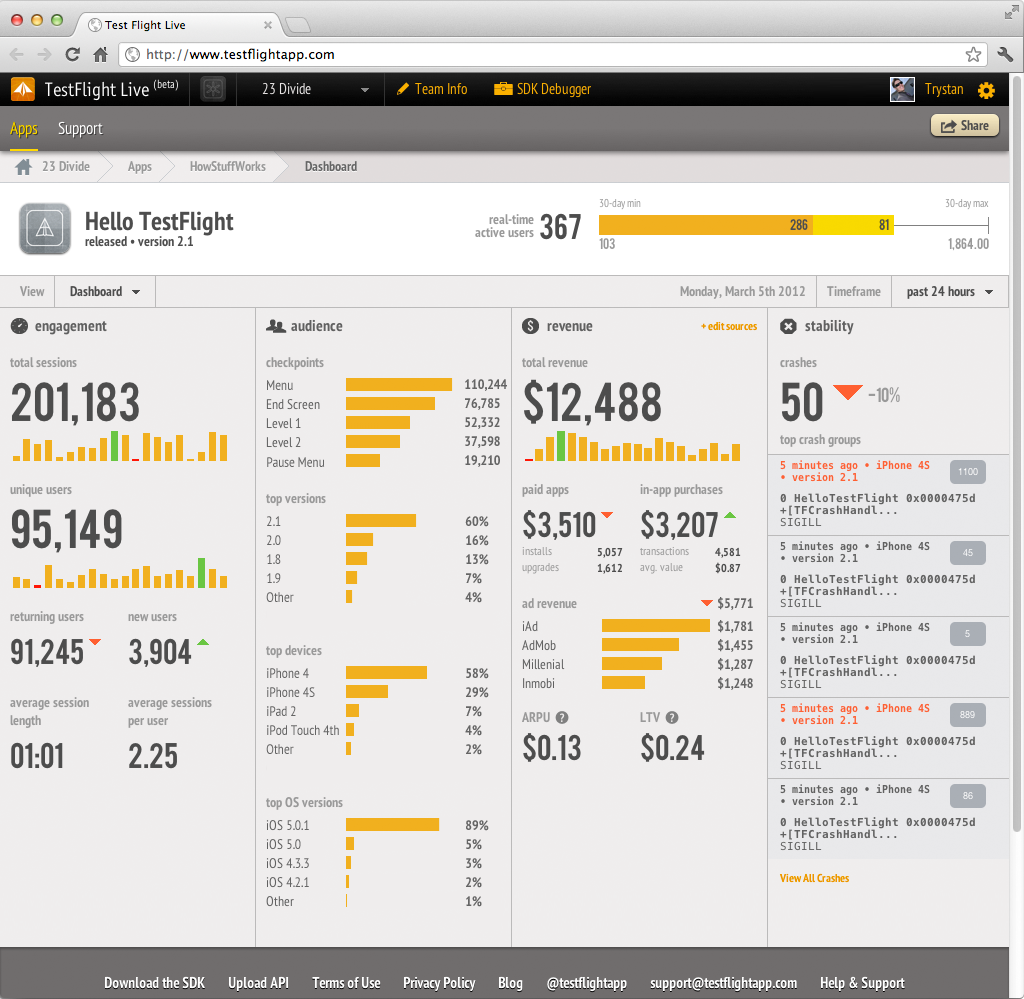 While anyone who has tested out a pre-release iPhone app has likely used TestFlight, the company was previously cagey about revealing their actual user numbers. I finally got some out of them.

TestFlight Live, like TestFlight itself, will be completely free for now. Down the road, the team plans to think of ways to extend the offering with some premium features, but the baseline features will always be free, Burstly CEO Evan Rifkin says.

And again, just to be clear, you can keep using TestFlight as you have been; TestFlight Live is fully optional. And you certainly don't have to sign up to use Burstly's core products, if you don't want to.

So why did Burstly do this deal? Because they're smart. While they're not shoving Burstly in people's faces, as a result of acquiring TestFlight, they know that they can offer a full suite of products that iOS developers will find compelling. Testing, analytics, monetization.

Meanwhile, the TestFlight guys now have substantially more resources to continue work on their product. Aside from TestFlight Live, TestFlight itself has also been reworked to be substantially faster, I'm told. And they now have access to things like a support staff to handle customers.

The truth is that both sides knew a long time ago this acquisition would be a good fit. Three years ago, TestFlight co-founders Tristan Kosmynka and Satterfield were the first to integrate Burstly's product into their initial app, Gigotron. When Burstly raised their $5.5 million Series B this past November, they had the means to go pick up their longtime friends.

Terms of the deal aren't being disclosed. And sadly, I have no additional insight there, since I never did get that chance to invest. 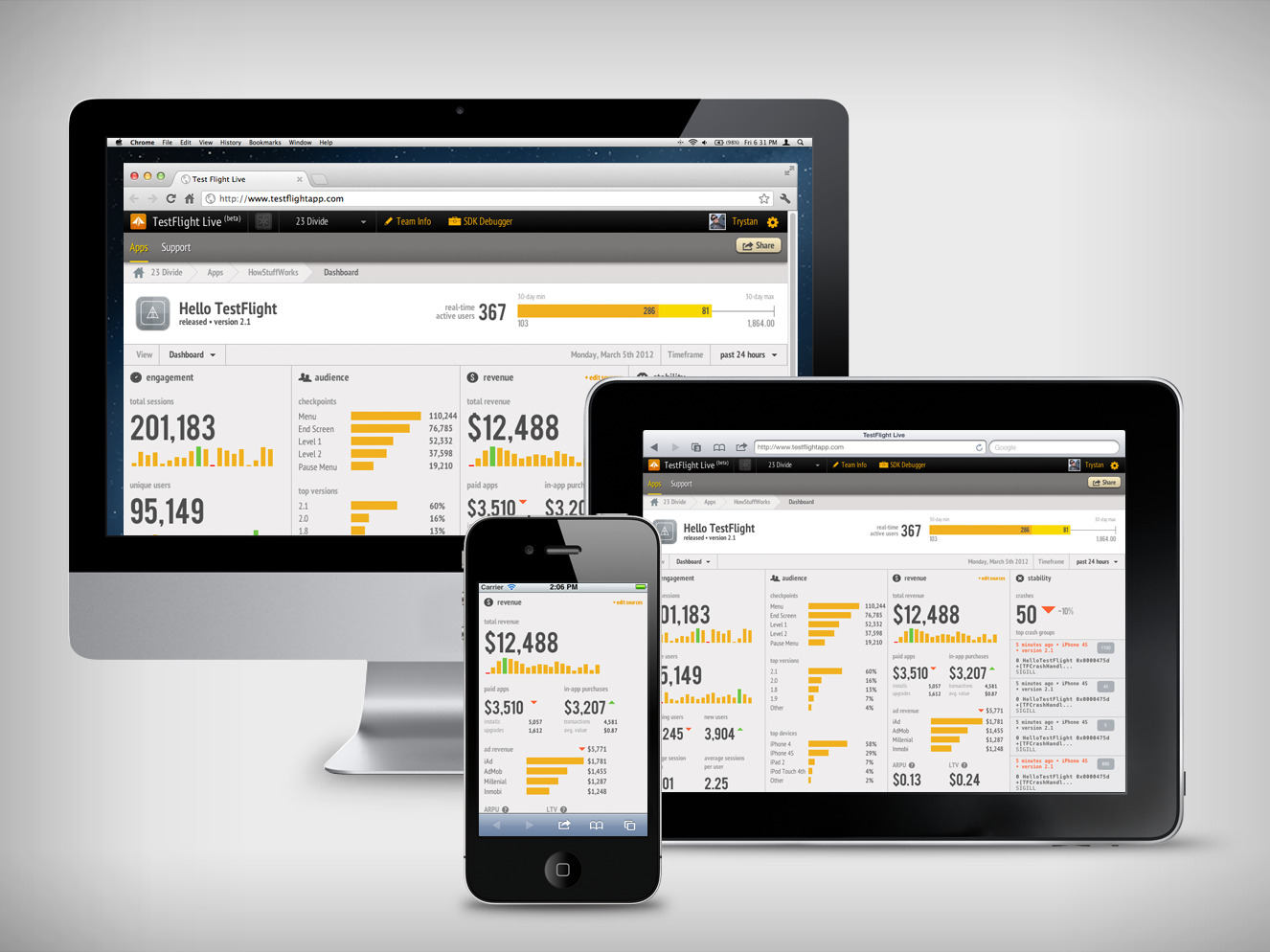