With all of the hubbub surrounding which mobile application will win SXSW this week, one company has been neglected, and it appears that they will be winning the whole shebang. The company? Uber. Yes, the car company. The winning strategy? On demand BBQ.

In an effort to give back to the SXSW community, Uber will be providing pedicabs to the people of Austin over the course of the event. Uber had done this previously, and it was met with great appreciation by the attendees of SXSW. Of course, in an ecosystem that always expects new and improved, Uber couldn't just rest on its laurels and provide only pedicabs this year. So Uber decided to credit people going to SXSW with $10 if they use the promo code "OMGUBERBBQ." That wasn't enough though, so the company is providing on demand barbecue to SXSW attendees.

Yes, Uber is getting into the food industry. At least for a few days.

Uber has partnered with Iron Works BBQ and will provide users of the application with delivery BBQ. It's straightforward and pretty cool how they're going to do it, as well.

When you get to Austin, you'll see the following screen: 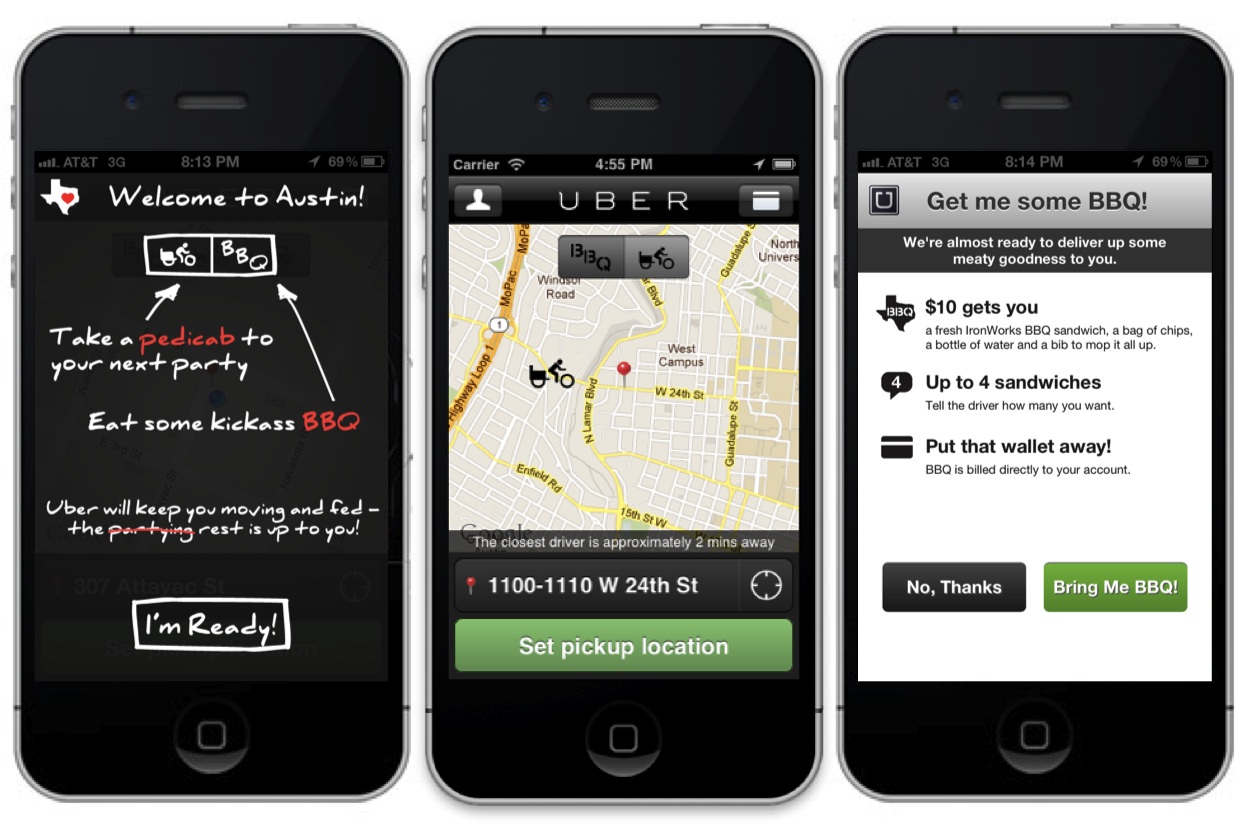 Very straightforward, very useful. If it wasn't for the fact that Erin Griffith is already on the ground in Austin, I'd probably fly down just to test this out. Instead, everyone should pressure her to do a live blog of ordering BBQ via Uber.