Ozon: Surviving the Long Winter of the Russian Internet

As if you can take a concept that has already been proven in the West, apply it to a huge virgin demographic, and just add water. Poof! New Nasdaq-ready billion dollar company.

But to actually turn one of these things into a large company, there's nothing automatic, quick, cheap or easy about it. In fact, in practice it defies almost everything we think we know about company-building in the Internet era.

I've written about this before with respect to China. But in Russia, building the Internet titans has been even harder. There are the same struggles with infrastructure, corruption, and finding local management talent that knows how to scale a Web company. But the challenges are even greater, and the upside is more limited. Russia doesn't have anywhere near the amount of capital swimming around to finance these deals as China does, and it lacks an authoritarian government aggressively pushing infrastructure upgrades. Meanwhile, the country has "only" 60 million people online to buoy up a new Web giant, not the hundreds of millions of users Tencent, Baidu, and Alibaba enjoy.

Still, Russia seems to have pulled off what other BRICs India and Brazil haven't: A couple of large, globally-significant Internet companies dominate core services in the country and have some relevance beyond.

We're not talking about cheesy Sawmer brother-style, rip-off companies here. We're talking about large, multi-billion dollar stand-alone giants that employ thousands and serve as core anchor tenants of a national Web industry. In Russia, the two biggest are Yandex and Mail.ru. Yandex has a near $8 billion market cap and is one of only three search engines that has indexed the global Web. It has an ambitious plan to become more globally relevant. (More on that in my next post.)

But Mail.ru is the more well-known of the two, mostly because of its founder Yuri Milner. Milner is one of the top financial strategists of our time, putting all of Silicon Valley on the back foot by doing a deal with Facebook in 2009. That deal utterly changed the landscape for 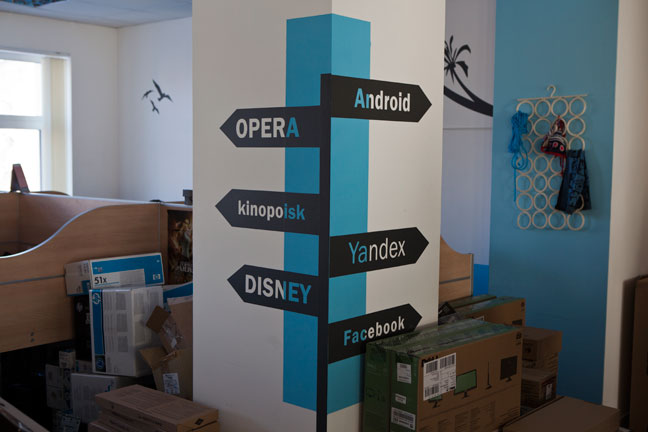 growth deals, and I've argued it was as momentous for this generation of Web startups as the Netscape IPO was in the 1990s. Today, Mail.ru has minority stakes in Facebook, Zynga, Groupon, and other Western giants. Mail.ru also has ties with Chinese Web giant Tencent, and an investment from emerging market superfund Naspers. It forced the world to take a Russian Web company seriously.

It's interesting that Russia has built two large "anchor tenants" in its own corner of the Web, while Brazil and India largely have not. It's particularly interesting, because Brazil and India have had far more outside investment from places like Silicon Valley and, in my anecdotal experience, have more energetic startup scenes.

One difference may be that many of the Web startups I've met over several trips to Brazil and India are going after the lean startup model glamorized by Valley blogs. There are clearly exceptions to this. On my first trip to India, I wrote about one of India's larger commerce companies MakeMyTrip and the sacrifices it made to survive. But far more common are entrepreneurs I met in Bangalore, who told me they were going to gamble on a Web startup for six months, and if it didn't take off, they'd go back to their more comfortable jobs at Infosys. Not surprisingly, most of their companies are never heard from again.

That attitude will never yield a big global Web giant. Ever. These companies just don't sprout up by happenstance and good intentions, the way founders' myths in the US would lead you to believe they can. Magic of the Web aside, there is absolutely nothing lean or quick about building a huge anchor Web tenant in an emerging market. It's expensive and brutally hard and takes at least a decade.

In fact, it was expensive and hard and took at least a decade to build companies like Google and Facebook -- and those were built in the Valley where all sorts of shortcuts are baked into the ecosystem. Throw the same ideas, talent, code, and determination into a place without ready capital, where employees aren't so sure they want to join a Web startup, where only a single digit percentage of the population has broadband and credit cards, and where the mail system barely works, and see how long it takes. Building a big Internet company in a place like that -- i.e. Russia -- in a decade is a miracle.

Private equity firm Baring Vostok has had a better track record than nearly anyone investing in Russian Web startups. Baring's Yelena Ivashentseva did the earliest deals in 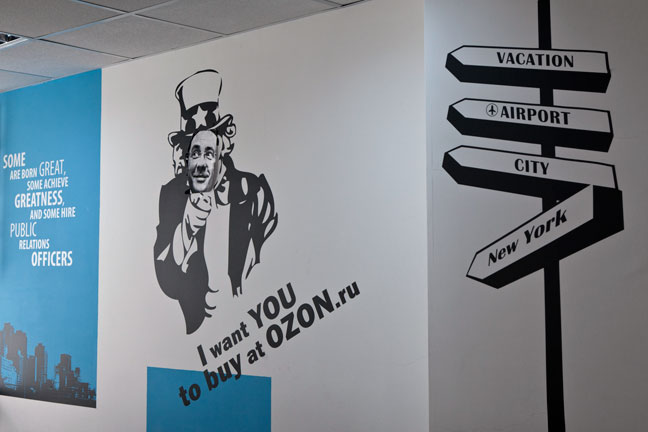 Yandex and Ozon. Ozon is Russia's ecommerce leader, which recently raised a $100 million round of funding in 2011 -- one of the largest rounds ever raised by a Russian Internet company.

Baring initially invested in both companies back in 1999, when almost no one else was doing it. "Thirteen years ago we could only find two companies to invest in," Ivashentseva said over sturgeon and stroganoff in Moscow this past week. "The size of the market was so small, and we were looking for something defensible."

Indeed, Baring is a private equity firm, and early stage deals aren't even core to their business. These were just a couple one-off deals between funds. Given the success of them, I asked why Baring didn't come up with some sort of early stage Russian venture fund to find more of them. Ivashentseva said with classic Russian frankness, "It's just easier to make money elsewhere in Russia."

Bear in mind, those words come from the firm who did the first investment into Yandex. Imagine how firms that didn't own nearly 40% of the country's largest Internet play feel about the market.

She says there are Yandex and Mail.ru and Ozon, and then three to five up-and-comers a generation behind. There's potentially another interesting ten to twenty younger companies after that. But that's about it. "I just don't think there's critical mass yet," she says.

Index Ventures' Giuseppe Zocco invested in Ozon's mega round last fall, largely because Baring Vostock was already in the company. Index has some smaller bets in Russia, but Ozon is its first big play, after years of eyeing the market. He wants to do more and is more optimistic than Ivashentseva that Russia is tipping. But even he admits the numbers aren't there yet. "We see 1,500 deals a year as a partnership and about five from Russia," he says.

It's not that the emerging market story is too good to be true. It just takes more than a proven concept and a big market to build a big company in countries like these.

Consider Ozon, a company I spent several days with in Moscow this past week. It's a "giant" by Russian standards, as it's reportedly the largest pure-play ecommerce 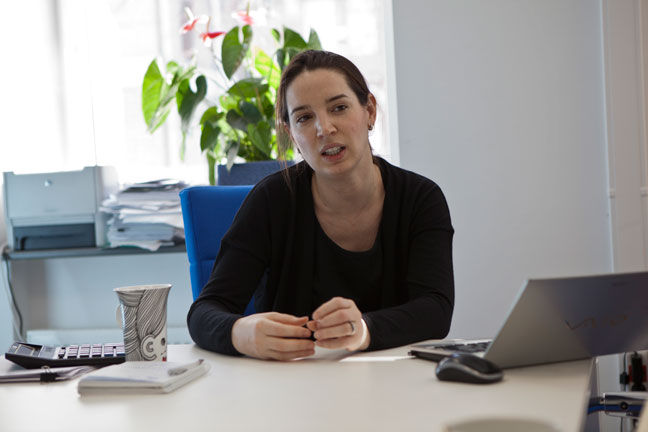 company in Russia, and the number one retailer in books, electronics, and media. That's impressive in a country with few Internet anchors, but even after a more than a decade, Ozon has a ways to go to become a $1 billion company. And it's on its fourth CEO, the relatively newly appointed Maelle Gavet. (Pictured here.)

But addressing Ozon's challenges have also resulted in a formidable competitive moat. To solve the inefficiency of the Russian post and Russians' general lack of credit cards, the company has painstakingly built out its own courier/cash collection network. It was one of the first Russian Internet companies to launch a TV ad campaign because the ecommerce name had been sullied early in the Internet revolution by fraudsters and criminals, looking to offload over-stocked unwanted products or, worse, pass off black-market goods to unsuspecting shoppers.

Ozon's logistics network hasn't only become a basic necessity for doing business but a potential new revenue stream. Ozon is now increasingly opening it up for other etailers looking to penetrate Russia. It's not too different from how Amazon leveraged the computing power it used build its own company, by offering cloud services for other startups.

More than thirty companies use Ozon's network today, but the company is wisely picky about who it partners with. "We have to be sure the merchants will still be there in two months," Gavet says. "That's one thing that stops me sleeping at night." In a clear bid to win my undying respect, Ozon president Bernard Lukey (who was the company's third CEO) told me he refused the Samwer Brothers' request to sell goods over the network. 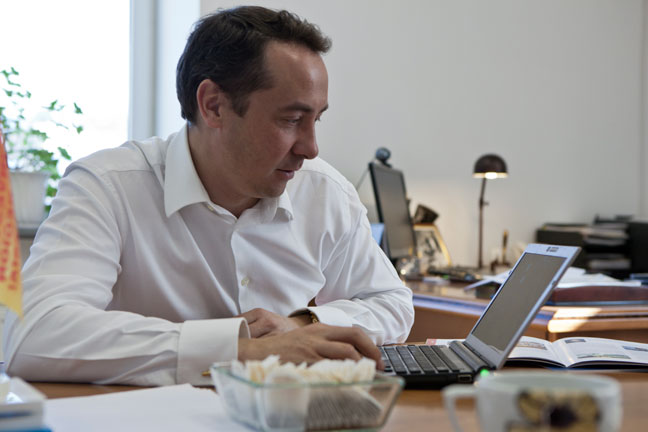 The delivery network has also given Ozon a platform to do acquisitions like shoe retailer Sapato.ru, which it purchased in February, and build its own online travel agent business, which did some $109 million in gross bookings in its first year of business. "Our aim is to become a $1 billion company, and unless we do a lot wrong we'll get there," says Lukey, pictured here.

Probably. But it sure has taken a long time. Internet companies are known for speed and low barriers to entry. When it comes to building huge billion dollar players in emerging markets, it's the opposite. We met with one Groupon Clone called Biglion who tried to assert that they too were building a proprietary delivery network, but that customers' shipping costs would off-set the huge capital expenditure of that. Knowing what Ozon has had to do to get there, Biglion's plans sound like fantasy-land economics.

"Building a company in Russia takes energy," Lukey said. "You have to constantly push, push, push, push. That's the only way you can pull off miracles."

(For a mini video interview with Lukey, Gavet, and Zocco in the actual Russian winter, go here. For my story on the hot, up-and-coming Russian ZeptoLab go here.)