Nothing like a $25 million seed round to get a reporter's attention. Yes, SEED round. That's what The Minerva Project gathered from Benchmark Capital.

The company's goal? To build an online university that bucks the category's "diploma mill" connotations. The Minerva Project will offer elite, Ivy League-caliber education, starting in 2014.

Naturally, the premise raises a few questions. So I had a long conversation about the company with CEO and founder Ben Nelson (former CEO of Snapfish). He explained that Minerva won't disrupt the existing university ecosystem -- it'll operate within it.

Our Q+A covers everything from his all-star advisory board (chaired by Larry Summers) and admissions supply-and-demand, to his lofty ideals and the way to establish prestige.

PandoDaily: That is a boatload of money.

Ben Nelson: It is, without question, the biggest seed bet in the Valley in a long time, and the biggest one in Benchmark history. So, yes, from that perspective, it is a very substantial bet. Having said that, we are launching the first elite university in the US in a century. You don't do that by hiring two engineers and beta testing your product to live customers.

Not every business innovation can come out of an incubator. This is one example where, if you were to go and raise even $2 million in a seed, you would effectively accomplish nothing. You cannot launch with a beta, you have to launch with the world's greatest product. You have to have accreditation, administration, professors that are up to the task of an elite education, and you have to find the smartest, hardest-working students on the face of the earth. These aren't things you can do with a small amount of money.

Talk me through the process of starting this thing.

It had a long genesis that started almost 20 years ago when I was at Wharton as an undergrad. For whatever crazy reason, I got a bug in my head that I wanted to have Penn live up to its potential. I spent four years writing white papers, piloting classes and starting new programs, all in an attempt to make Penn better.

After four years of swinging at windmills, I landed a few blows but fundamentally, even though a lot of my theories and proposals were very well-received theoretically, practically there wasn't a way to do anything about them.

So I went off into the business world. Fast forward to two years ago. I had just finished 10 years at my last company [Snapfish], and it was time to do something different. I thought, "I have these ideals of what a 21st century education should look like. Maybe I should do something with it."

That's when I started looking at the industry. I saw that demand has been driven through the roof because the world is more free and wealthy than it was just 25 years ago. But universities have frozen their class sizes, and there is a market that is begging for a service that is in increasingly short supply. Ninety percent of the qualified market is not served.

The line, "Minerva's admissions give no weight to lineage, athletic ability, state or country of origin, or capacity to donate" reads like a direct attack on the country's university system. Am I reading that right?

No. It's important to understand why universities give preference for who they give preference to. They have a limit. Harvard has a 5.9% acceptance rate. No one can make a straight-faced argument that those students are objectively better than anyone else. It becomes random at that point, and you'd rather curate a class that has a diverse set of backgrounds and experiences, and that's the right thing to do.

And having an offline research-oriented campus is expensive, and you have to pay for a football team, and there are alumni that will donate a building and these are all part of what makes the current model work. And it does work.

Our approach is different. It has no capacity limits. Getting into Minerva is just as intellectually difficult. We will achieve diversity because we don't have capacity. We take advantage of starting fresh, so it's different from the advantages that existing universities have with having very long and storied legacies.

The old way isn't wrong. But the system can't sustain the model we're pursuing. Yale just announced they're going to increase the size of their class by 250 kids and it will cost them half a billion dollars to do that. How can you blame them? But based on demand, in the past 20 years, Yale should have increased by 25,000.

So the students are going to live in clusters in cities. This means you will need university infrastructure. How will that work?

Universities today are getting out of the dorm business in general. So they're run by real estate businesses that have built or bought dorms. We're never going to get into that business, but we'll work those companies to create residential infrastructure.

The model is very much similar to NYU. Students go to schools in Manhattan and it has somewhat of a campus, but really most schools in New York don't have a campus. The city is their campus. They live together but take advantage of the city around them.

With Minerva, they can spend a year in their home city and then rotate the following semesters to the countries of their choice with other students. They can get a really rich international experience while the curriculum never sacrifices their formal learning. And even though we encourage students to take advantage of the international piece, it is by no means a requirement. 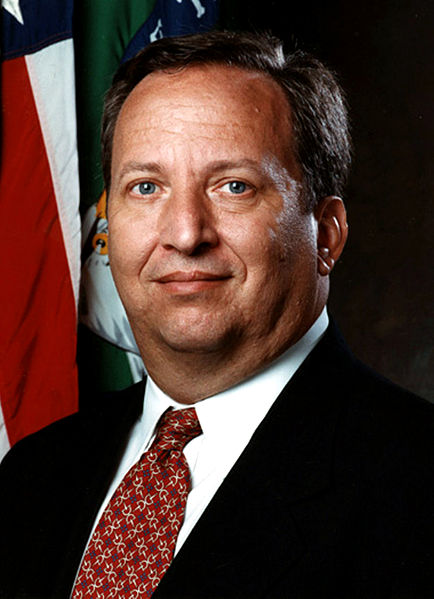 You believe the powers-that-be will give Minerva the same weight on a resume and prestige as Harvard or Yale. Do Harvard and Yale think that?

I haven't talked to Harvard or Yale but I have talked to [former Harvard President] Larry Summers, who was so excited by the idea that he asked to be the chair of our advisory board. It's the first university he's associated himself with outside of Harvard since he was an undergrad.

Are you worried that your lofty ideals might be dashed, when you finally meet the bureaucracy and day-to-day execution issues all universities have to deal with?

We are taking that into account. There are ways in which you can avoid much of the bureaucracy that universities do have to deal with. It'll become more clear as we roll out our plans more publicly. There are things we have to do like be accredited. One of the reasons we require substantial funding is because there are things involved that cost money and you can't ignore them.

How does your experience as CEO of Snapfish qualify you to lead a university?

Strangely enough, in many ways. When Snapfish was started, we were, and I'm not making this number up, 127th to market. One of the great things about the dark ages in 1999 and 2000 is that everything was frothy, and the assumption was that these companies could destroy all the incumbents.

When we launched, we looked around and said, "This doesn't make any sense whatsoever. We're not going to change all the rules. Instead, let's find a way that's symbiotic with the existing incumbents." We reached out to the existing players from the very first month we launched.

Walmart and Walgreens, who have never agreed on anything, both went on the Snapfish platform. By the time I left ten years later, we did close to 43 million transactions a year in 22 countries. Our next closest competitor did just about eight million transactions.

I look at Minerva as the same thing. We're not coming in and saying, "These universities have been around forever, and education needs a new model, and these universities will become irrelevant." That's ridiculous. Its much better to actually fit in with the system. We relieve the pressure and insanity of student demand and we provide jobs to the enormous number of PhDs who simply cannot find academic jobs, because they don't exist.