StockTwits is known as a social network for traders, which is, for the most part, accurate. Today the company rolls out a new function that appeals to market-following masses.

It's a Heatmap page that provides a cool visualization of which stocks the site's 200,000 members are discussing most, in real time. You can break it down by sector and by time frame (last hour, six hours, 24 hours), and the algorithm takes volume, influence of those discussing the stock, and velocity into account. If a company has never been discussed but suddenly a small handful of prominent members mention it, it'll surface on the heatmap faster.

Here's a look at the technology page: 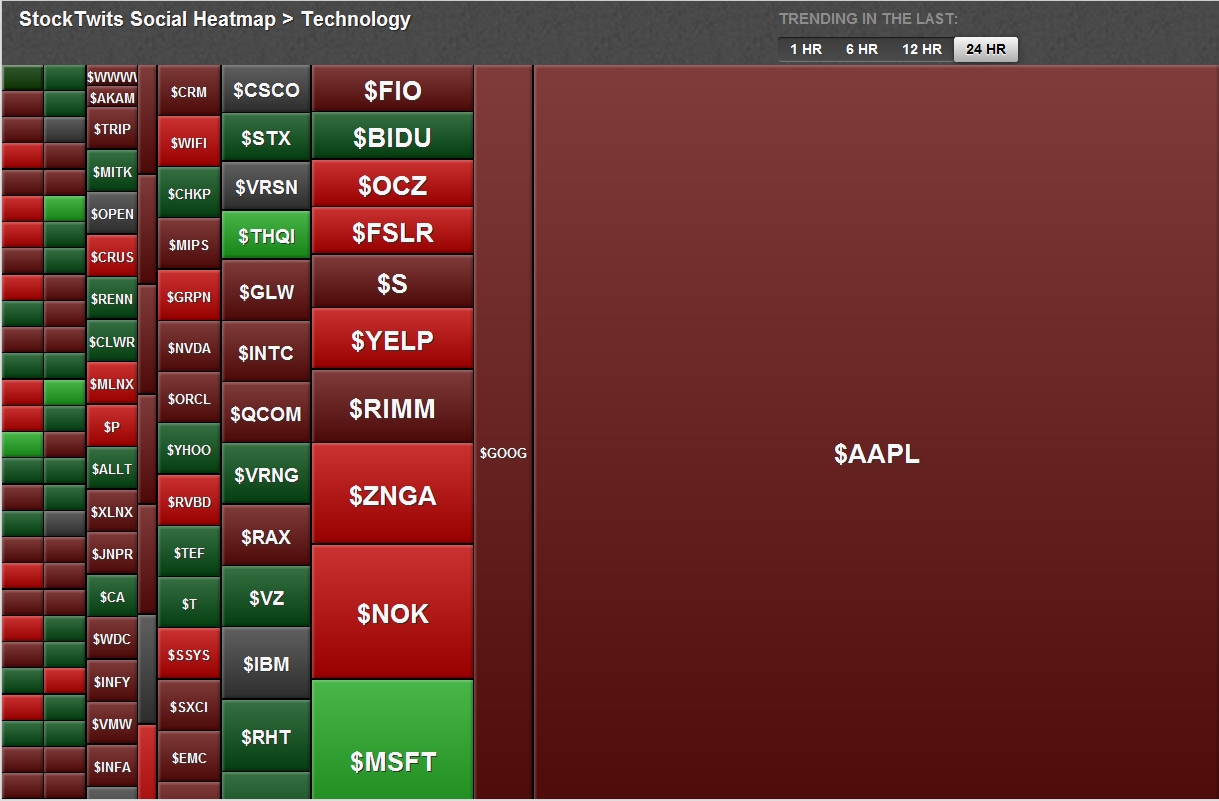 But beyond that, it gets interesting. The trending companies aren't always the ones most discussed on Twitter or tech blogs. On Sunday night, IBM, Redhat, Ocz Technology, Yelp, Fusion-IO, and Rim were trending. You can click through each company to see why.

StockTwits has developed an internal influence ranking system similar to Klout scores, which it will surface to users in the coming months, Lindzon says.

It's one in a long line of features the site has rolled out, as it moves away from its genesis as an aggregator of stock-related Tweets. The company invented the dollar sign stock symbol hashtag as a way to aggregate Tweets relevant to traders. Now it offers an entire dashboard, free of cost, with plenty of functions that mimic expensive, subscription-based Bloomberg and Thomson Reuters terminals.

"I think Twitter beats all of those guys on news," he says. "We're really about speed." There's also a premium account for compliance, enterprise, and analytics features.

It earns money from selling data to Bloomberg, TR, and peers, as well as through partnerships with corporations who use its network to disseminate news releases. For them, StockTwits is cheaper than the newswires and the offerings of Verified. More than 200 publicly traded companies use the service.

I asked Lindzon if the fiercely competitive (and acquisitive) Bloomberg and Thomson Reuters were fighting to acquire the company to keep the other from using it. No comment there, but he mentioned companies like Yahoo (which has Yahoo Finance) and Google (which has Google Finance), as well as FactSet, could also be potential acquirers. 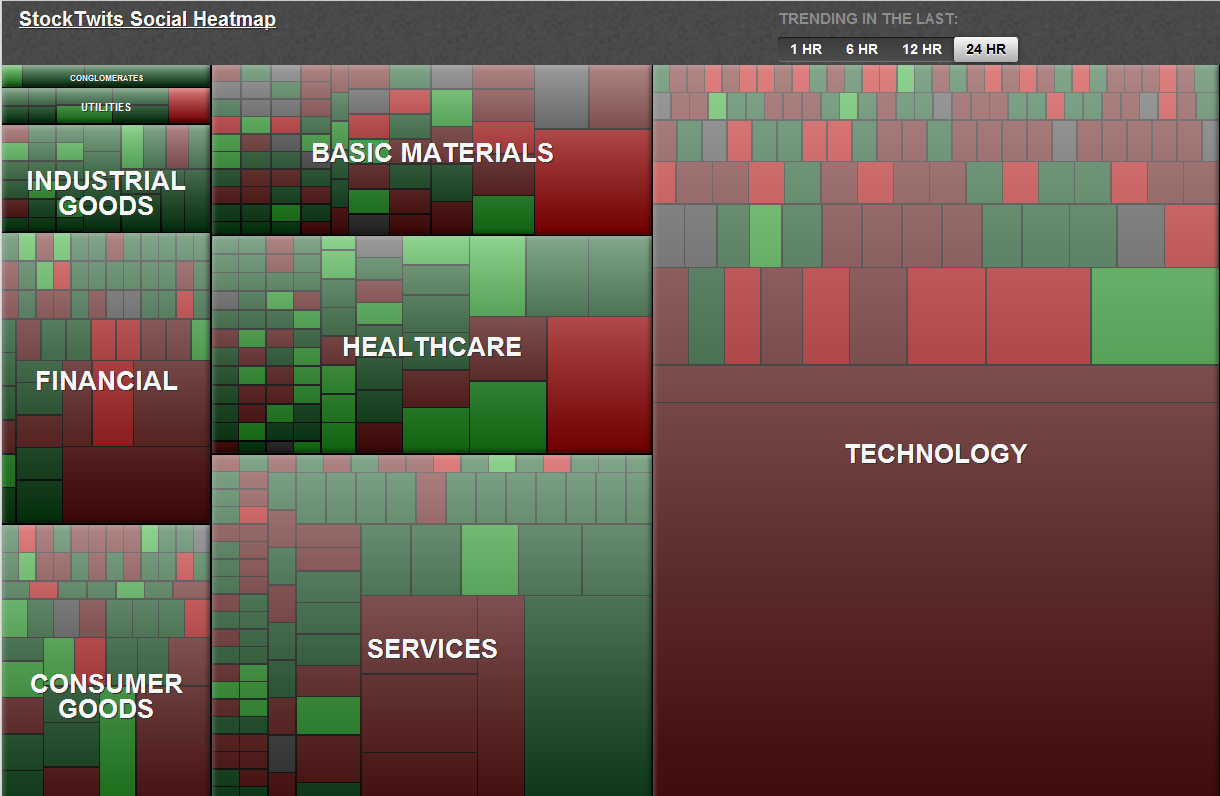