Thefuture.fm Has Solved a Problem That Turntable, YouTube, and Spotify Couldn't

Dave Stein knew nothing about code, startups, or running a tech company. Two years ago, he was a self-professed "club kid," deeply entrenched in New York's DJ scene in his role as a party promoter.

But he hated the fact that the amazing DJ sets he'd experience at parties couldn't be legally published and shared online. He investigated the reasons behind it, realizing the problem was complex but not impossible to solve. All one had to do was identify each song within the mixes, track how long they'd been sampled, and figure out a way to pay the rights holders. It was like a slightly more advanced Shazam. And yet, it was something Turntable.fm, Spotify, 8Tracks, Soundcloud, Pandora, and YouTube hadn't bothered to figure out, perhaps because they'd failed to recognize the opportunity.

Stein recruited an engineer to crack the code, got a desk at General Assembly, and rounded up $500,000 in seed funding from Governing Dynamics VC and angels under the name Dubset. But after a few months, he realized a few things:

1. The technology, dubbed "MixScan," had uses far beyond what he originally imagined, and new lines of business were presenting themselves left and right.

2. The name Dubset was too similar to the music genre dubstep.

Today the company relaunches as Thefuture.fm. Yes, it's a streaming music site for long form DJ content, as Stein originally envisioned. But it's also positioned to create a mini-empire within the growing world of DJ music.

Earlier this month, he quietly closed a bridge round of funding that puts the company's backing at $2 million from angel investors from the VC and music worlds. An official Series A round is in the offing.

Stein's fingerprinting and rights flow management technology MixScan is being applied to several different verticals. The first is Thefuture.fm's online radio stations. This is basically a Pandora by DJs. Or a Turntable.fm, if it allowed actual DJ mixing and mashing up.

The stations feature all long form mixes, and any DJ can create and upload content. Currently 5,000 DJs use Thefuture.fm to distribute music that was previously relegated to mixtapes and illegal downloads. DJs can also sell their tracks via the site. Stein monetizes these stations using ads from TargetSpot; at some point he may charge a premium subscription or work with brands for bigger sponsorship deals. He's been meeting with ad agencies and brands that will use Thefuture.fm's API to connect with DJs and their fans in a liability-free way. (See an example of a brand page from Victoria's Secret below.)

Then there is the live streaming piece. This is a big opportunity for music festivals, parties, and concerts, which previously found the process of streaming and selling recordings of DJ sets to be too complicated, Stein said. At SXSW, he previewed the platform to the owners of some of the world's largest music festivals. 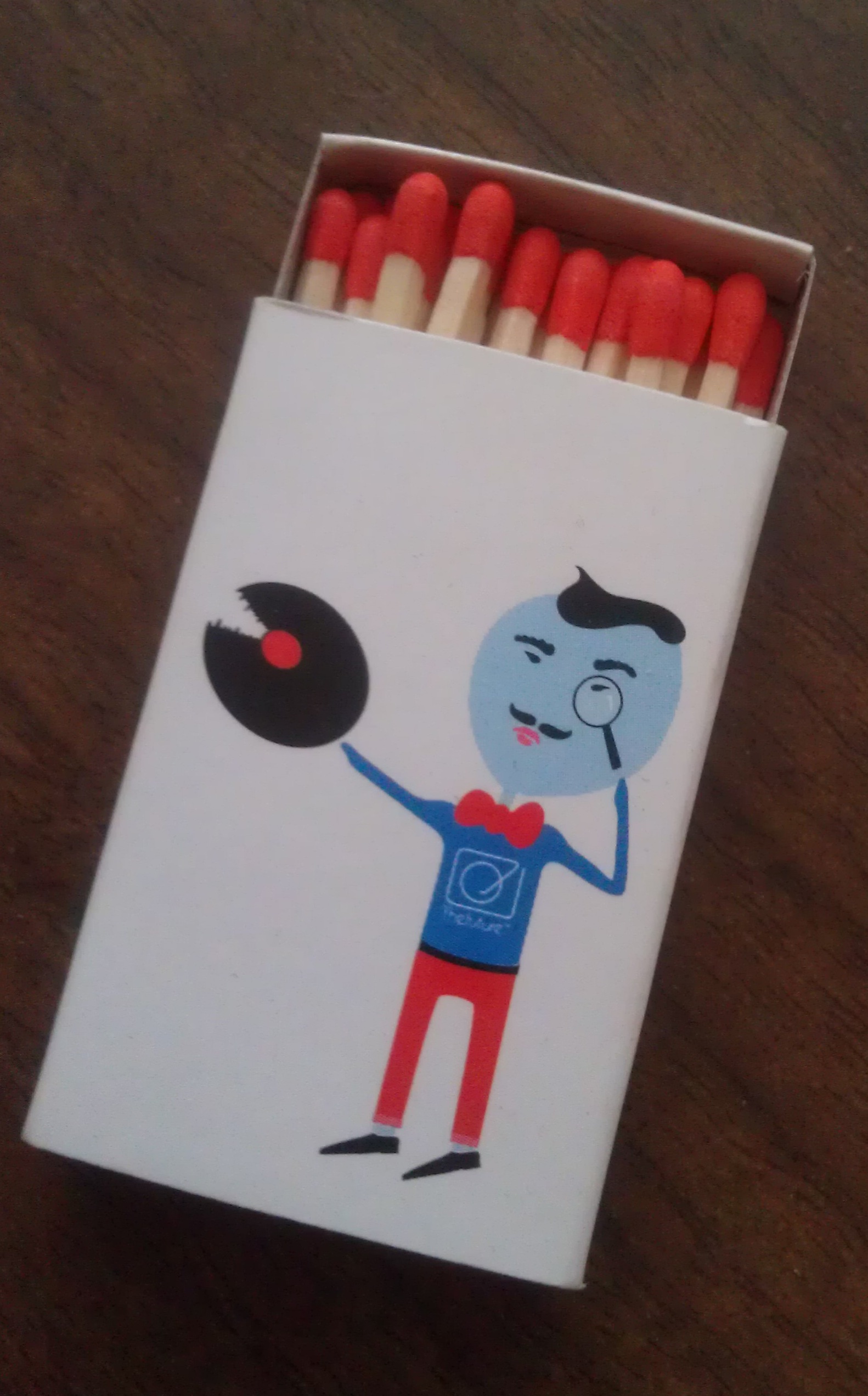 I know this because I saw them coming and going from a suite around 10 of us shared at The Driskill. The site was supposed to launch then, and Thefuture.fm threw an appropriately wild set of parties to commemorate the non-occasion (including one in an East Austin house, where VIP access was denoted with little matchboxes).

The third opportunity is background music for hotels, restaurants, and stores, looking for unique ambiance that reflects their "sonic identity." This sounds totally ridiculous but "music styling" is a real thing, especially for luxury brands.

Lastly, there's the data that Thefuture.fm will provide to record labels. DJs are usually pretty up on trends; so record labels are willing to pay to get data on what they're playing, in what parts of the world, and how often, Stein said. The B2B pieces -- branding, data, and background music -- represents the biggest opportunity, Stein said. 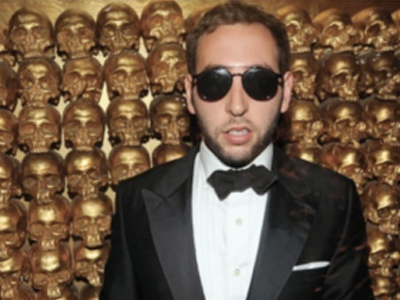 It's all in the name of creating value for the long form. Stein wants DJs to be able to make money beyond just performing, and he wants them to be able to share their mixes legally. All the right people get paid in this situation: BMI, SoundExchange, ASCAP, SESAC, and NARM receive payments through Thefuture.fm's rights management technology, although it's less than, say, Turntable.fm would pay, because it's adjusted for how long each song is sampled. Meanwhile DJs and Dubset get paid through TargetSpot's ad network and whatever branding deals Stein negotiates.

Naturally it could all fall apart, if suddenly DJ culture goes out of vogue. I'm skeptical -- DJs now headline festivals, tour the world, and soundtrack our dinners at upscale restaurants. If they're the new rock stars, Thefuture.fm is the new radio. 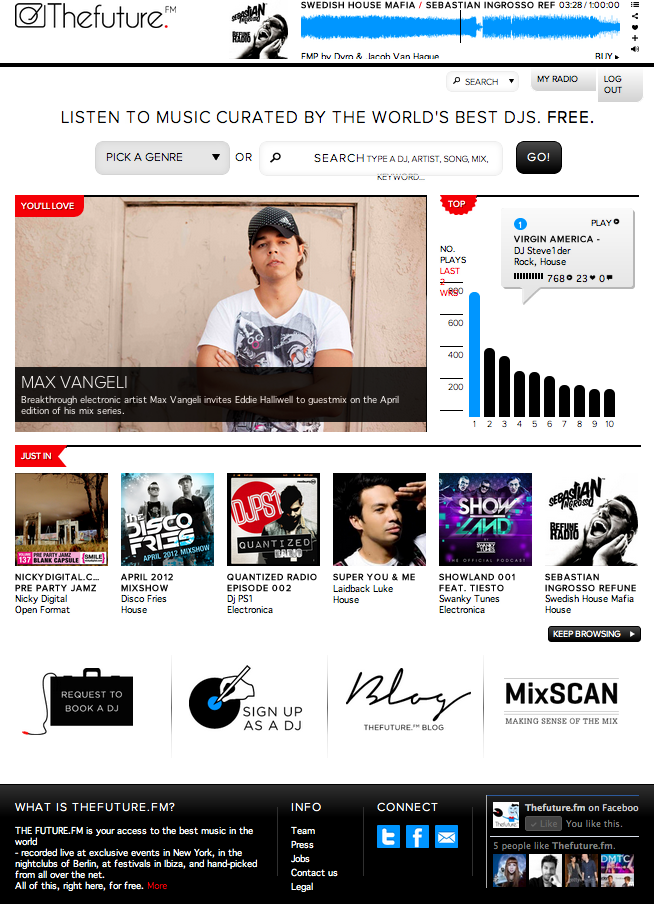 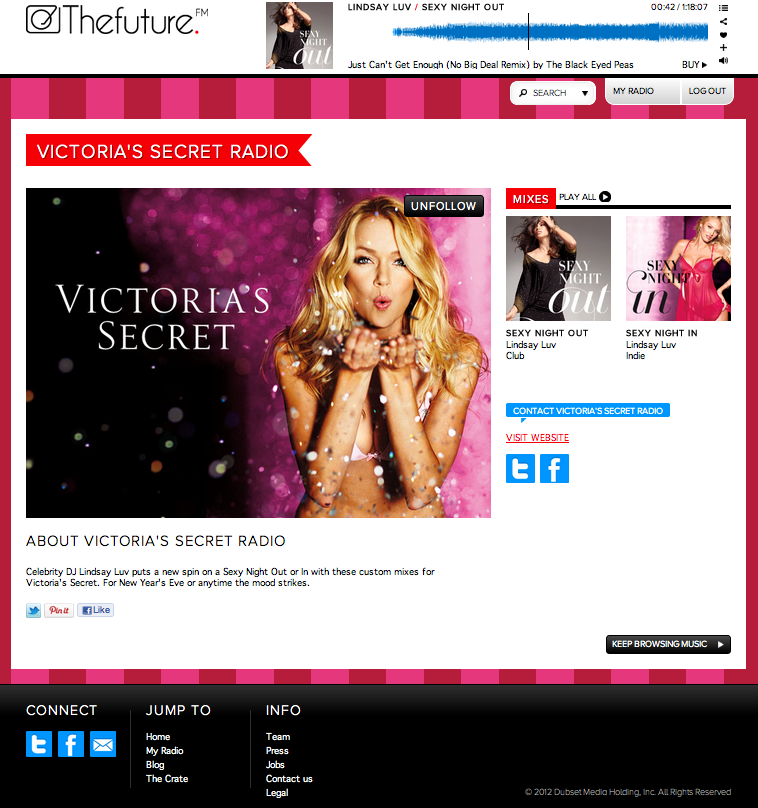