LA has incubators galore though not all are created equal. MuckerLab is one that people may not hear the most about, but which has been quietly making a name for itself among people in the know.

Yesterday was Mucker’s inaugural Demo Day. The event was attended by nearly 300 angel investors and VCs from across California. Believe it or not, some people were intrigued enough to brave the 60 minute flight from the Bay Area. (Oh, the horror...)

Maybe next time they can fly semi-private on MuckerLab alumni company Surf Air (more on that below). 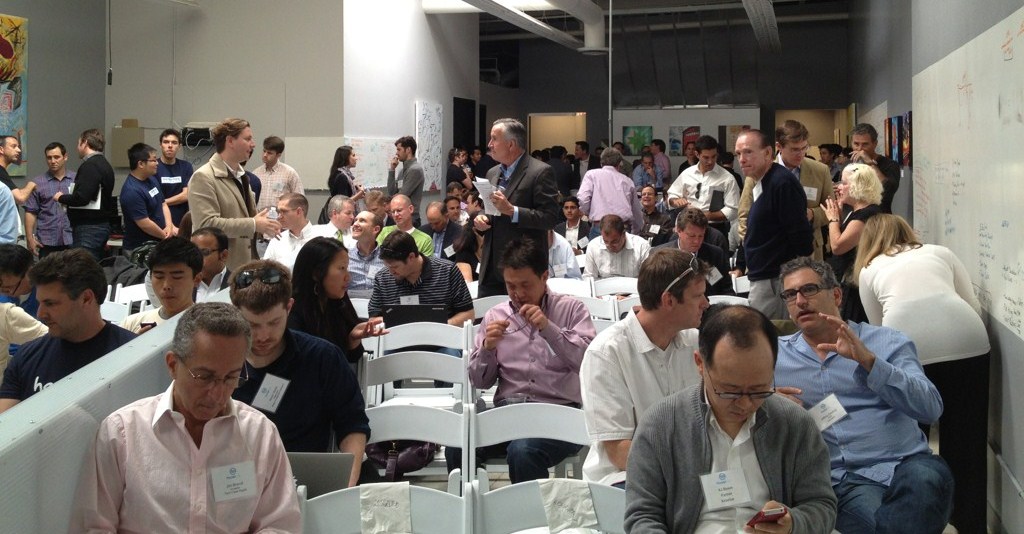 Mucker is known in the LA startup community for "no networking, no distractions, only building strong companies," as a Sam Teller of competing incubator Launchpad described it.

Individual business models aside, the batch of nine companies were all extremely polished and prepared. Prolific Los Angeles-based angel Paige Craig compared the event favorably to the Y-Combinator Demo Day he attended earlier this year. With that in mind, it’s not terribly surprising than several of the pitching companies had already raised a portion or all of their targeted seed financing, which ranged on this day from $750,000 to $3.5 million.

Below is a bit about each graduating company, in order of presentation.

Instacanv.as – Marketplace for Social Media Art & Artifacts: These guys currently produce physical canvas artwork from digital content, with its initial offering based around Instagram photos. After eight weeks, they have grown impressively to 1.1 million monthly uniques, 40,000 users per day, and 25,000 user galleries in 30 countries…without spending a dollar on advertising.

The company hopes to expand to produce other products, apparel, and décor, as well as accept other artwork outside of Instagram. As an impressive aside, they recently snagged an intern away from NASA. This is a hot area with some existing competition. That said, it doesn’t seem like a space that has room for only one “winner,” and early numbers indicate Instacanv.as could remain a part of the conversation.

Retention Science – Big Data Retention Marketing Platform for E-Commerce: This team has developed big data algorithms to help ecommerce companies understand the purchasing behaviors of not only active customers but more importantly of inactive customers. This is important because often more than half of a company’s past customers do not regularly engage going forward. The output to business owners is actionable advice, what to do, to re-engage and monetize these lost customers.

When I first heard the pitch, my reaction was, “If they actually do what they say they do, this is fantastic.” Follow up conversations with the company and its early angels left a positive impression. We'll see if they can deliver.

LifeCrowd – Marketplace for Social Activities: Lifecrowd is an online marketplace connecting people for offline social activities. Users can discover new activities or volunteer to host events in their area of expertise. They’ve mashed up a few startup buzz words in creating their product including social graphs, user reviews and a personalized recommendation engine. The service is currently available in Los Angeles, San Diego, and San Francisco. The company’s founders have three successful startup exits under their belt and they recently announced a $5 million investment from Lightbank, among others.

Ecinity – Automated Marketing Solutions for SMB’s: This online marketing manager has wins the award for tech buzzword bingo, incorporating artificial intelligence, self-learning, and service “in a box.”  Ecinity promises to help local businesses attract new customers without paying for advertising and with little or no effort.

Eight weeks in, the startup has 800 paying customers currently in its closed, private beta, which the founder equated to “Driving 150 miles in 10 minutes.” The magic behind these big promises was a bit difficult to grasp, but essentially it seems to stem from driving social media campaigns. Without a bit more explanation and evidence, this one is stuck in the too good to be true bucket, but I'm open to being proven wrong.

Penango – Cloud Security and Encryption Solutions: Penango wants companies in regulated and sensitive industries to communicate more efficiently without compromising security. They offer cross-platform cross-browser encryption for cloud applications. This is currently limited to webmail but in the future they plan to expand to instant messaging, collaboration software, and document storage.

One example use case presented was a consumer requesting copies of cashed checks from their bank. The Penango solution reduced the process of viewing the check images from more than ten “clicks” to two. The system is solid enough at this early stage to have attracted contracts from the US Navy and Greenpeace. They also claim to have a 650,000 seat backlog of waiting customers.

Laffster – Online Distribution Platform for Premium Comedy:  Laffster sees online comedy content as fragmented and unsophisticated compared to other content types. Its founders created a platform to enable discovery and curation as well as to attract big advertisers looking for the online equivalent to the $30 billion spent on TV comedy advertising in 2011.

They quite generously compared themselves to the Hulu of comedy. The company licenses premium studio-produced content, thus far several thousand hours of it, at no upfront cost and with no pay-per-stream costs, no geographic restrictions, and no social restrictions.

Pulling a few more concepts from the buzzword bucket, they threw out "personalized," "interactive," "intuitive," and "gamified" to describe their user experience. The guys behind this company are great and their advisors are extremely impressive. That said, this is a highly competitive space with some deep pocketed incumbents.

Users “vouch” for products and services they own or use and love, such as a favorite pair of running shoes. VouchTree then recommends similar products to the user and their friends, in a “Netflix-like” manner according to its founders. The company promised passive interest mapping through natural language processing of existing online behavior (*stalker alert*).

They gave an example from their beta, where 100 initial users automatically and instantly created 52,000 profiles for all of their friends, prior to the connections ever having logged on. (Holy hell, people are going to hate that.) We all need solutions to problems of information overload so it’s no question that this is where the web is going. Unfortunately, those who head their too early risk alienating their would-be customers. The period ahead will undoubtedly be a delicate one.

Walla.by – One Credit Card to Rule them All: Walla.by has taken a different approach to revolutionizing payments. Rather than eliminating all the credit cards in our wallets, the company looks to combine and optimize their use. A single Visa-branded Walla.by card will dynamically rout transactions across existing cards based on preferences for things like rewards, miles, interest rate optimization, and savings.

The solution is great and one that I’d love to use myself, but it hinges on users’ motivation and ability to manage their preferences. I liken the problem to setting up email filters. If done properly, the world becomes an organized and efficient place. More often than not, it’s too much trouble and falls by the wayside.

Another challenge is addressing the inevitable ambiguity between personal and business purchases. The company has a couple smart ideas about how this will work, but its sure to be a key issue to solve. That said, these guys are addressing an enormous market that is desperately seeking solutions. Also, if they manage to reach scale, the data they collect on purchase habits will be seriously valuable, should they elect to monetize it.

Surf Air: All-You-Can-Fly Executive Airline: Skipping straight to the end of their presentation, Surf Air closed to a standing ovation. It also happens to be the least “tech” company in the bunch. That said people HATE airlines and airports. Anything that can alleviate the hassle of traveling is bound to get people’s attention.

Surf Air is offering $1,000 per month unlimited flight memberships. The service currently flies two aircraft between four cities across Los Angeles and the San Francisco Bay Area. The goal is to prove the model locally and then expand to 25 strategic markets nationwide with six aircraft per market.

They fly only executive aircraft among regional airports, which are typically dramatically under capacity and offer far less stressful travel experiences. Existing memberships allow the company to pre-screen passengers and avoid lengthy security procedures. Passengers currently “drive up, hand their keys to a valet, and board their plane.”

For those questioning security and the ability to operate this ambitious plan, the company is founded by two brothers who consist of a pilot and a former member of the Department of Homeland Security, who personally flew an average of 27-days per month for years. To say they understand the market would be a dramatic understatement. A few early passengers were in the audience, and they gave glowing reviews, with one describing the service as “a private flying experience at commercial prices.”