Wikinvest Pivots to SigFig, a Comparison Site for Investments

Wikinvest got its start five years ago as exactly that: a wiki for investments. Now, after tracking $30 billion worth of assets, the company has twisted that data into a consumer site with better tools, a better interface, and a business model.

It's called SigFig (short for significant figures, a financial term related to precision). It goes live today, so the half a million people on the company's waiting list will be able to finally check it out.

SigFig has been operating in a closed beta with 5000 users. Since the waiting list is so big, the company has offered access codes to interested PandoDaily readers here.

The site provides unbiased wealth management advice that leads to an average savings of $600 per year for customers, improving performance by 4.5 percent, co-founder Mike Sha says. Investor Dixon Doll of DCM compared the company's services to that of Morningstar, or a high-end Mint.com. "It goes way beyond what Mint.com did, and that got sold for $200 million," Doll says.

On SigFig.com, users can very simply analyze their investments to indentify where their investment manager might be ripping them off with higher load fees, unfair annual expense ratios, overpriced commissions, or bad asset choices. Often there are several funds which invest in the exact same underlying companies but charge different fees almost arbitrarily. SigFig is designed to smoke out the unnecessary ones. 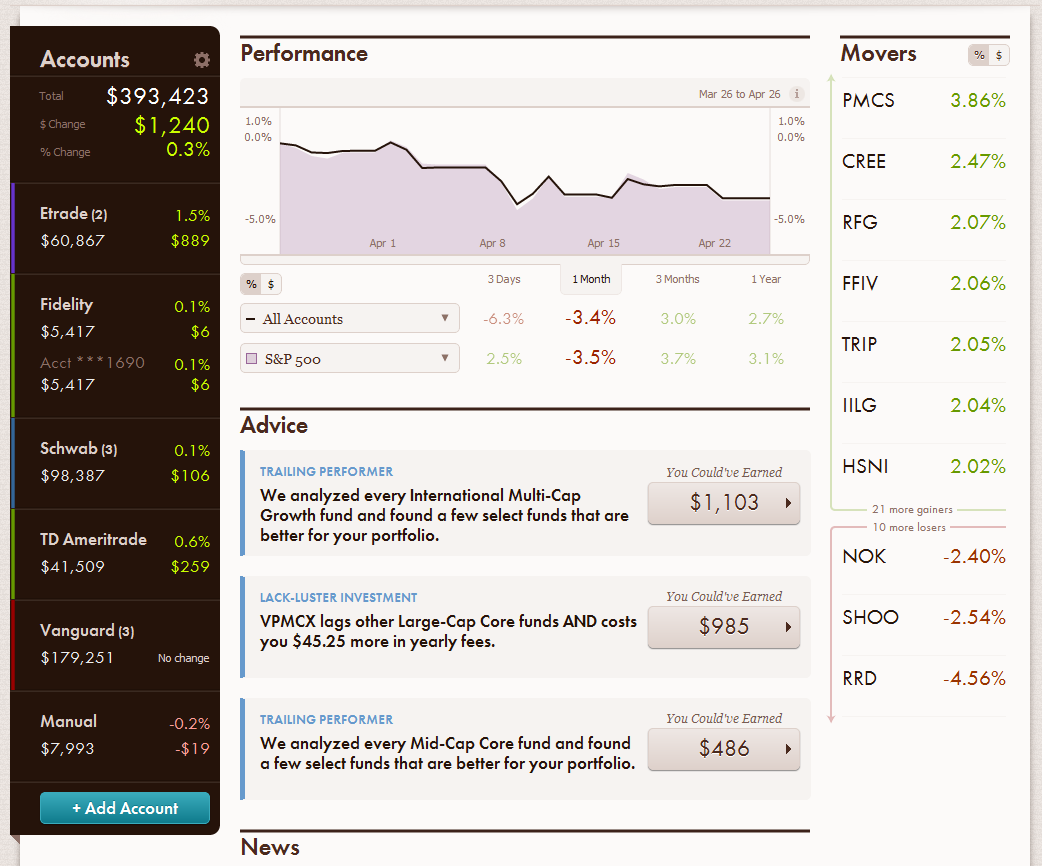 The idea is that high quality asset managers are only available to super high net worth individuals, but your average owner of an IRA or two could use the same advice. Even on the high end, investing software isn't perfect. Doll notes: "A few years ago, Goldman Sachs spent $1 billion updating its portoflio management system, because they saw it as a competitive advantage. But it still wasn't a system that was truly objective."

SigFig's selling points are that it is free and objective. The company earns a bounty in cases where it identifies a better advisor, and the user actually switches. That creates a bit of a perverse incentive for the company to encourage account hopping, but Sha insists that SigFig would not be adopted if that were the end goal. If the service weren't truly finding savings, customers would have no reason to switch or use the service at all, so integrity is key to the whole thing working. There's also a tiny element of Occupy Wall Street-inspired "screw you banks" involved, which I'm only pointing out based on the timing of this launch with Occupy's big day of protest. 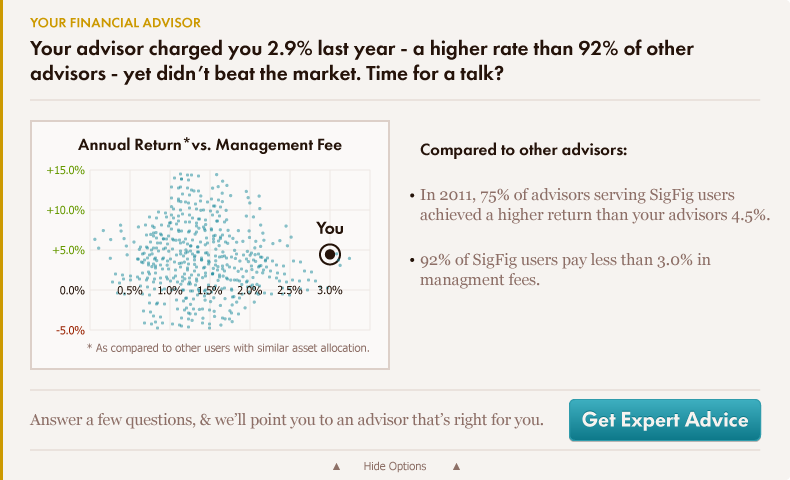 The biggest challenge the company faces, I believe, is getting people to care about their investments. Brokerages make their sites so complicated to use that the already unenjoyable act of dealing with finances is that much less likely to happen. Most of us would rather procrastinate (says the person with a five-year-old IRA still held at cash), or pay someone else to deal with it for us. As Sha notes, people are "ridiculously neglectful" of their investment portfolios.

Urging proactive investing is almost like convincing five-year-olds to get excited about flossing. Which must be where SigFig's quirky piggy bank mascot comes in. (I kid, and I do think the interface is clean and compelling enough that once people try it, they'll stick around.)

SigFig also enters a competitive market. There are no shortage of tools out there to help people track their investments, manage their risk appetite, or watch their spending. There are the stock geek tools like Stocktwits, Riskalyze, and Kapital. Wealthfront targets new investors who don't need to be told what to do with existing investments but want advice on future investments. Sha believes SigFig is different, because it actually tells you what to do with the money you currently have scattered across 401Ks from old jobs, IRAs you set up long ago, and your spouse's random savings account. "For 90% of people, this is a means to an end, and not a hobby. Our tool is geared toward making practical decisions," he says.