PandoDaily has learned that much heralded LA startup BetterWorks executed significant layoffs this week. The employee perks platform terminated all of its sales and marketing staff and half of its operations team on Tuesday.

The list of departing senior executives includes VP of Sales Kevin Gaither, VP of Marketing Greg Smith, and Head of Business Development Robyn Ward, as well as their respective teams. Additionally, former VP of Sales Mike McGlade and Director of Sales Laura Fisher left the company shortly before the layoffs.

The remaining staff consists of product engineering, a limited customer support team, and half of the previous operations team.

BetterWorks offers small and medium businesses an online solution to institute employee perks and recognition programs. Its users connect with local vendors that offer discounts on dining, fitness, laundry, education, and other services.

The company expanded rapidly in the last 18 months, growing its team to more than 60 and entering most major metros around the country. It was founded by prolific angel investor Paige Craig, Yammer co-founder George Ishii, and Farmville co-creator Sizhao Yang.

As a result, his company is pivoting with regards to its customer acquisition model and will focus on online, affiliate, and email marketing. Craig goes on to say that he and his investors continue to believe in the employee perks and recognition business.

An unaffiliated angel investor speaking on the condition of anonymity predicted Craig's explanation, saying, “I would guess that they are ‘pivoting.’ My speculation is they are cutting burn and hoping the engineering  geniuses can figure it out.” This seems to be a fair assessment.

The very nature of BetterWorks’ business means that it faces much of the same business development challenges as daily deal sites like Groupon. It’s inherently a feet-on-the-street (or butts-in-seats) business, which does not lend itself to lean operation. 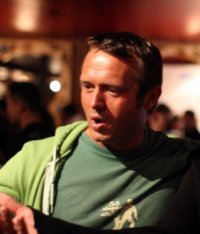 Craig, a former marine and a self-branded “adrenaline-fueled investor” is known for his aggressive style as an investor, an entrepreneur, and also in his night life. In a blog describing the speed of launching BetterWorks, he wrote, “And from an anonymous quote, I remember walking by my first two years at West Point: ‘In the absence of further orders…ATTACK.’”

In the year and a half since its launch, BetterWorks and Craig have woven themselves into the fabric of the Los Angeles tech ecosystem. Craig is credited with branding “Silicon Beach” and has become somewhat of a Pied Piper for local entrepreneurs. As a result, any shakeup in this flagship company is bound to have big impact on the LA community.

Craig's key message that he wanted to get out was, "These are great people that I was unfortunately forced to part with. If anyone sees a BetterWorks resume, they should absolutely hire them." Apparently, you can take the leader out of the military, but not the military out of the leader.

BetterWorks has raised a total of $10 million to date, including an $8 million Series A from Redpoint Ventures in February 2011. According to Craig, the company has approximately half of this cash still in the bank, and the new slimmer operation has a 16 month runway to figure it out.