GameSalad has been called both "the startup that's going to kill programming" and a "revolutionary code-free game development platform."

The company began offering its “drag-and-drop game creator” in 2009. Through its visual programming interface, it’s possible to build a game using only pictures and flow charts that describe the action.

Recently, GameSalad announced the release of its tools for Windows users, drawing praise and wide coverage in the tech press. A far more important announcement, both for the company and the mobile gaming ecosystem, went entirely unreported.

Earlier this month, GameSalad signed a partnership with Tencent, China’s largest and most used Web portal. To understand the magnitude of their dominance and the variety of areas in which Tencent operates, it would be as if Google, Twitter, Skype, ebay, and Zynga were one company.

Through this partnership the GameSalad Creator visual programming interface will be localized into simplified Chinese (traditionally, the majority of coding around the world happens in English). The result is that tens of millions of game obsessed non-programmers in the world’s largest country now have an easy to use toolset to unlock their creativity.

“Historically, if you wanted to develop rich media applications like games, you needed to not only know computer science, but also understand English in many cases,”  says GameSalad CEO Steve Felter. “We've removed two huge barriers from the equation and we think this uniquely positions GameSalad to become a universal programming solution for people around the world.”

The partnership is a win for Tencent too as the company just launched its own Android app store and is in search of more content. The product is currently running in a closed beta on Tencent network with a public release expected this summer.

The localized game creation engine is hosted on local servers and will integrate with Tencent’s leading QQ social network, its local ad network MobWin, and in-app billing via local mobile carriers. In a country where only 10 percent of the population has credit cards, this last feature is perhaps the most critical.

“In many ways it takes local developers to create compelling socially relevant content,” says Felter. Factors like cultural differences make it extremely difficult for Western companies to introduce content that resonates in China.

“In talks with Tencent, we heard that there’s a big void for tools like this,” says Felter. “They’ve seen a big groundswell in the developer community there. Unfortunately, in some cases, creative outlets have not been encouraged or nurtured. With companies like Tencent leading the charge, we’re seeing a change in this mindset before our eyes.”

In the last three years GameSalad has enabled over 300,000 developers to produce more than 60,000 original iOS, Android, and HTML5 game titles. In 2011, its game creation engine was used to produce 15 percent of all new game releases in the US iOS App Store. In its history, it has had 60 games reach the iOS app store Top 100, 10 games reach the Top 20, and games reach the number one and number two positions. 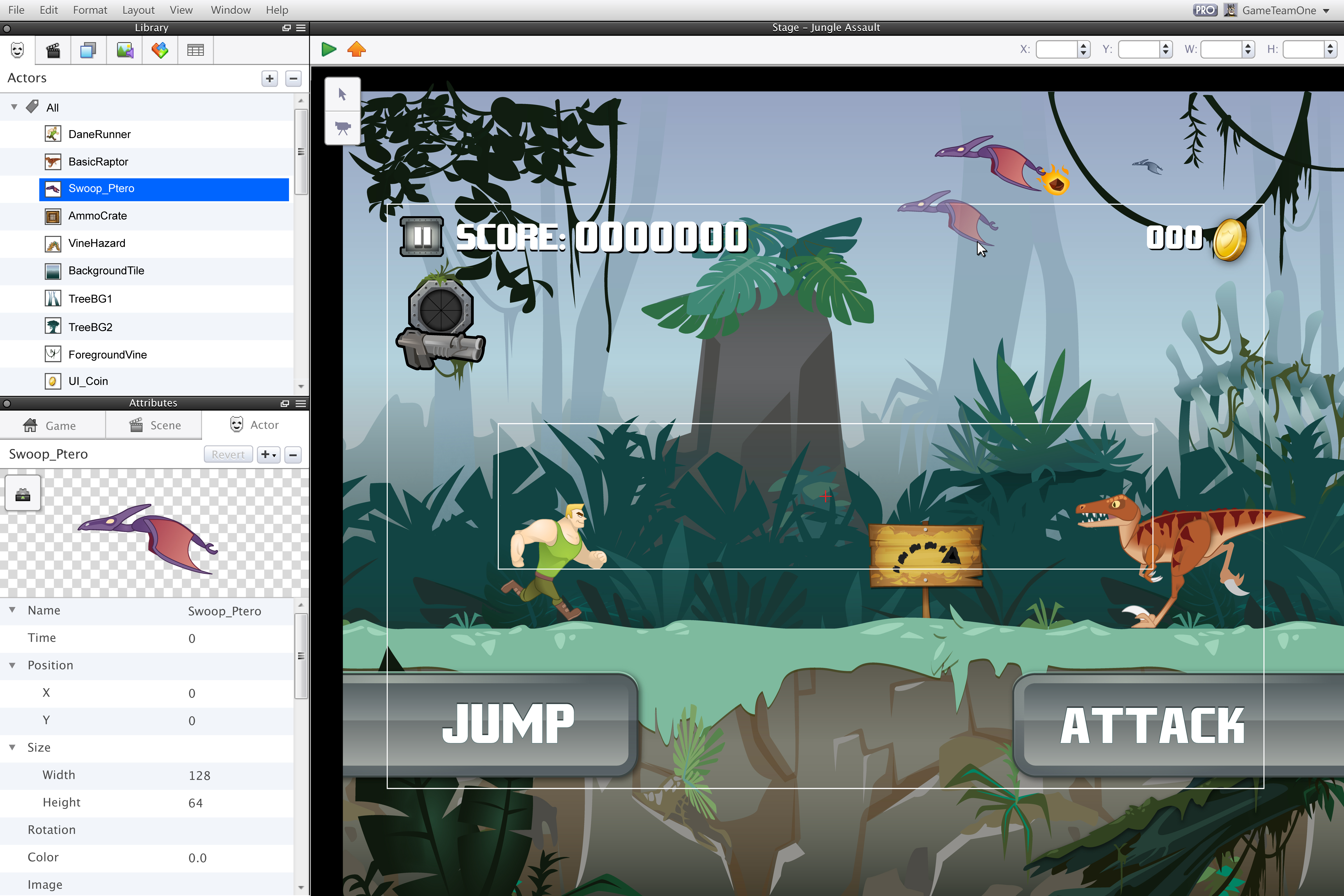 GameSalad operates on a SaaS model priced at $300/year for cross-platform iOS, android, and HTML5 publishing. A free ad-supported version of the product is also available.

GameSalad is not resting on its laurels. It plans to roll out new features including a comprehensive analytics suite and an app distribution network. “Whoever can create the Zynga bar for mobile is going to be the big winner,” says Felter.

Plans for international expansion aren’t slowing down either. China is obviously the largest market in Asia, but the company has its sights set on reaching others including Japan and Korea in short order.

On the subject of international expansion, Felter says:

“We believe it's important to have a strong presence in the largest international markets in order to establish GameSalad as the de facto standard for game creation. China is one of the fastest growing smartphone markets and we've received a lot of interest from developers in China who want to use our platform. By introducing a product that is tailored for specific international markets, we think we can increase our developer base by more than 10X over the next 1-2 years, primarily driven by international expansion initiatives in key markets such as China.”