In his new book on growing inequality in America, UC Berkeley economist Enrico Moretti says that Silicon Valley has an outsized influence on employment growth and that it has created more jobs than it has destroyed.

The Internet sector has been growing 200 times faster than the rest of the labor market, Moretti notes in “The New Geography of Jobs," and, as he told me in a recent interview, it is “our best hope for creating more jobs in the future.”

“Technology increases American jobs in two ways,” Moretti says. “It increases directly, through jobs in the technology sector. There has been very strong job growth over the last 20 to 30 years. But also in the [rest of the country] by making production more efficient and expanding the range of products and consumer goods.”

Even though the likes of robots and cloud services reduce the number of technical jobs, Moretti argues, “the net effect is positive, and it’s particularly good for an advanced industrial culture like the one in the US.” Lean companies such as Instagram can start up with just 14 employees, but their overall contribution to the job economy is net positive, Moretti says.

While each manufacturing job, for instance, creates 1.6 local jobs in service industries – barbers, waiters, doctors, lawyers – each innovation job creates five. For example, Apple employs 13,000 workers in Cupertino, but it generates close to 70,000 additional jobs in the region.

However, while the effects may be positive for the Valley, other parts of the country are suffering. We are now witnessing an unprecedented redistribution of jobs, population, and wealth in America, Moretti says, which is likely to accelerate in the coming years.

In “The New Geography of Jobs”, Moretti divides the US into three “Americas”: the brain hubs (like the Valley), whose workers are the best paid on the planet; the post-industrial cities, which are losing jobs and residents rapidly; and those cities in middle that could go either way. This divergence, Moretti argues, is one of the most important economic developments in the US. It causes geographic disparities in other aspects of life, from health to family stability to political engagement.

Even while the Internet sector generates jobs at fiber-optic speeds, the effect is different depending on workers’ skill levels. “The positive effect is more positive for the very skilled workers and less positive for the unskilled workers,” Moretti says. That disparity contributes to increasing inequality in the workforce, which can best be countered by investing in education. “One way to keep inequality in check,” he suggests, “is to vastly increase the number of college-educated workers in this country.” 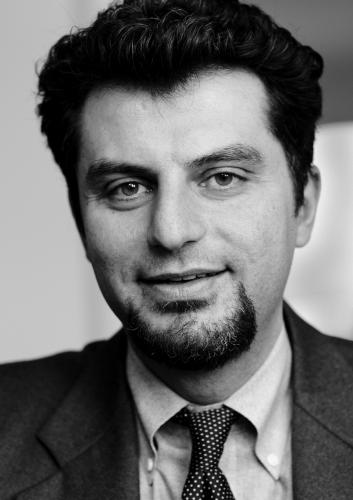 But let’s focus on the positives. And, because we’re lucky enough to be in this industry, there are plenty. Take those Instagram-like lean startups. Moretti likes them because as they expand, job growth takes off. As startups succeed, many of the top workers move on to other ventures. “That’s a major generator of additional jobs,” says Moretti. “These people are among the best employees, they typically tend to be the most creative and most entrepreneurial.” And so it becomes a virtuous cycle.

That cycle also reinforces a “thick market” effect, which further bolsters the health of the jobs ecosystem in Silicon Valley. Because the market for very specialized occupations in the Valley is robust, someone with specialized knowledge is more likely to be matched with a company that needs those particular skills. In a thinner market, both worker and employer would have to settle for a worse match. The thick market effect drives up salaries, which in turn contributes more money into the local economy through spending on services. And that creates more jobs.

In that sense, says Moretti, it was “clearly a smart move” for San Francisco to give a tax break to Twitter to encourage the company to remain in the city. The deal lets companies that move or remain in the city’s Mid-Market and Tenderloin districts avoid payroll taxes for new employees for six years. But even with their disproportionate influence on the jobs economy, that doesn’t mean tech companies should get special tax allowances.

“I’m deeply skeptical of industry-specific tax treatments,” Moretti says. “There is little economic rationale for favoring one industry over another.”