It works for some, but not all. An overblown launch event for a tech company is likely to garner lots of attention and an immediate backlash -- especially when the demo turns into a complete and utter trainwreck.

Airtime shot for the moon this morning. The celebrity-laden launch event at Milk Studios in the Meatpacking district reflected the big, big ideas Sean Parker and Shawn Fanning (but mostly Sean Parker) have for their video chat website. When Jimmy Fallon (and Olivia Munn and Alicia Keys and Snoop Dogg and Ed Helms and Jim Carrey and Joel McHale and Martha Stewart and Julia Louis-Dreyfus) tell us a site is going "blow our pants off," it had better deliver.

But Airtime is just a video chat website: During the 45-minutes we waited for the event to begin, I polled members of New York's tech journalism army and got similar answers from everyone: It's just video chat on Facebook. With random people, if you want. 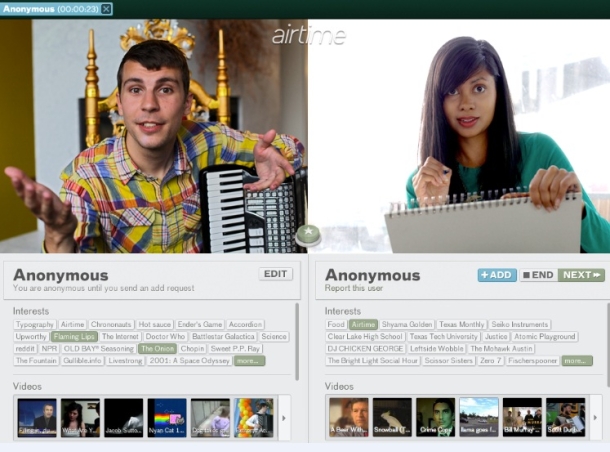 Not exactly a revolution (and yes, I concede that we journalists can get caught up in ironic detachment from what we cover). I'll admit the app is very frictionless, and if I were a bored teenager, I might use it to see which of my friends are free to chat, something I'd probably already do on Gchat or Skype.

But to hear it from Parker, though, you'd think it was the second coming of Napster. "We're trying to rewire the social graph," Parker declared. Airtime incorporates several trendy, of-the-moment, big ideas:

For one, it's real time. Parker noted that, finally we have a real time Internet, but we're apparently not using it. (Methinks Twitter would disagree.) Games like Draw Something, and others on Zynga, are turn-based and asynchronous, he said. Yes, but what about Turntable.fm, a once-hot, real time application that users complained was "too engaging"?

Second big idea: Airtime is using the "Interest Graph." There are two schools of thought on the Interest Graph: One is that common interests lead to stronger bonds between strangers than the ones you have with the people you already know, therefore, the Internet should harness the Interest Graph to connect people. After all, anonymous message boards and chatrooms are part of the Internet's roots (not to mention, even how Parker and Fanning met). Serendipity is a favorite word of Interest Graph advocates. Thus, apps ranging from Highlight to Tagged to The Experience Project all focus on the connecting people through the Interest Graph.

The other school of thought is that people already have enough friends and connections and can barely manage the ones they have. We're not online to meet strangers -- that's for bored or lonely people, the argument goes.

Parker falls into the former category, arguing that Airtime's random Chatroulette function, which allows users to video chat with a random person based on shared interests imported from Facebook makes the Internet "interesting" again. The Web has become boring, because everything is filtered through the lens of a social graph, and it's stifling self-expression, he said.

Big ideas and big events are Sean Parker's speciality. The party he threw for Spotify featured Snoop Dogg, Jane's Addiction, the Killers, bottle service, a roast pig, and lobsters. Today's launch event was almost as over-the-top. Meanwhile Parker's startup track record is laden with big, awesome ideas, from Facebook to Plaxo to Napster. Except he's been kicked out of each one.

With events like today's, it would be easy to say Silicon Valley has gone Hollywood, a bubble is afoot (what is Airtime's business model?), and we're all doomed. I will admit, when the demo went sideways, and Airtime froze several times, it was better to have comedians like Joel McHale, Olivia Munn, and Ed Helms cracking jokes to fill the awkwardness than the nervous Parker or soft-spoken Fanning. The question is whether the celebrities and the cornucopia of big ideas are merely papering over the staying power of the actual app. 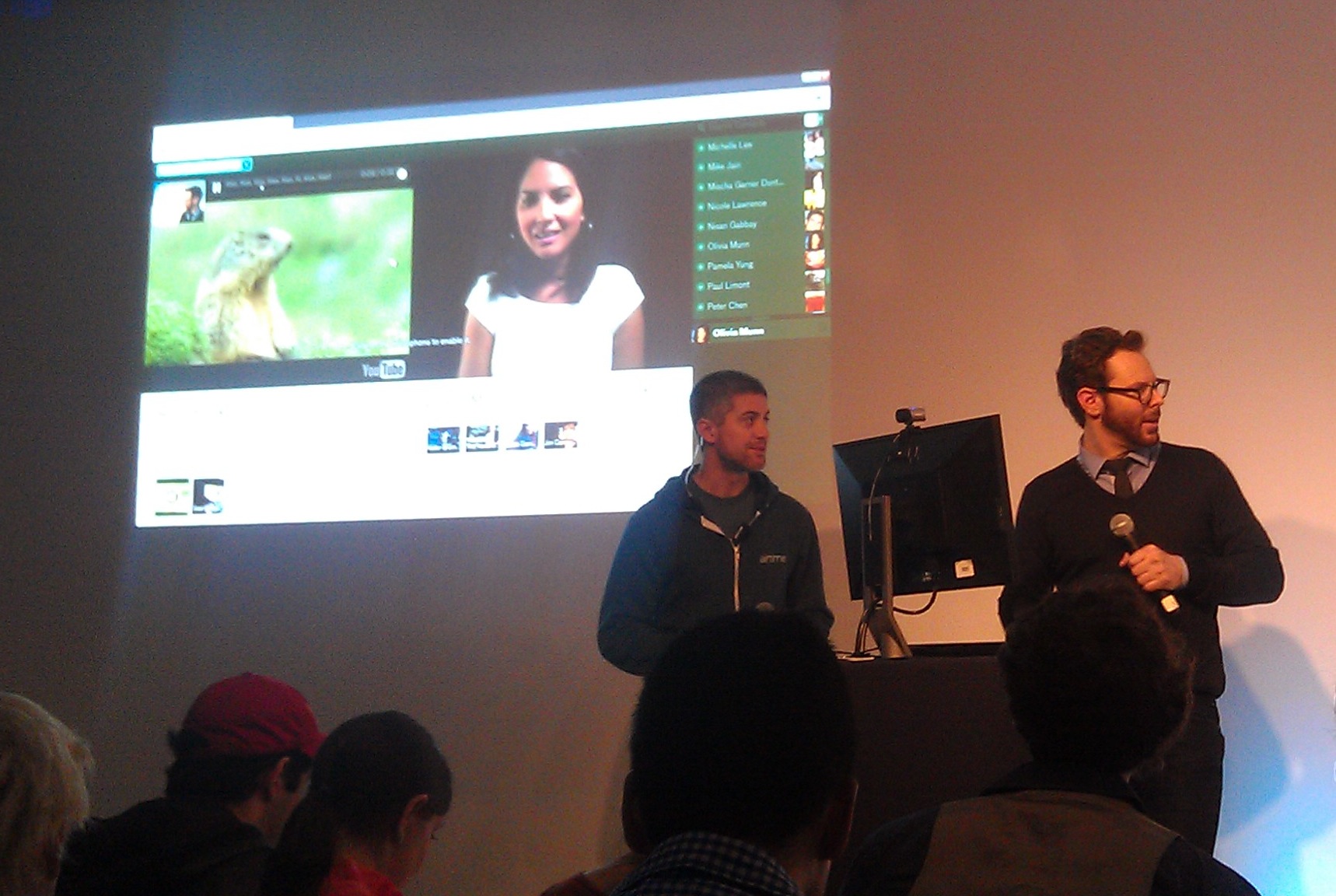