Three Things I Have Learned From Ev, Biz, and Goldman

Since January, Evan Williams, Biz Stone, and Jason Goldman have been helping us build Branch. I feel very lucky to call them mentors and friends, so I thought I would pay it forward by sharing some of the wisdom that they have shared with me.

Do you ever type into a text box and then press a button when you are done? You probably do, everywhere. Ev made this UX mainstream with his Save To Server button on Blogger (and he popularized the word blog). Next, Ev co-founded Twitter and led the company until it became a household name. Basically, he is a really smart guy who has revolutionized the way information is exchanged in our World, twice.

So you would be surprised how little Ev knows. Or to be fair, how frequently he says, “I don’t know.” Whenever I meet with him, I always come equipped with a laundry list of important questions. But he rarely has any answers for me. “Not sure,” “Maybe,” “I’m not convinced,” he says. That is his genius. Ev only has an opinion when he truly feels compelled. He is not afraid to say “I don’t know.” As a result, when he does champion a perspective it is powerful. You listen.

This has had a profound impact on me. I tend to have strong opinions more often than I should, and I am always in search of the “right” answer. In short, I am a control freak. But Ev has taught me to embrace uncertainity. To put something out in the world in order to learn the right answers, instead of trying to predict them.

Be wary of those who can always point you in the right direction. The smartest, most accomplished people I know rarely know anything at all. 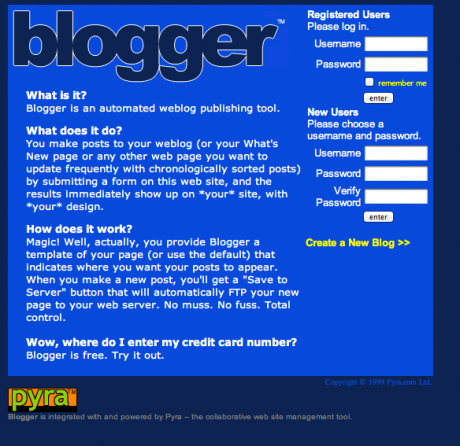 Biz is a master communicator. Give him a cause to champion, and he will win over any room, with ease and genuineness. He is also a joy to be around (I don’t think I have ever left a conversation with him without a smile and chuckle). So when it came time to write copy for our (soon to be launched) homepage, I jotted down our usual talking points and sent them off to Biz for feedback.

Our motivations for buildilng Branch tend to resonate with people and, after eight months of pitching the product, I thought I had our messaging down pat: The Internet is dominated by monologues. Comments are chaotic. Twitter conversations are constrained by characters. And so on and so forth. I was pretty confident in what I had written.

But included in Biz’s response was this:

Be vigilant about framing anything as negative. For example, instead of “140 characters were not enough…”, you’d say, “Jon wanted to go beyond 140 characters…” Likewise for “drowned out by the chaos” of comments, speaking ill of email, kicking blogs when they’re down. Just find a way to say these things more positively.

As budding entrepeneurs, we are taught to disrupt industries and highlight pain points. Every day, we see headlines about why newspapers are dying and some legacy system is aging. Something is killing something, all the time. When you think about it, this negativity really is silly, and I am very grateful that Biz taught me that lesson.

Goldman – an Astrophysics major and National Debate Champion at Princeton – convinced Ev to hire him as Blogger’s Office Manager, just as Google was acquiring the company. Goldman would eventually rise through the ranks to become Product Manager for Blogger at Google. A position he held until he left to join the founding team of Twitter, where he served as VP of Product for four years.

As someone who has implemented visions at Google and Twitter, Goldman doubts that visionaries even exist (a contrarian perspective during a time when figures like Jobs and Zuckerberg are revered in our industry). In his experience, the most transformative elements of Twitter and Blogger – the real-time nature of the former and permalinks at the latter – were a surprise. They weren’t part of the Grand Plan.

So while popular lore says that the charisma, will, and genius of great entrepreneurs has changed the world, Goldman has impressed humility upon me. The humility to accept that we do not have control over the systems we design:

Be willing to adapt and evolve the product based on the unexpected things that happen. You have to be open to these surprises. And not believe too completely that you have fully-anticipated the system, and have this complete vision, from day one, that is going to guide how the system is going to behave.

So don’t take yourself, or anyone else, too seriously. We are all winging it. 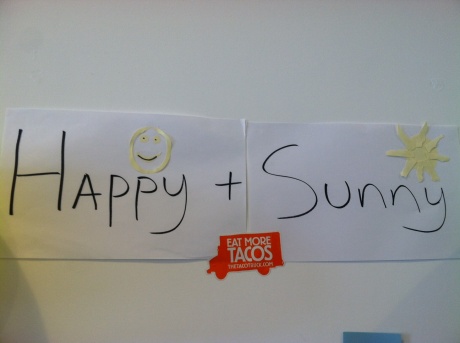