Local ad dollars are the last frontier of digital media. That's why Mom and Pop shops have no shortage of digital "solutions" courting their tiny marketing budgets.

There's Groupon, which wants to be the digital dashboard for local businesses. There's Yelp, which is doing something similar. There's Facebook, which provides a homepage and some highly targeted ad options. And there's Google, which ropes much of the category's ad spend, but doesn't help companies beyond that.

But even when a company spends a few thousand dollars a month on Google Adwords, buyers have no idea if that's really working. For businesses that don't want an intermediary like Groupon's daily deals between them and their customers, buying digital ads is messy, overly complicated, and opaque.

Hell, it's messy, overly complicated, and opaque even for industry professionals. Witness the infamous Luma Partners infographic. Now try navigating that landscape when you're the owner of a pizza shop and you just want to get you name in front of some new customers before going back to running your pizza shop. 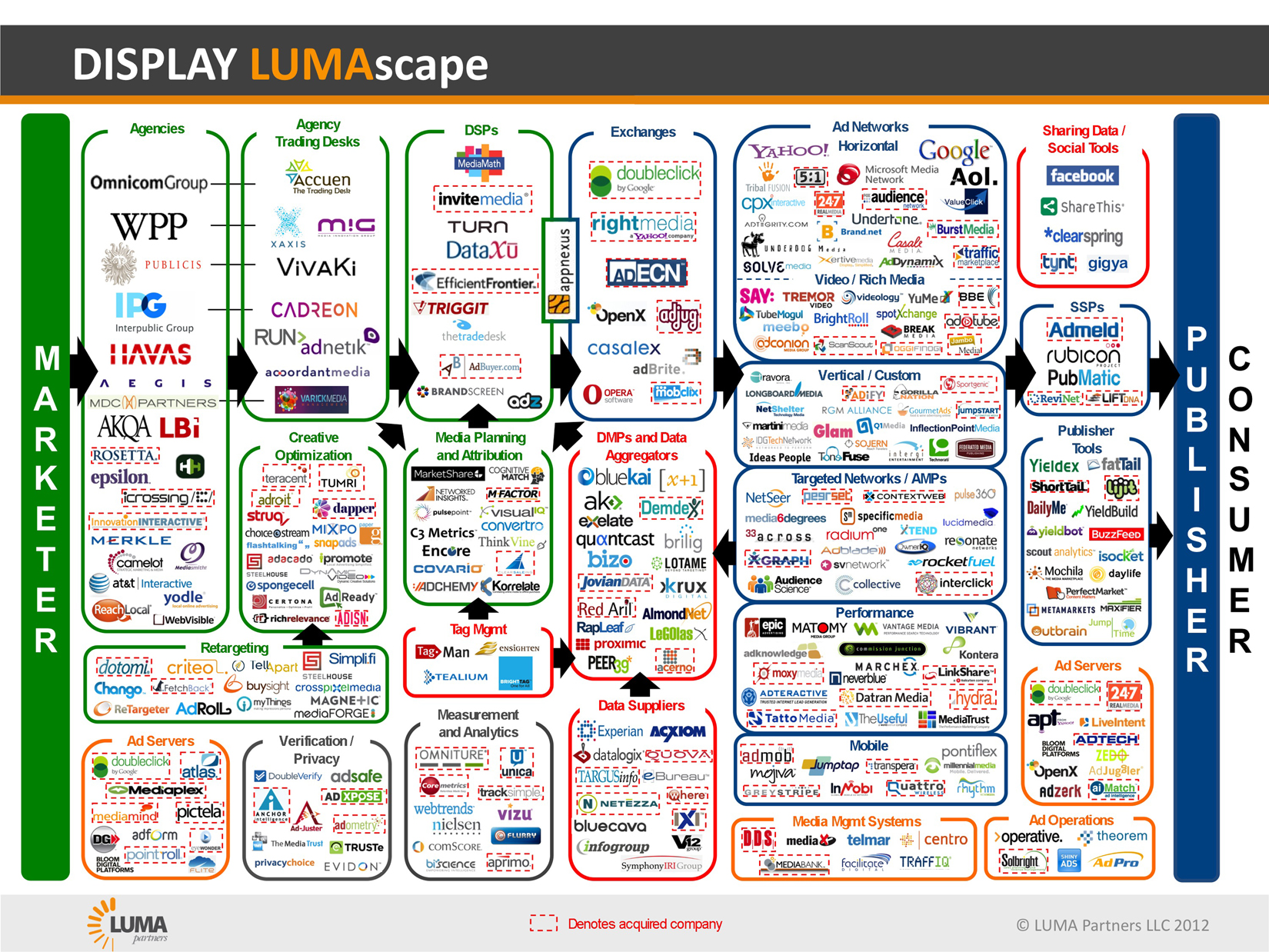 Pricing Engine aims to simplify the launch of its SMB-focused "solution." The company emerged from beta today with a report card that benchmarks the performance of a company's search and display ad buys against industry peers. (Special invite code for PandoDaily readers here.) The grade -- A through F -- then recommends plan of action. Increase spending on certain keywords. Pull back spending on a certain category altogether. Target a certain kind of audience more. Tangible, quantifiable suggestions that go beyond Google's suggested solution of "buy more, or bid higher."

That group includes "main street" businesses, which Pricing Engine intends to target, he says. That's why he named it after an engine, something easy to understand, rather than something math-y like most analytics companies. The questions in Pricing Engine's benchmarking tools are worded in plain English and not acronym-laden ad-speak.

Pricing Engine operates on a freemium model. Companies can sign up and analyze their ad buyers, but to view benchmarks against competitors, they pay an entry rate of $30 per month. While he originally intended to sell directly to SMBs with a self-service model, he realized that enterprise companies were happy to sell Pricing Engine alongside their SEO, local media, and site provider offerings. 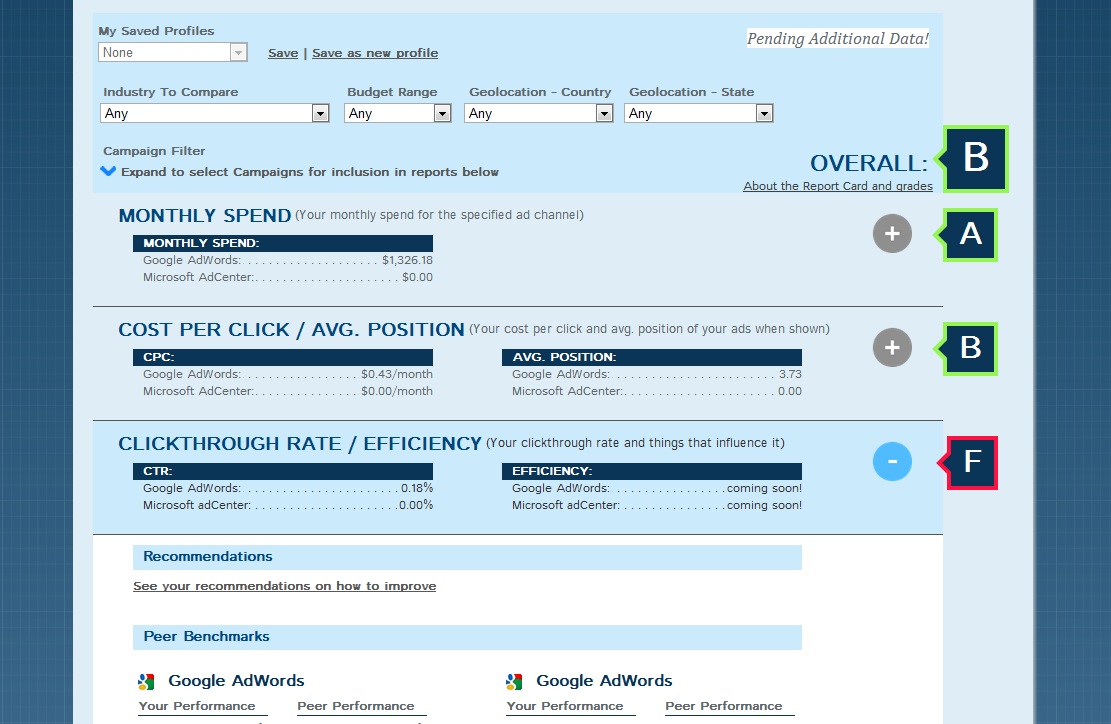 Kagan says display advertising is undergoing a renaissance. That marks exactly one person who has ever said that to me. Most would argue that video, mobile, and social marketing is the future of digital budgets. Display advertising, essentially banner ads, is hard to get excited about amid all these rallying cries to "kill the clickthrough rate" and with Facebook chasing "the Holy Grail of digital advertising," in big branding dollars.

But Kagan insists that, thanks to ad exchanges, display advertisers can now buy audiences instead of inventory. Once a commodity, display ads can now be separated and geotagged and measured in a way that wasn't always possible. That's how Pricing Engine is able to tell buyers what their money is getting them.

A graduate of the ER Accelerator's first class of companies last year, Pricing Engine did a small convertible note from Expansion VC earlier this year and will seek to raise a Series A in the Fall once it's had a few months to gain traction. 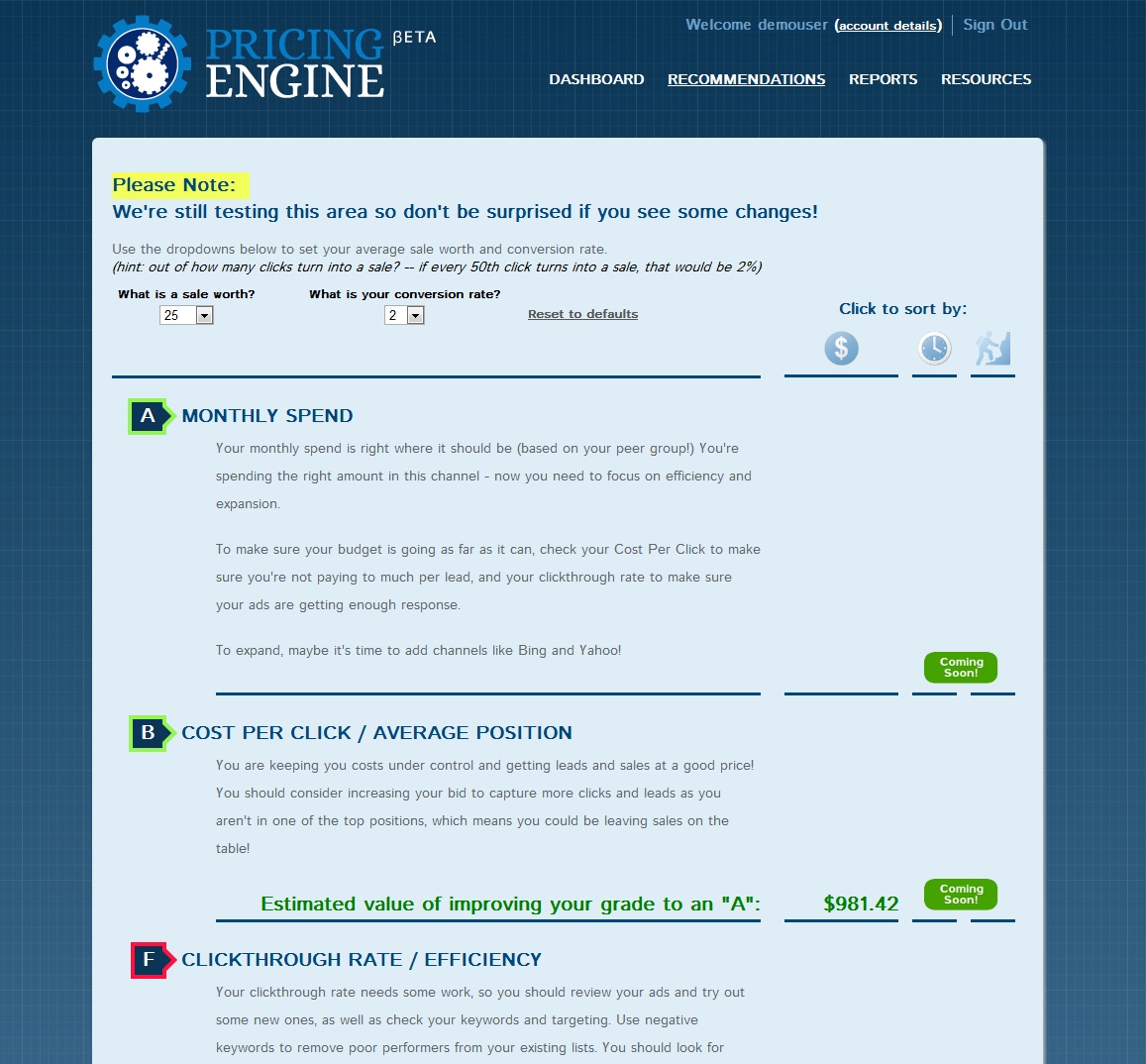