We're T minus three weeks until the country's most closely watched accelerator debuts its Summer 2012 class of companies. The classes at Y Combinator, compared with many other programs, are huge (this one is 82-strong) and the demo days are factory-like in their efficiency--witness Greg Kumparak's heroic liveblogging of the last one. The program isn't easy to get into, so all of Paul Graham's hand-picked companies are worth paying attention to... but just in case 82 feels a tiny bit overwhelming, we've highlighted eight of our favorites below.

Clever - A platform for all online learning software.

The company has been called "Twilio for education." If you're not familiar with Twilio, it's become a euphemism for "tools developers love." So Clever has built a set of tools to serve tech companies in the education sector. As classrooms become increasingly tech-enabled, the legacy data related to all of the new systems becomes a messy disaster. Clever works to standardize it. "The online learning market is exploding, and we're building the infrastructure," said co-founder Tyler Bosmeny.

When Clever entered Y Combinator, the startup had four schools signed up to use it's tools. Now it's got more than 100. The schools don't pay--the many, many, tech companies vying for their business do. Enough of those have signed on that the five-person company is already profitable. Clever has gained so much momentum that many of the Y Combinator partners have already personally invested in the company's seed round.

Javascript and Clojure developers are into Light Table. Pretty soon, Python developers will be too. The two-person team raised $316,720 for its new integrated develpment environment (IDE) on a Kickstarter campaign before joining Y Combinator. Light Table's tools aim to make code-writing simpler, searchable, and better for those working in Javascript* and Clojure but will work on Python next. It's very early days: The company joined YC with nothing but a demo video it had thrown together in six days. An official beta will be available in six months and the company's "very lofty ambition" is to have version one out by May, co-founder Rob Attorri says.

"The folks who understand what we're making are excited about it on general principle because they see the power it has," Attorri says. "One reason Heroku (sold to Salesforce.com for $212 million in 2010) did well is because it appealed to a discrete community of Ruby developers and took off from there."

Light Table will have applications beyond software, as well. Because of its ability to embed any sort of project, from models to running games to benchmarks, Light Table is useful for any scenario where users want to model, predict or understand the flow or change of data. Attorri himself has a medical background; he is excited to see the software used to help companies better understand their data in those fields. (*Note: I incorrectly mentioned that Light Table would support Java--it will only support Javascript, along with Clojure, initially. I also noted that 3-D modeling would be one of Light Table's functions; this may be possible in the future but is not the company's immediate focus.)

Cullen Wilson, who previously founded WP Engine and helped build the Daily Dot, was surprised when he learned that the sponsorship industry was basically held together with rubber bands and silly putty. "It was one industry I'd seen in awhile that didn't have an online component driving it and making it larger," he says. Being Austin-based, he and his partner built a matchmaking platform for sponsors and event hosts to try out at this year's SXSW. They did $150,000 worth of sponsorships with $1.2 million in the pipeline, and realized they couldn't scale that with two guys. So they hired a team with relationships at the big brands joined Y Combinator.

Since joining the program, Sponsorfied has executed 75 events with several hundred thousand dollars worth of sponsorfication (that's an official term) from 23 brands, including Red Bull. Today, for example, popchips and TaskRabbit are using Sponsorfied to introduce a new snack to the market.

Amicus - Social cause and fundraising platform.

With the belief that profits and social good go hand in hand, Amicus's social good platform helps nonprofits and universities turn its social media fans into advocates and fundraisers. The company relies on social media information to create a "virtual volunteer army in the cloud" for non-profits to raise money through the more traditional outlets of phone calls, email and mail.

While in Y Combinator, the company has hit what founder Seth Banon calls "ramen profitability," on-boarding dozens of large organizations and reaching tens of thousands of advocates and volunteers in the process. Prior to joining YC, the company raised $580,000 from RRE, NYCSeed, Esther Dyson, David Rose of NY Angels, Quotidian Ventures and Tabreez Verjee. The five-person company is staffing up, offering a donated dairy cow among other rewards as bounty for new hire referrals. 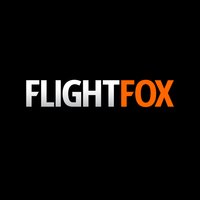 There are hundreds, probably thousands of completely insane airline miles obsessives who spend their days trolling sites like FlyerTalk. Flightfox capitalizes on their expertise (and competitiveness) by turning them into an army of travel agents.

Booking a flight can be painful and time consuming. YC alum Hipmunk (which I am personally obsessed with) helps lessen that pain, but its algorithm-driven search still comes up short, especially for complicated or overseas trips. Flightfox recognizes that, even with the magic of the Internet, some people still just want a travel agent; someone to tell them they're getting the best flight at the best deal.

Since joining Y Combinator, the company has paid out $110,000 in finders fees to its 850 virtual agents, 50-100 of which are daily active users of the site. Flightfox takes 25 percent of that fee, which is offered up by bookers, and offers its agents rewards and bonuses to keep them motivated. Further, Flightfox's flat rate does not incentivize agents to recommend the more expensive option.

Now that it's penetrated the underworld of frequent flyer obsessives, FlightFox will begin targeting out-of-work travel agents. "With 50 percent of people spending more than two hours trying to find a flight and 25 percent spending more than five hours, it's clear that people want someone who knows more than them to tell them how to do this," co-founder Lauren McLeod says. "There is a re-emergence of travel agent market."

Referly launched its rewards affiliate link site prior to entering Y Combinator with the goal of empowering web surfers with their own affiliate links (read an in-depth rundown of the business here). That's the B2C side. Midway through the program, the team opened up its API to allow e-commerce companies to develop their own tools to help drive sales with social media. That bet won't show results immediately, co-founder Danielle Morril says. She recalls that Twilio, where she was the first employee, took a year before meaningful customers began building on its platform.

Today Referly launched social functionality. The company had waited to add functions like friending, following and liking until it had a critical mass of users so they'd have a few connections on the site. Now Referly can become a community for users to discuss products and refer purchases to each other (earning an affiliate fee in the form of rewards, cash or donations to charity in the process). Referly has 30,000 brands in its network and raised a seed round of funding from 500 Startups and Jeff Lawson, CEO of Twilio.

Despite all the data and important information we keep stored in apps, they can't talk to each other. That's the problem Filepicker.io solves with its mobile library tools, now used by the likes of Reputation.com and others. The drop-in SDK helps apps easily connect to Gmail, Dropbox, Evernote, etc. The startup-serving-startups software developer category is popular these days--"It's like the 1800's gold rush where the barbers and shavers catering to the miners themselves made the most money," co-founder Brett van Zuiden joked.

Since joining Y Combinator, 10-15 of the startups in the program have become users of Filepicker.io. The company has launched between 60 and 70 integrations, 25 of which pay through the company's freemium model, and its software pushes around 60 gigabytes of data per week.

It's kindof a no-brainer as to why this idea would see demand. More than 1.5 million YouTube videos are uploaded each day, but less than five percent of them top 1,000 views. Promotions around video content start in the six-figure range and require PR-like actions, co-founder Alex Debelov says. Virool's entire premise is to help content creators distribute their longer form video content (anything but pre-roll ads) into games and other networks.