Sulia has also raised a $1.5 million Series A round of funding from FirstMark Capital, with RSL Venture Partners, IA Ventures, and Village Ventures to continue building out the site.

Now before I proceed, let's get this out of the way: Yes, it is yet another news aggregation site. I know. Okay. Moving on. Sulia aims to differentiate based on interests, and it appears to have done it well enough to attract a sizable following. (And hey -- 10 million users is the new one million users.)

The site aggregates social feeds based on subject matters near and dear to our heart — journalism, social media, motocross, food, "liberal" (whatever that means). Where Twitter, Facebook, and Tumblr all work well to serve our daily content needs, they deliver content in a noisy, unintelligible mishmash. The idea that we want serious news mixed with a daily dose of cute animal pics is the entire premise of Buzzfeed, by the way. It is not the premise of Sulia. On social networks, "You get feeds that cover 500 different subjects," Glick says. "It's awesome, but it also makes it difficult to dive into any one subject."

What happens is we end up listlessly scanning our feeds for keywords. "It's like seeing billboards go by on the side of the highway," he says.

Sulia users sign up and choose the subjects, or "channels," they're interested in. Those channels are populated by experts and enthusiasts in the field, tapped by Sulia. Experts are identified not my algorithms or magical Klout scores, but by the one judge of influence on Twitter created by humans: Twitter lists.

The human sharing element is how the company avoided the Twitter "quandrant of death" situation faced by the likes of Flipboard and Tweetdeck. Sulia existed in a previous form as TLists, a Twitter aggregation tool for Twitter Web clients. The company saw the writing on the wall for Twitter's developer community far enough back that it did an about-face and relaunched itself as Sulia in 2010. The company had raised $3.5 million, in addition to the initial $1 million it had gathered as TLists, at that time.

No Tweets are pulled from Twitter. The site's 1,000 expert contributors drive traffic to the site by sharing their Sulia posts to their followers on other social networks. In some cases, contributors with large followings get paid for their influence.

The "interest graph" was supposed to be a big theme of 2012. Outside of Sulia, and The Experience Project, which is an early Web 2.0 invention, I haven't noticed it featured as prevalently across startups as everyone expected it would.

From an advertising perspective, it's the perfect middle ground between spammy banner ads and the sweet nectar of intent offered by search ads. Social networks are feeling the squeeze, because no matter how well-targeted the ads on Facebook and Twitter are, they're fighting for users' attention.

That's the lowest threshold of advertising; the next level up from that is interest-based advertising. It's the thing that powers magazines and cable TV. Sulia fits there, Glick says. "The reason cable works so well is because it's connecting interests between advertisers and viewers," Glick says. Twitter has tried to tap the value of vertical categories with initiatives like its Olympics sub-site.

Sulia will soon offer exclusive sponsorships to its channels. For example, a baby food brand might sponsor the entire pregnancy channel. He's just started shopping the packages to advertisers. Early indications of interest have been strong -- advertisers like simple, channel-specific ways to make large buys, something ad networks promise but is difficult to execute. He would know from his category-specific experience at iVillage. With ten million visitors, sectioned off into verticals by interest, he's got a good chance of building a large, ad-supported business. 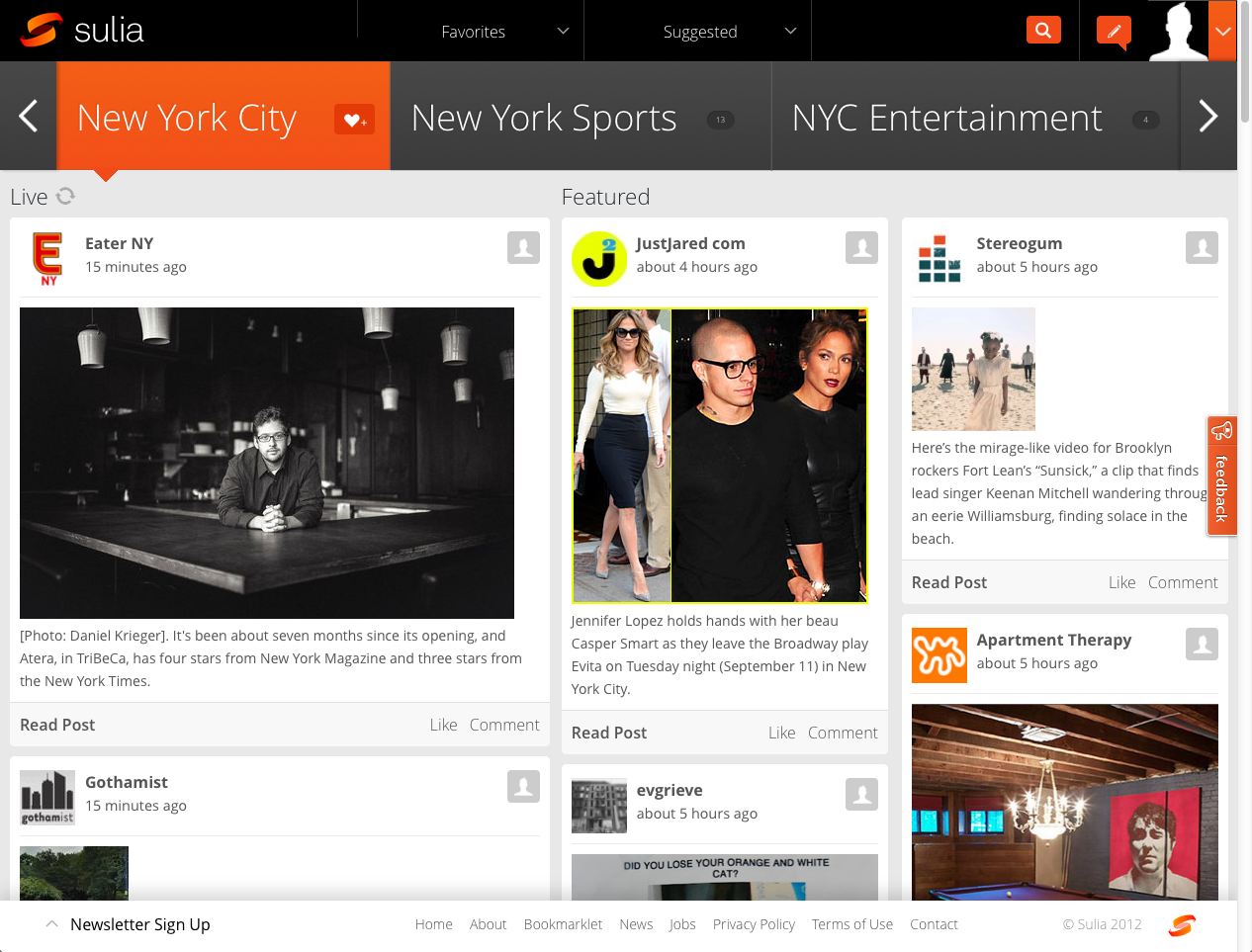 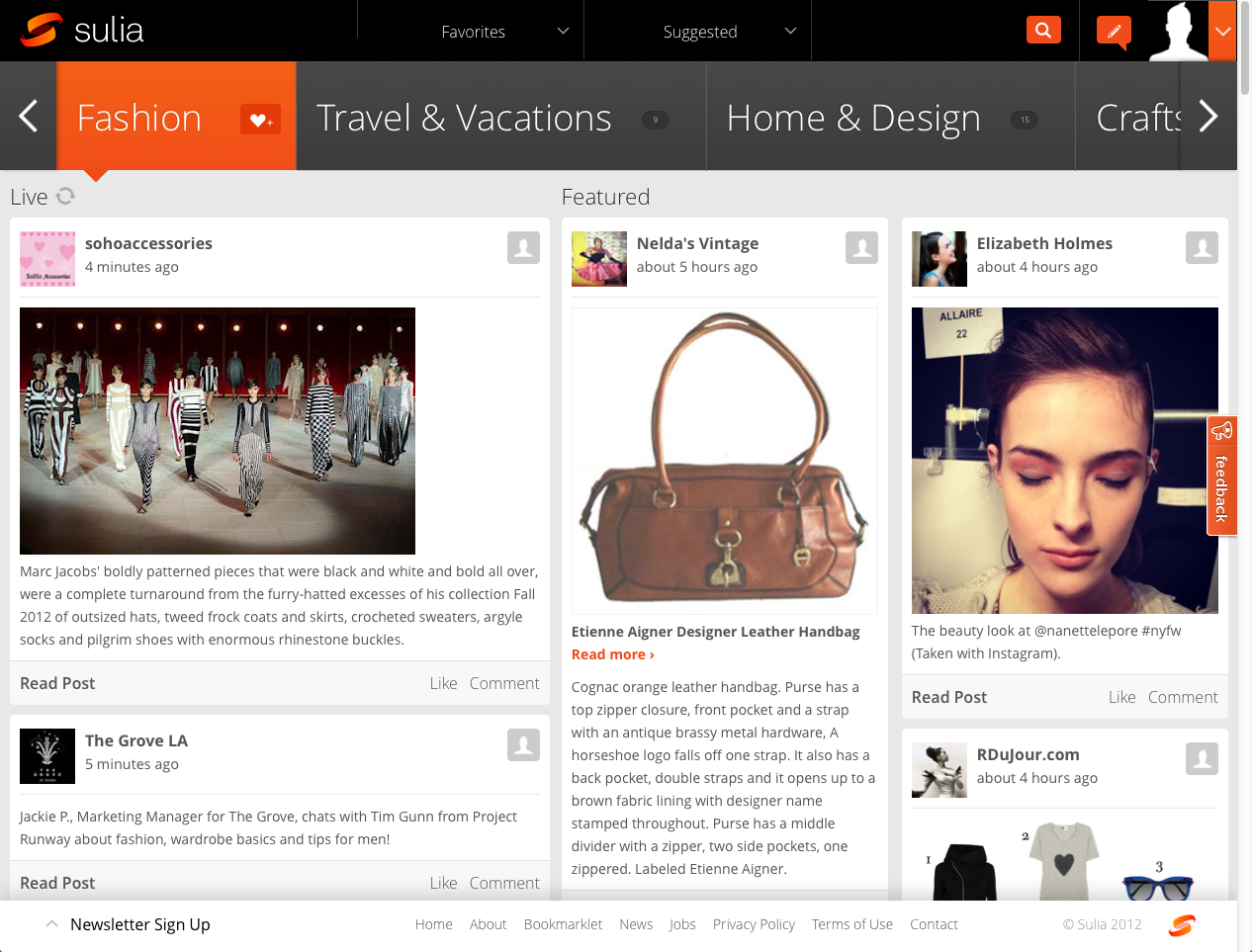 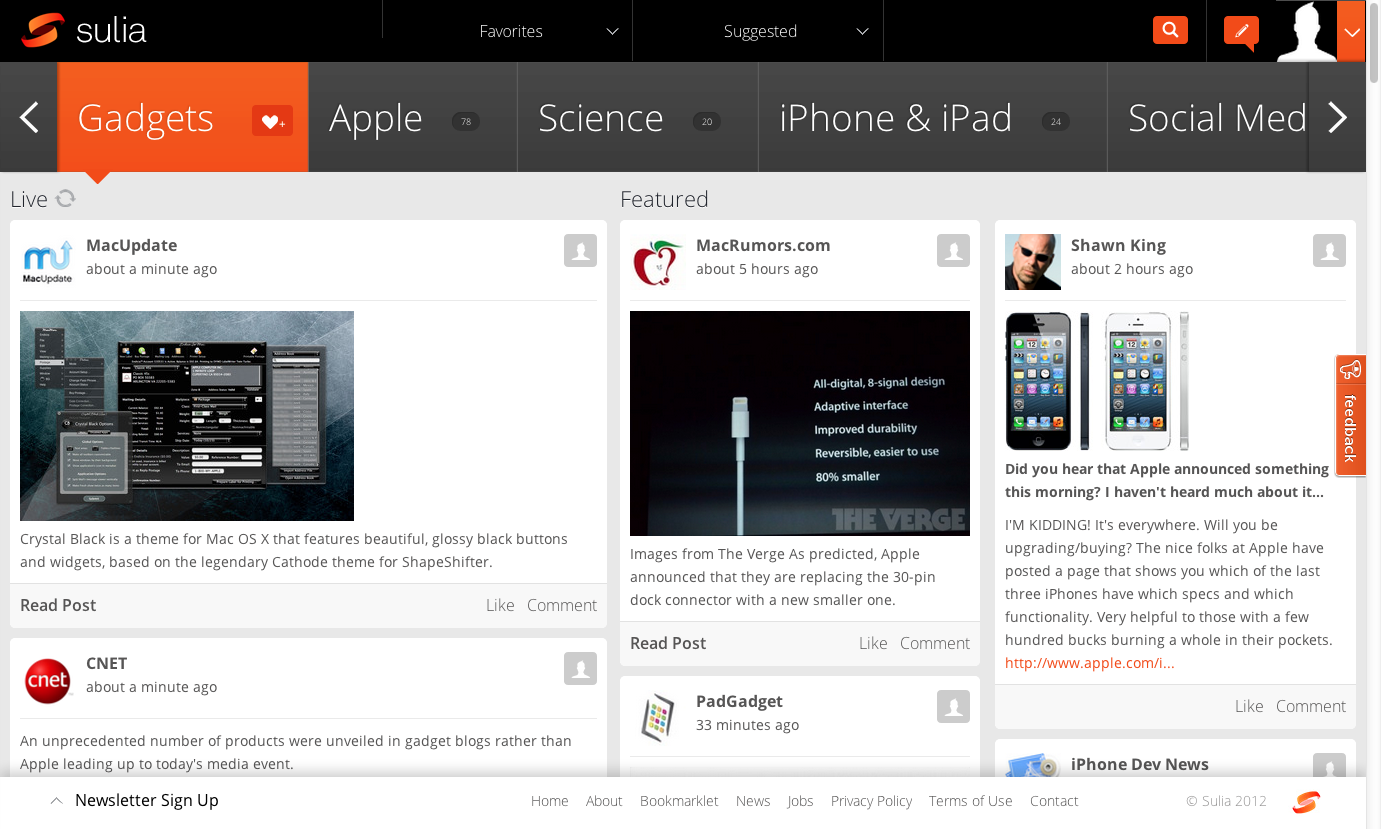