When Lore changed its name from CourseKit earlier this year, the underlying idea was to expand its tools beyond classes that lasted one semester. Learning is for LIFE, guys.

Today the New York startup took another step toward that goal. The company launched Lore Groups, which allows any sort of on-campus community to build out an online place to collaborate. It's basically replacing Facebook's all-encompassing groups and pages with a tool that's much more suited to their needs.

Lore Groups includes the same sharing, calendar, profiles, Q&As, and unlimited file storage that the site's courses have. But in this case, anyone can create and edit a group, a permission previously limited to professors. So there are no assignments. The library feature is particularly nice, because a group can build up a canon of books, articles, and files to reference.

Groups can include anyone from a faculty department to an entire grade of students with the same major to study group within a class. "It's a level of communication and collaboration that they haven't had," Cohen says. "We've seen it adds a whole new layer to the experience."

The tools are available for non-college groups, too, but Lore's focus remains on colleges. The company has more than 600 colleges signed up, and is focusing on deeper penetration at each one, CEO Joe Cohen says. There are only 4,000 campuses in the US, and half of those are extremely small. Lore wants to be the core network for every group at all of the country's largest colleges.

Lore was started by college students at the University of Pennsylvania, which I've been calling the new Stanford of the East (jokingly, but only sorta). As of today, dorm room founders in Cohen's shoes have a shot at a $15,000 infusion of capital from First Round Capital. The firm launched a new $500,000 called the Dorm Room Fund; portfolio companies will be chosen by fellow UPenn and Drexel students. 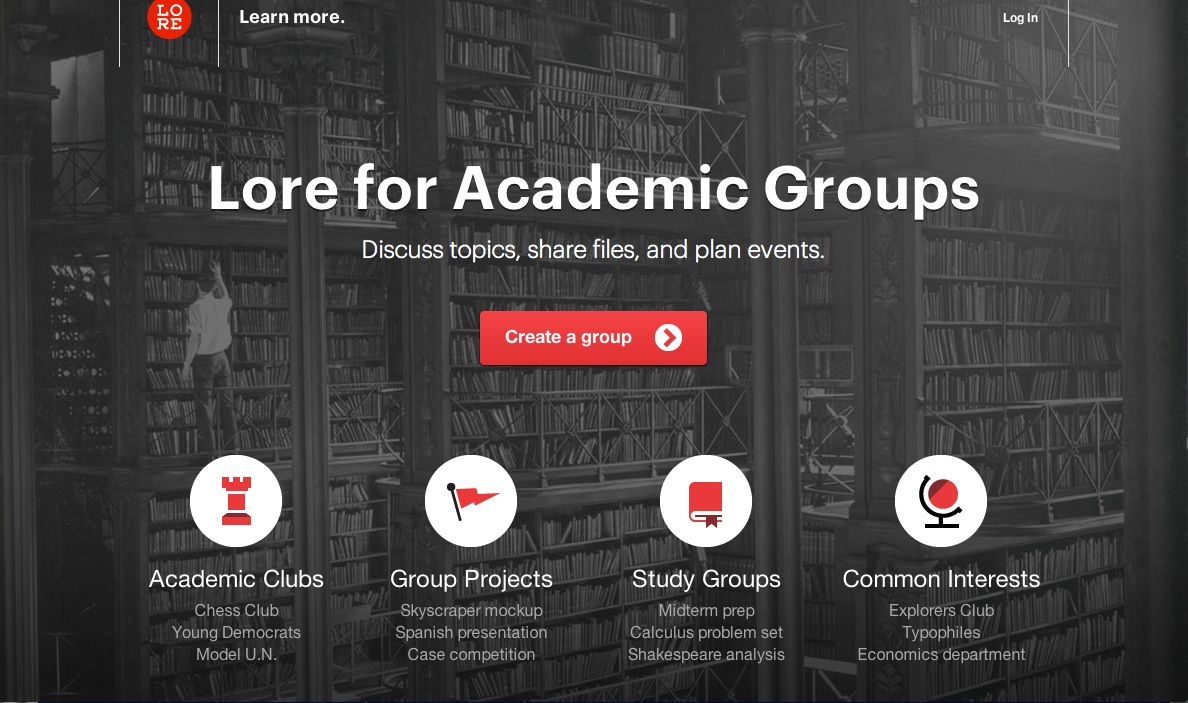