Local Corp., a Web 1.0 Company, Thrusts Itself into Mobile Era with New iOS and Android Apps

It's one thing for Web 2.0 companies to adjust to the new mobile paradigm. Some of the most promising companies from this era -- Facebook, Zynga -- have struggled to adapt their Web products for smartphone use.

But what about the first generation Internet companies that survived the dotcom crash? They've spent most of the last decade refashioning themselves for Web 2.0, but by the time they got that right, the world had moved on to mobile. Now they're catching up there, too.

Local Corp, a publicly traded online phone book of sorts, would not describe the launch of its new set of mobile apps as a game of catch-up. The company's President says they were simply waiting to "do it right." Today the company unveiled the fruits of those perfectionist labors in the form of an Android and iOS app to match its site.

Around 20 percent of the company's 30 million monthly pageviews comes from mobile devices. The company hopes to lure those users onto its app for a better experience in searching for local businesses. With 12 million small and medium-sized businesses on its platform, it is a useful search engine for your typical yellowbook-style needs. Animal vets, car maintainence, movie theatres, etc.

The app's differentiator is how intuitive it is--it looks at the time of day, weather and location to produce search results, President Mike Sawtell says. Further, the design is clean and elegant, he says. It's not perfect: There are banner ads, and some items send you to a superpages mobile website instead of keeping you in the app.

There are better options for local search when it comes to the leisure categories, which are dominated by review-driven Yelp, social and tip-driven Foursquare competing with smaller offerings from many, many others. But Yelp hasn't mastered, say, lawn care and other services, where Local Corp hopes to dominate. That's not to say the lawn care dollar is totally up for grabs. Anyone from Groupon to Patch is targeting the small-to-nonexistent digital ad spend budgets of small and medium-sized businesses. Ohio-based Manta is taking a similar directory-style approach to getting local businesses online and hoping to, in turn, win a portion of their ad dollars.

Manta already has 30,000 local bsuinesses paying to use various premium services, which start at $9.99 per month. Local Corp's revenue model is similar but it has 850 customers paying anywhere from $99 to $249 per month. Their premium offerings include SEO, mobile website, and engagement and analytics tools. Eventually, with the launch of the app, businesses will be able to purchase mobile banner ads within the app, an offering that is unique to Local Corp, Sawtell says.

Local Corp, recently renamed from Local.com, has not had a strong go of it as a public company. Shares have traded below $3 per share all year, far below the company's IPO price of around $8 per share in 2005. The company's market cap of just under $42 million  is triple the $12.5 million price tag for its last acquisition, a daily deals site called Screamin' Media Group. Eventually, Local Corp's app will incorporate offerings from this division.

The company plans more acquisitions, thanks to a $12 million credit facility, and predicts a profitable end to 2012, Sawtell says. 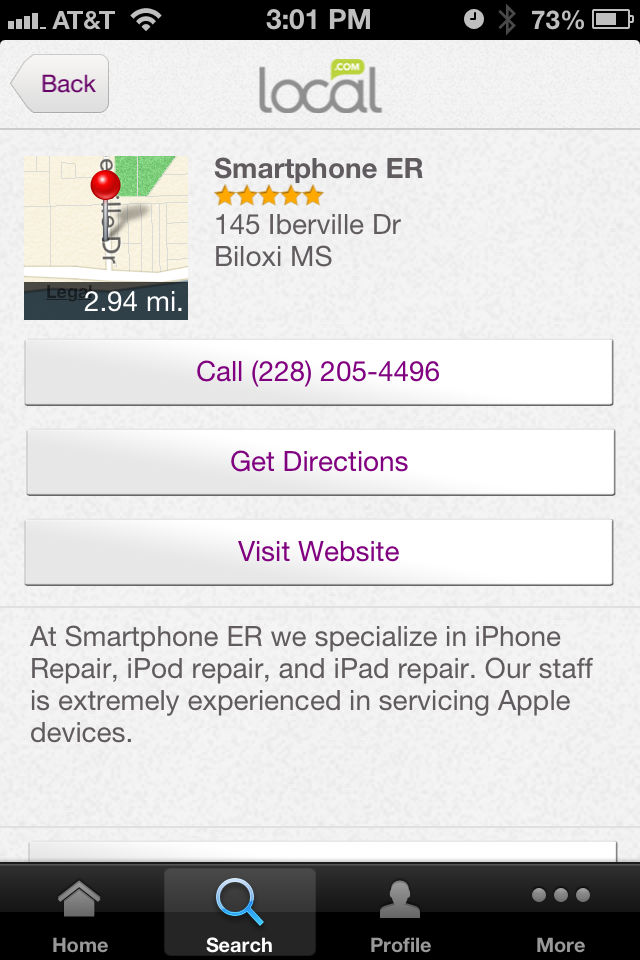 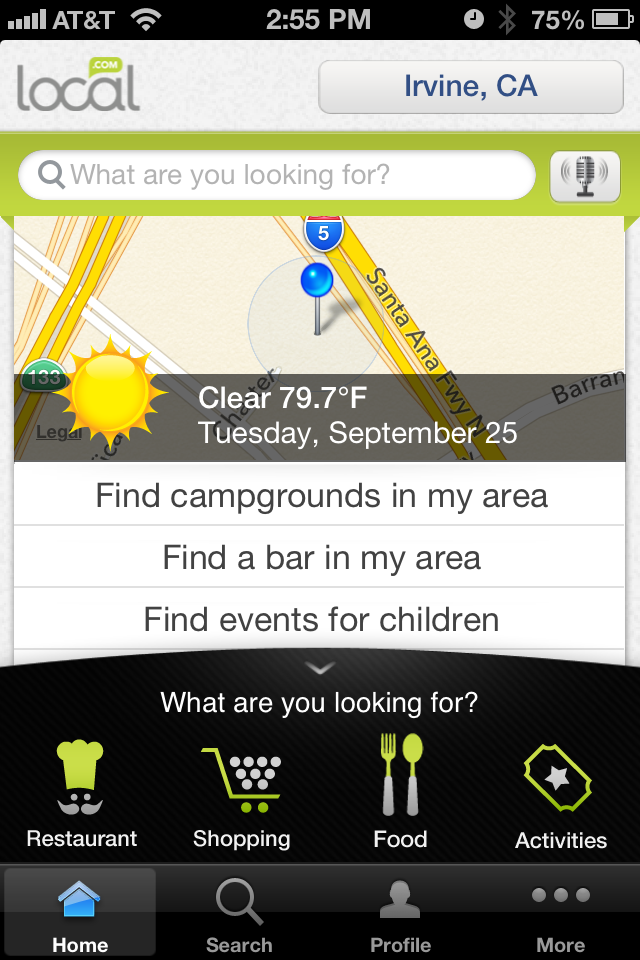 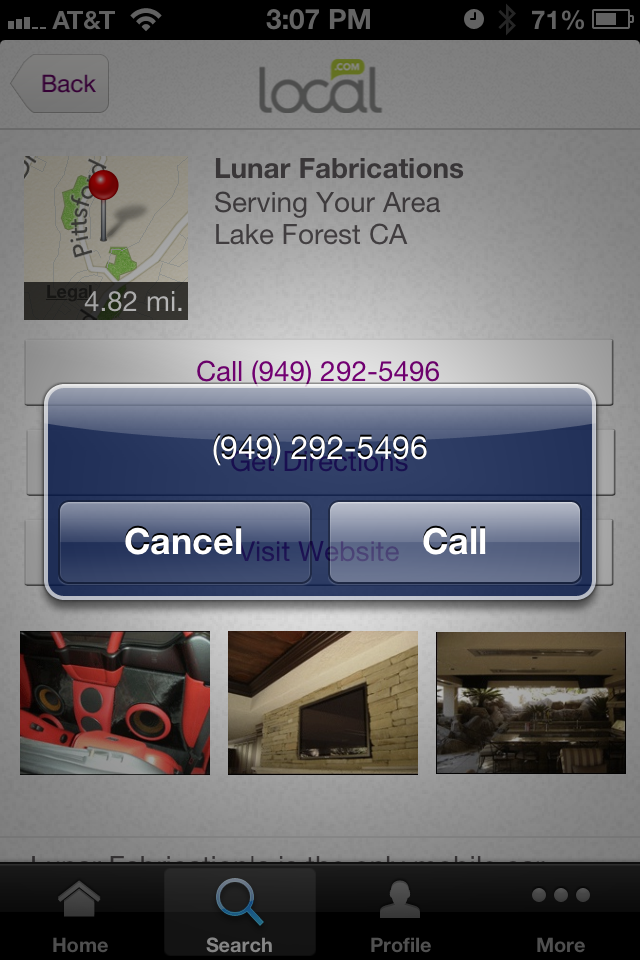 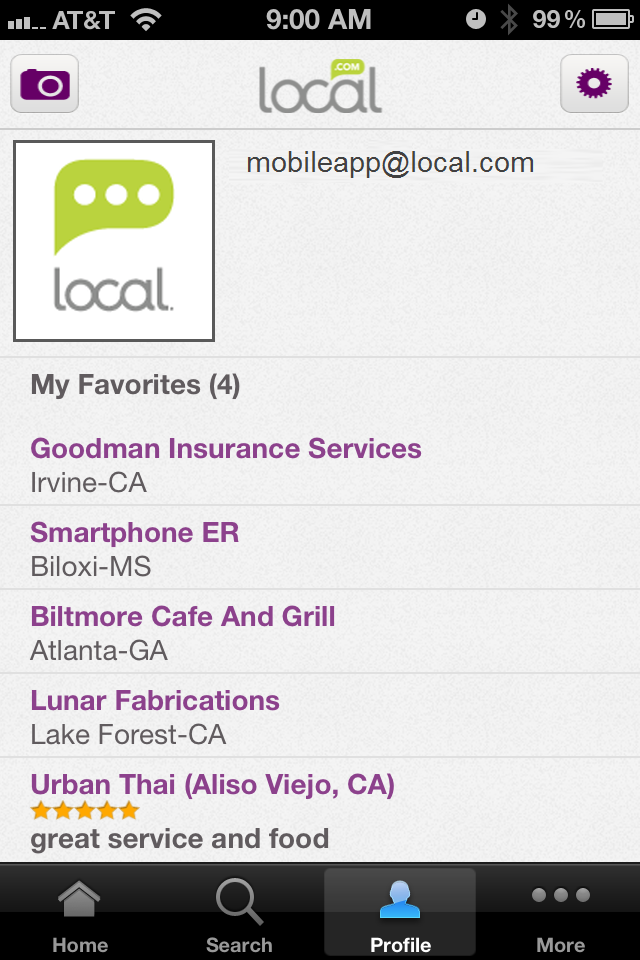