With a New Developer and Publisher Platform, Lemon Is the Most Open Digital Wallet Around

The battle for digital wallet supremacy is growing more hotly contested daily, with the titans of the payments, telecom, and mobile platform industries each offering a proprietary solution. For startup Lemon, an independent up-and-comer, the task of differentiating itself comes down to openness and interoperability. With that in mind, today the company announced the launch of its Lemonade application development environment in an aim to be the first truly open platform in the sector.

“The entire mobile wallet space is disjointed and made up of multiple walled gardens that take away from the ease of use and simplicity that consumers are asking for,” says Lemon founder and CEO Wences Casares. “Our goal is to eliminate those barriers and give consumers the simplicity they would expect to use their mobile wallet exactly as they do their physical wallet

Since its launch, Lemon has allowed consumers to store easily accessible digital copies of all their cards on their smartphones. With its API and developer tools, Lemon now offers merchants, brands, and other entrepreneurs ways to reach consumers within an in-app marketplace. The company is hoping developers will create add-ons leveraging payment card transaction data, loyalty card integration, coupon tracking, price comparison tools, and anything else their minds can dream up. 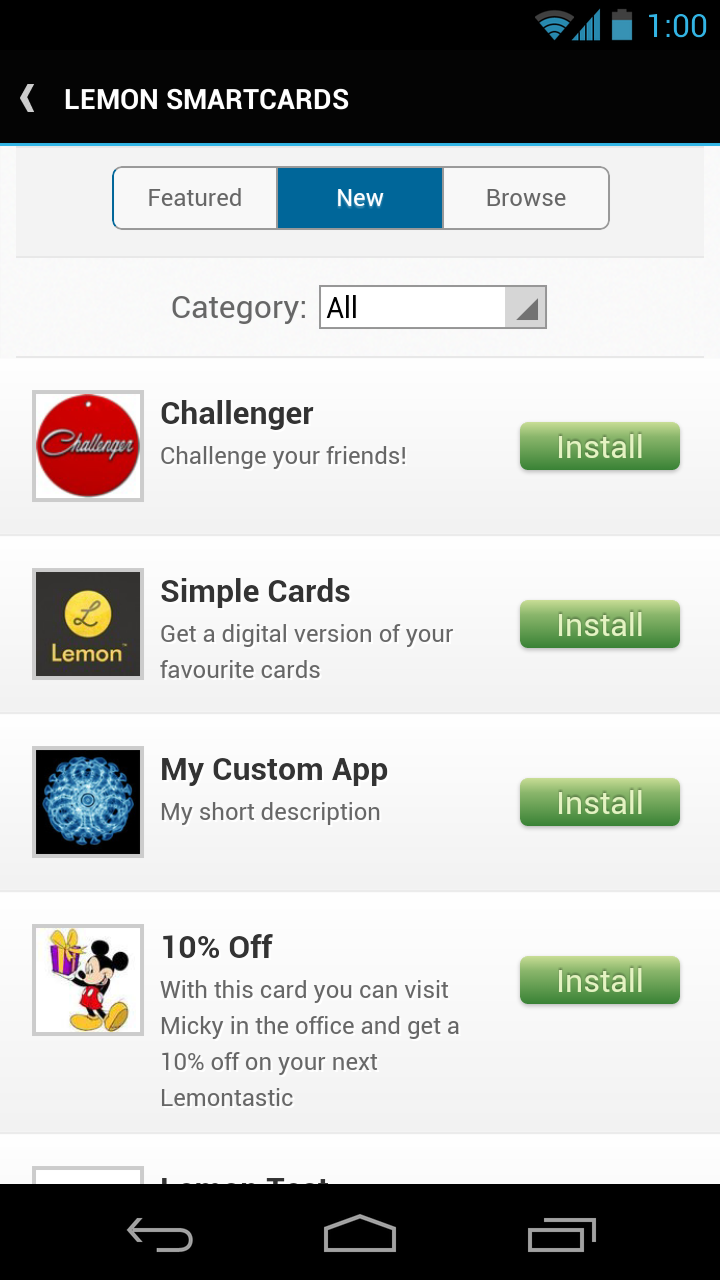 “With our API and SmartCard Wizard, we’ve also dramatically shortened time-to-market and reduced the cost of branded mobile apps and promotional programs,” says the company’s CEO.

Consumers, in turn, will be able to receive offers, such as discounts, rewards, and new products, directly within the marketplace section of the Lemon app and based on their stored data. Although it would be easy to make the offers intrusive, Lemon will allow users to discover them voluntarily by visiting the marketplace.

Because Lemon is cross-platform and cross-branded, consumers can store and access anything that would typically be in their physical walled including payment and loyalty cards, identification, insurance, coupons, and receipts. The “smarter wallet” app is available on Android, iOS, and Windows Phone, and the company is currently working on an integration to allow Lemon users to send components of their digital wallet to Apple’s new Passbook.

Lemon raised $8 million in a Series A round led by Maveron and Starbucks founder Howard Schultz’s fund, along with participation by Draper Fisher Jurvetson and The Social+Capital Partnership, Shutterfly, Drugstore.com, and Zulily.

As part of its platform launch, Lemon is sponsoring a developer challenge that will award over $20,000 in cash, prizes, and exposure for the best add-ons created. The challenge begins today and runs through November 5. Grand prize winners, one chosen by voters and one chosen by judges, will receive $3,000 in cash and a trip to meet with the Lemon team in Palo Alto, California or Buenos Aires, Argentina.

“We aim to deliver something more useful and secure than even your physical wallet,” says Casares.