Dave McClure's 500 Startups continues its expansion across the country and world today with two new partner hires: Shai Goldman in New York and Pankaj Jain in New Delhi. The firm is quickly closing in a portfolio large enough to meets its namesake. From what I understand, 500 Startups will close its doors once it has hit its goal of investing in 500 startups.

Jokes. The consumer internet-focused venture firm / incubator is just ramping up. The company launched fundraising on its second fund earlier this year with a target of $50 million.

Goldman, formerly of Silicon Valley Bank, will be using his powers of limited partner persuasion to help raise the remainder of the fund. He'll also be investing in and advising early stage New York companies. Goldman worked in startup outreach at SVB, managing the company's relationships with accelerators, co-working facilities, angels and seed funds. 500 Startups has done somewhere between 50 and 75 deals in New York, including universal favorite, Makerbot.

The firm has been active in New York for the last two years, McClure says. "We dont consider New York country but it is another culture from the West coast," he says, adding that New York is the second-most important region of the country in tech.

The company is also ramping up its operations in India, hiring Jain from Indian accelerator TLabs to make investments in Indian companies and "build a community" for 500 Startups in the area. The firm has done more than ten deals in India, mostly in collaboration with GSF accelerator.

500 Startups now has an investment team of nine, with heads in Brazil and Mexico. The firm continues to look internationally, hosting events in Germany, Russia, Turkey and Israel. 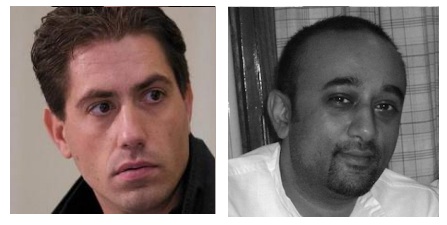