From one to many: "Foursquare for the future" startup Wendr now a branded content agency

When Wendr launched in July as "Foursquare for the future," its app was the classic minimally viable product. The company amassed 10,000 users, which is enough to show that the concept is good, but not enough to appeal to brand advertisers, which is Wendr's ultimate goal.

"There was a bit of empty room syndrome," founder Sam Zises says of the first version. Wendr shows users what their friends' plans are for that evening, making it more useful for hangouts than, say, Foursquare, which only tells you what your your friends are doing at that moment.

The company recently launched version 2.0, which is worth a second look. But perhaps more importantly, the company is transitioning beyond its standalone app into a branded content agency.

Called [L]earned Media, the agency will develop products and provide services for both agencies and brands. The company already built a new website for David Blaine in anticipation of his upcoming "Electrified" stunt.

A social media app and a branded content agency are two very different businesses. Sometimes cushy brand jobs are just too good to turn down. Zises comes from that world: He worked at OgilvyEntertainment as Group Marketing & Business Development Manager and did brand development for Big Fuel. His partner Nick Kaye has been an art and creative director at Big Fuel, Dentsu’s 360i, Cheil USA, and Leo Burnett.

He says his investors, which include Jeff Radov, former CFO of About.com and David Moche, Principal of Geek Media, were initially skeptical about the switch-up but have slowly gotten on board with the idea. "While many believe the upside for a tech startup has greater potential IF you hit it big, the chances of 'hitting it big' have, in this space in particular become significantly less likely," Zises wrote in an email.

When he thought of the idea years ago, there were no competitors.  When Wendr launched on February, there were about five and today there are several dozen. Now the Foursquare of the now has 25MM users and is hustling to back itself into a good business model. So the lesson is, in a post-Facebook, post-Instagram world, it's difficult to convince VCs your app will return money.

"We decided to let our competitors play the lottery and we'd take the scenic route to profitability," Zises wrote.

But back to Wendr. That's not going anywhere, but it's safe to say the founders' attentions will be somewhat divided. Still, version 2.0 just launched and it's worth a second look. The app now cleverly solves the "empty room syndrome" by pulling future plans from all your friends' Facebook and Twitter feeds, even if they themselves aren't using Wendr. If they've posted anything regarding their plans for that evening, it shows up in your Wendr app. You can then coordinate with them from there. Using Wendr doesn't require friends to use Wendr.

Wendr is mostly focused on college students. Which, I'm not sure if you've heard, but those kids, with their texting and file sharing and Twitters, are killing the college bar, says the New York Times. Now we can blame Wendr too.

Unlike other plan-making apps such as ChillWith.me, Wendr's revenue play won't be for the local dollar. That strategy seems obvious: Of course local vendors would be willing to pay for information about future plans (intent!) and potentially win over customers through an app. But instead of fighting for pennies from local vendors, Wendr will be elephant hunting for big brand dollars.

The business will seek out businesses like movie studios or booze companies who want an audience of people looking for something to do that evening. Wendr already attracted the attention of Samsung and Thrillist when it won the companies' joint "Speed Dating for Startups" competition. The contest gives the app exposure to Thrillist's five million email subscribers. Likewise, Wendr wooed A-B Inbev at Ad Age's Brand Hack contest, winning a $25,000 brand partnership with Budweiser.

The company also signed a brand deal with Research in Motion to develop a co-branded BlackBerry application as part of a marketing campaign in Latin America called BlackBerry Insider.

Zises may have founded a startup, but it's one that acts a whole lot like an agency. If this wave of startups realizing they need brands, and brands wanting a piece of "innovation," Zises, Wendr and [L]earned Media will be among the early players that can successfully connect the two. 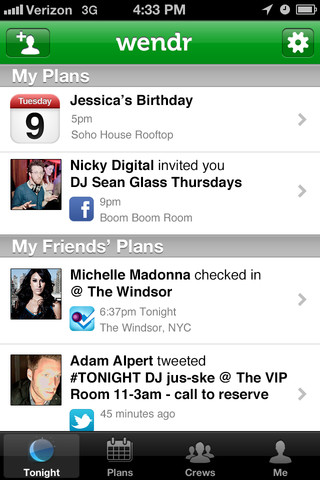 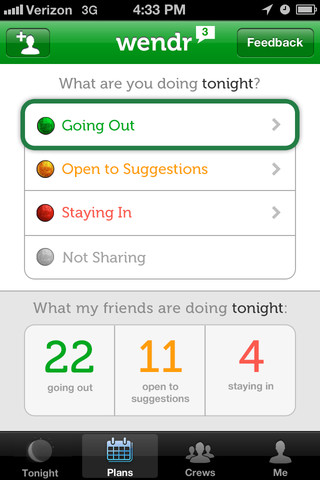 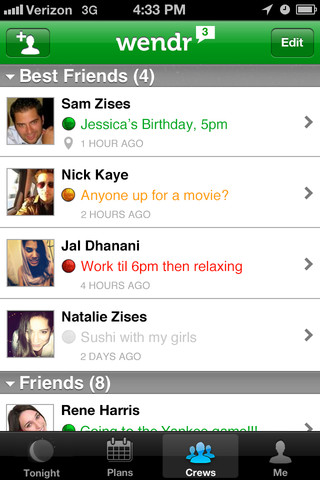 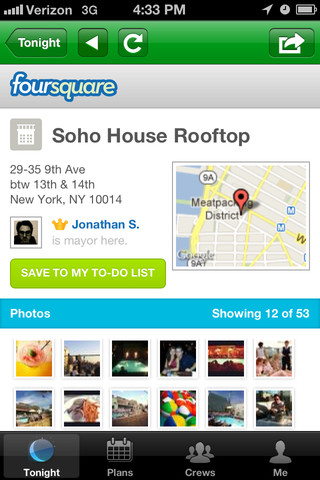