Why a jewelry startup had to build enterprise software to survive

When Chantel Waterbury decided to launch a jewelry startup, she had no idea she'd spend a huge chunk of her time developing backend software. She just wanted to take what she knew was a workable business model -- direct sales -- and bring it into the Internet age. It sounded simple enough, until she realized she'd have to build it all from scratch.

See, direct sales pioneer Avon and its many followers like Scentsy Candles, Tastefully Simple, Tupperware, Longaberger Baskets, Mary Kay, Pampered Chef and BeautiControl have built giant businesses with networks of women selling stuff to their friends. In person. At parties, and through catalogues. And that's the problem. They're barely integrated with the Internet, which is why they tend to have more senior citizens selling their products than 18-24-year-olds. Even Sequoia-funded newcomer Stella & Dot focuses much of its business on IRL trunk shows.

That inspired Waterbury's grand vision for Chloe & Isabel, now a 40-person startup in Tribeca. She'd create a modern day direct selling empire, starting with the category she'd worked in for 14 years, jewelry. The industry takes egregious margins she knew she could improve on by designing and sourcing her own product. And she knew the direct sales model worked because she paid for her entire college tuition direct selling Cutco knives. (The CEO of Cutco recently sent her a letter when he found out she'd built a business on the experience.) But she also knew that model no longer appealed to college-aged girls. Direct sales done on the web are still direct. And -- bonus! -- communicating, sharing and buying on the Web is what these millennials know best.

Influential personal style bloggers are already doing this type of thing with affiliate links. They often use a sneaky little link from rewardStyle (rstyle.me) to direct readers to buy items they're modeling, getting paid for driving sales in the process. Founder Amber Venz cryptically tells me she is "not speaking publicly about the business," but I have been seeing these rstyle.me links everywhere. Meanwhile, Referly is trying to turn the entire shoppable web into an opportunity to earn affiliate fees. Social media influencers are finding a way to capitalize on said influence far beyond a free bottle of Klout Perks wine. 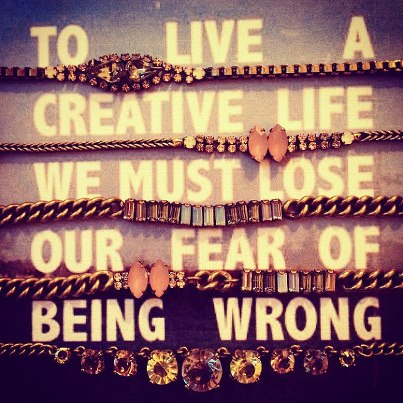 Just look at the Chloe & Isabel storefronts of Mallorie Corcoran, Jensine Reyes and Sharon Hammond. They are top sellers, earning up to $300 an hour doing business online. And their individual online boutiques reflect their personalities through styling, merchandizing, commentary and collections.

These seller-generated storefronts look seamless, but the functionality was a bitch to build. Waterbury says she expected to meet with a few software providers, pick the best option, install it and go back to dealing with jewelry. No such luck. It just wasn't available. "We didn't need 90 percent of the stuff they were offering, and when we told them what we did need -- integration with social, curation tools, individual boutiques and analytics -- they had nothing," she said. "I realized, oh my god, we're going to build this from scratch." This week the fruits of that labor were officially launched in the form of a merchandizer platform.

Chloe & Isabel aren't anomolies in this situation. I've had the same conversation with plenty of CEOs, many of which are trying to blend media and commerce on the same site.

Merging powerful inventory and shipping software like that offered by Magento or GSI with CMS publishing system like Wordpress or Drupal is as big of a nightmare as it sounds, so much so that no enterprise software company has attempted to create such a product. For example, to shop on "content and commerce" company Refinery29, you must go to a shopping site that's separate from the company's popular blog. Likewise, Thrillist features links to products sold on its e-commerce arm JackThreads, but they're merely that--links to a separate site.

Urban Daddy CEO Lance Broumand told me he spent months shopping around for a suitable solution to merge his editorial staff's output with his separate site for selling tickets to events and goods. A suitable solution was not available, so had to build his own hybrid publishing and commerce platform. Likewise, Birchbox had to build a custom backend so that it could include videos and editorial content alongside it's e-commerce site.

Most CEOs have no idea why I want to know about their boring CMS, but it's such a trend that I've been asking every one I encounter. Their answer is always the same: Commerce software doesn't do what any innovative e-commerce startup needs it to do. It's as if the software companies are trying to modernize the industry where it meets the customer, but the back end is still a late 1990's disaster zone. For the latest wave of ecommerce companies with new, innovative business models, it's DIY or die.

Which is how Waterbury found herself managing a team of 18 developers. And why she's as proud of her company's backend solution as she is of the jewelry brand she's built. The platform follows the principles of consumerized enterprise software pioneered by the likes of Asana, Yammer, Dropbox and Salesforce. Which is to say, spreadsheets are out, pretty charts, usability, and simple drag-and-drop functionality is in. Also in are tools meant to teach sellers about the art of merchandizing, curation, promotion and customer service. Sellers get social analytics, goals, and comps. And, of course, a 30 percent cut of each sale.

Waterbury's team has even built a system to let her current group of handpicked sellers vet new sellers, and so far well over 20,000 have applied. The next step is to expand, very carefully, into new verticals. She's built the software, for God's sake. No use in hoarding it.