When I mentioned "Mobile Thursday"on Yammer the other day, it was a rare time I was thankful we have a virtual news room. Erin Griffith lost her mind to such a degree, I would have ducked if we shared a physical space.

If you are a reporter, you understand why. In theory, Mobile Thursday is the phenomenon of people shopping for the holidays on their phones while they ostensibly enjoy the holiday. The digital PR machine has spent years pitching anyone with WordPress credentials stories on "Cyber Monday," the phenomenon of people shopping online at work the first business day after Black Friday, when people actually shop in the physical world. It's a horrible name, Cyber Monday. It sounds like a vintage Arnold Schwarzenegger movie. And journalists hate it because we feel we were sort of complicit in the marketing job to force this thing to exist.

"Are we actually saying that's a THING now!?" Erin screeched on Yammer.

I had the exact same initial reaction. I feel like every Cyber Monday story I've written has been a pact with the Devil to get something up on Holiday shopping on a dead week of news flow.

But if there's consumer logic in Black Friday and logic in Cyber Monday, there's certainly logic in Mobile Thursday.

As we've written before, mobile commerce is one of the only ways to make money on smartphones that's dramatically taking off. But it only works when etailers optimize their sites for the mobile experience. Customers aren't waiting for them: On average, 20 percent of online browsing is happening on mobile, but the sales conversion is a whopping 75 percent worse. So the retailers who haven't aggressively embraced the trend are actually suffering a worse conversion rate overall. Meanwhile, retailers who have embraced it are getting a disproportionate share of the spoils.

Retailers like One Kings Lane are seeing purchases as high as $20,000 per item. More interesting: They are seeing mobile purchases happening in exact inverse to when people would traditionally shop online. One Kings Lane reported surprisingly high purchases on the Fourth of July, for instance. 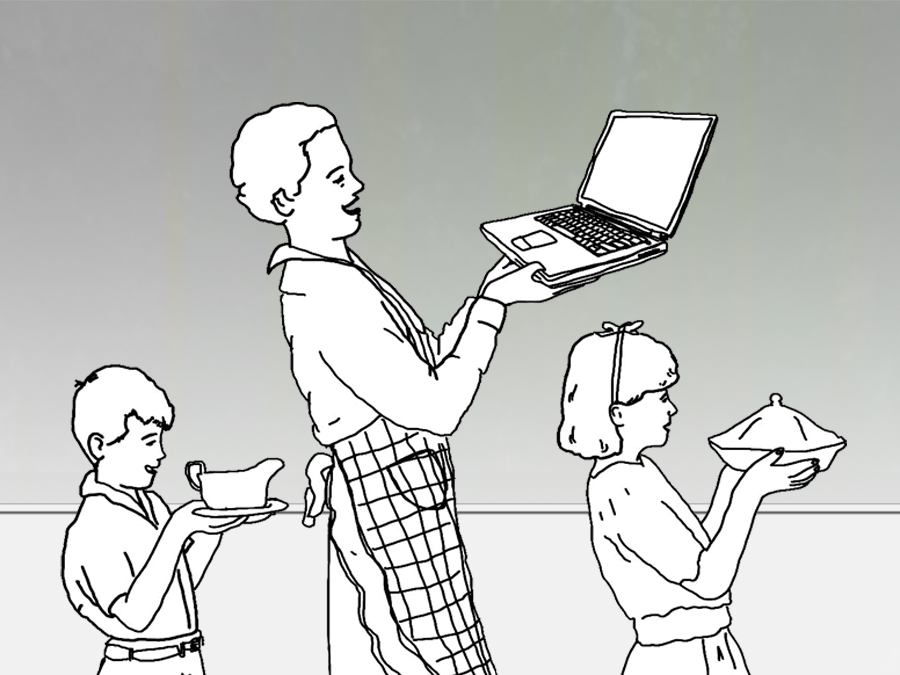 Don't expect total buy-in yet. So far, retailers don't seem to be on the same page. I asked both Fab's CEO Jason Goldberg and One Kings Lane's CEO Doug Mack -- two of the most successful retailers at mobile shopping -- whether Mobile Thursday was "a thing."

Goldberg: "We saw a three times increase in mobile sales on Thanksgiving day last year between 3 pm and 10 pm eastern vs. previous Thursdays. So, yes. It's real."

Mack: "I have not heard of mobile Thursday, but it seems like a strange concept to me. Perhaps someone trying to brand the day to draw some press attention, a la what shop.org did a few years back with Cyber Monday? Candidly, every day of the week at this point is a mobile day -- so we never really talk about a ‘one off’ program related to a discrete mobile opportunity.  From Thursday thru Sunday this week -- where there will be very few people at work -- I’d expect we’ll see somewhere between 32 to 34 percent of revenues coming in from mobile each day."

So towards the end there, even Mack's "WTF?" is sort of a yes, in theory. It's just not pinned to any one day.

If you want to point the finger at anyone for starting this, do it at Braintree Payments CEO Bill Ready. That's who first pinged me about Mobile Thursdays. In a tight payments innovation race, Braintree is aggressively -- and so far successfully -- gunning to be the mobile vendor of choice, as we've written multiple times. Ready spends a lot of his time trying to convince generation one etailers to get on the damn bandwagon already. So a Mobile Thursday phenomenon would be great for him.

But, looking at his numbers, he also happens to believe it. "It's definitely real, and it's there already," he says. "Will it be as big or important as Black Friday or Cyber Monday? That depends on the offers."

Last year, Braintree started to see a lot of mobile traffic on Thanksgiving day in the late afternoon evening, as the wine and tryptophan kicked in and the family bonding just got to the point of I-must-escape-into-the-third-screen-or-I'll-kill-you. By Thursday night, many people are already moving into a shopping mindset, thanks to the conditioning of Black Friday. And when you are sitting back on a couch -- exhausted and with the stretchy pants at full stretch -- the only thing you might possibly shop on is a smart phone or tablet.

Last year, Mobile Thursday sales represented about half of Cyber Monday $1.3 billion in sales, Ready says. That's pretty substantial given how nascent it is without a lot of aggressive discounts. Overall, 15 percent of ecommerce transactions last Holiday season happened over mobile, and Ready thinks that will increase to 30 to 40 percent this year. He expects Mobile Thursday transactions in particular to double.

It's clearly constrained by how few of the giant etailers really optimize for mobile, but grandaddies like eBay and Amazon are among those who have embraced it. Optimizing takes a bit of work, as app based experiences have far higher conversion rates, Ready says. "85% of Amazon's mobile traffic is app versus mobile Web," he says.

It's important to note that Ready includes tablets in mobile figures, and I usually do too. To me, the experience of using an iPad and an iPhone are more similar than they are different, particularly for browsing and shopping. But a few wonky industry analysts have called me out for lumping them together in the past.

Ready had an interesting point about the debate, arguing that your point of view may depend on which tablet you use. Clearly if you use Samsung's "Phablet," you view that as a mobile device. A big honking mobile device, yes, but a mobile device nonetheless. On the other hand, Microsoft's Surface is really just a smaller, thinner, deconstructed laptop. The iPad is somewhere in the middle, but hews much more towards the Phablet-side, and certainly the iPad Mini is closer to a mobile device than a laptop.

Ready believes those who view the tablet experience like a deconstructed laptop are ultimately missing the point, and from an ecommerce point of view are missing a huge opportunity. "Past 5 pm, laptop and desktop usage totally plummets," Ready says. "When you build a tablet with a kickstand and a keyboard on it, you don't really get what the shift to mobile means. Look at the way Apple is iterating with the Mini; it's pushed towards the phone. Microsoft is last generation thinking."