It was a hell of a year for the online ad biz: “Native” became a famous kind of advertising. We began measuring the multiplied marketing power of shared media. We vilified Facebook mercilessly for not being old-fashioned enough (i.e., not running enough “ads” to satisfy Wall Street), and we watched unsurprised as online ad spending became a sure bet to beat print ad spending in the US and, soon, globally.

Frankly, I don’t either. This is true even though advertisers will have spent roughly $38 billion for online ad space by the time we ring out 2012. One reason people don’t notice most online ads is that they’re boring; another important reason is that the highest use of a paid online ad is to bring attention to something else, not to itself.

The “something else” isn’t usually counted in that $38 billion. It’s the content that makes up the best native advertising, mostly on social channels; the non-ad, non-paid advertising that tells great stories, engages us and compels us to share these experiences with our networks. This is what we want to celebrate this year-end.

All of which means that the best online advertising is not advertising; at least not in the sense the industry defines an ad and counts the money spent on ads.

So here are my picks for the best online non-ads of 2012:

1. Nike “Most Active Day Ever” 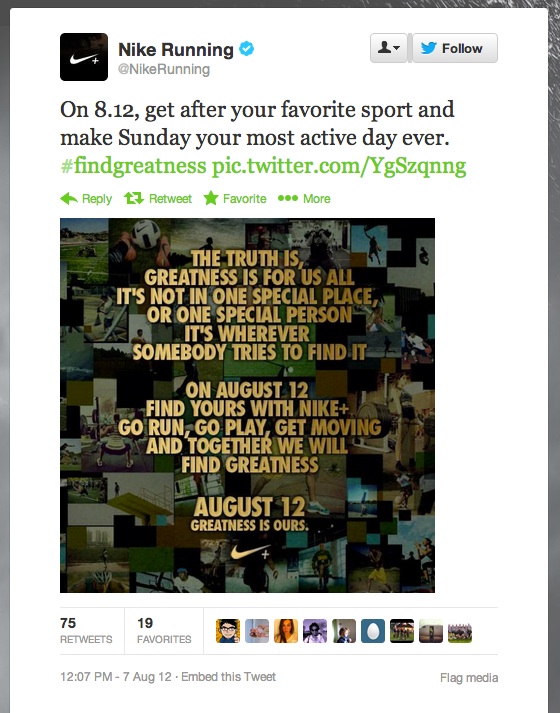 The fans’ involvement is the “ad.”

As with everything Nike does, they attracted attention to this with ads on all media. Living on social channels, especially Twitter, the effort involved the 8.5 million Nike customers using Nike+ to record their collective running, jumping and ball-playing on Aug. 12, 2012. Part of Nike’s empowering “Find Your Greatness” campaign, which managed to steal the 2012 Olympics from official sponsor adidas. 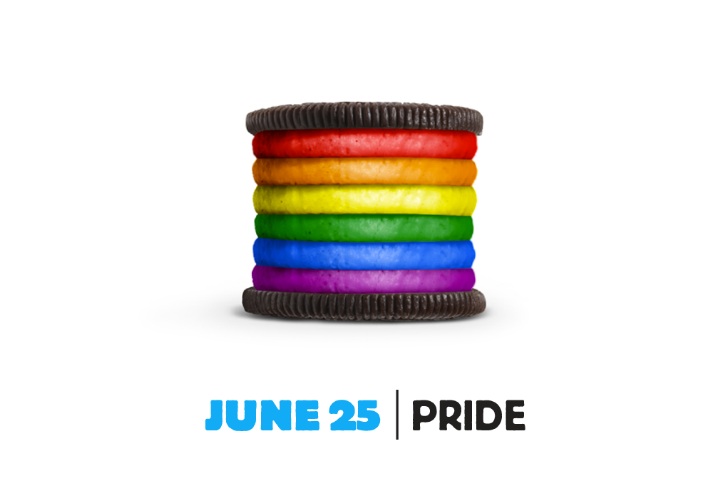 As part of the cookie’s 100th birthday, each day from June 25 to October 2, Oreo posted on Facebook one image of an Oreo celebrating the day. The collection used a cookie to commemorate various holidays, events and achievements, from the frivolous to the solemn. The effort earned them millions of shared Oreo images. 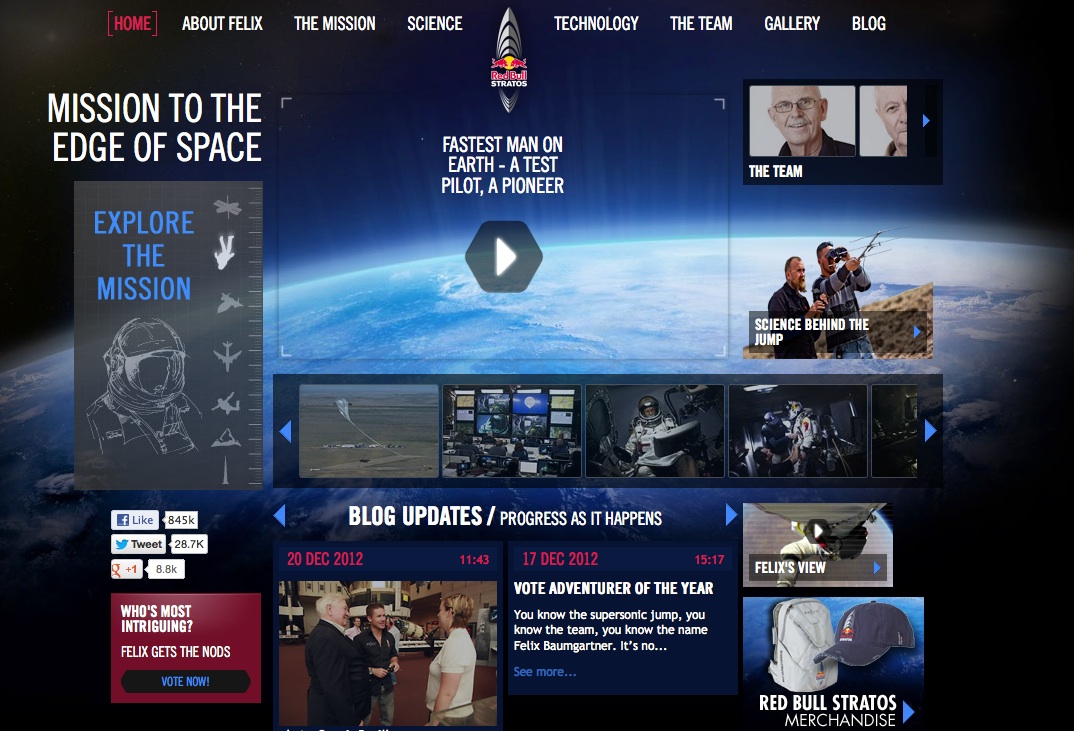 Write a big check and own the news.

By being the sole sponsor of Felix Baumgartner’s 128,100-foot supersonic freefall, Red Bull owned the cameras at one of the most awesome news events of the year. The result was more than 8 million viewers for the live event and some 31 million-plus views so far of the mini-documentary on YouTube. It was the perfect event and the perfect medium for the brand, which means we all remember Red Bull, not just Felix. 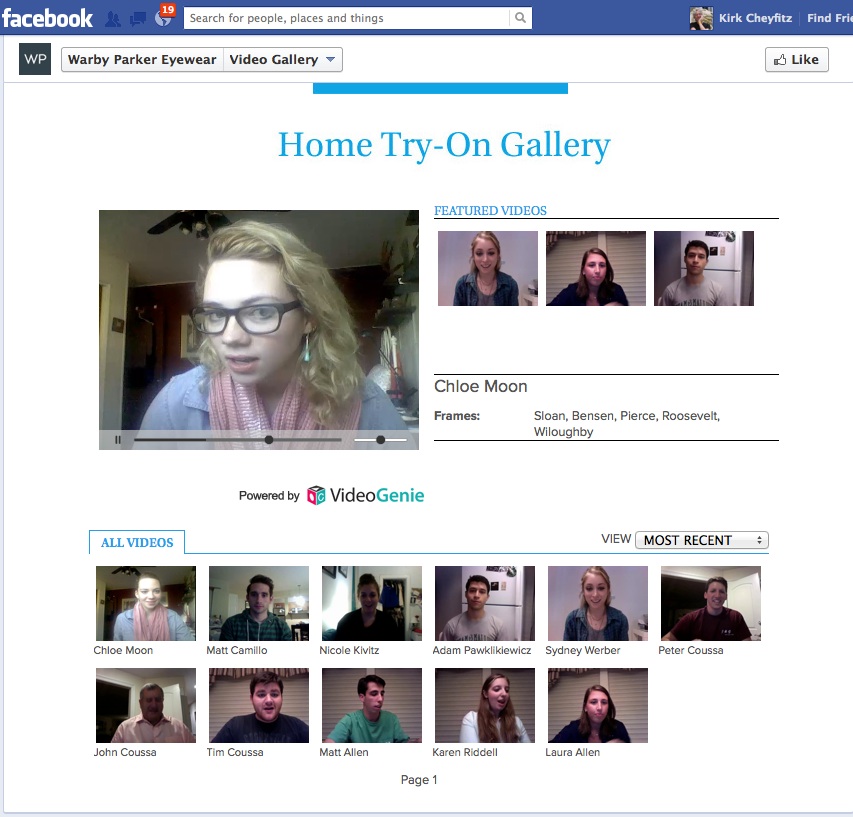 Paying meticulous attention to their millennial customers’ dreams, two friends invented Warby Parker, a low-cost, high-hip eyewear r/etailer headquartered in New York’s SoHo. They win this year for their home try-on program, headquartered on Facebook: Warby ships five frames to your home. You get five days to try them on. Most important, there’s a gallery on Facebook where you can show off your frames and get opinions on which ones make you look coolest. This is how to stand out with virtually no budget at all. 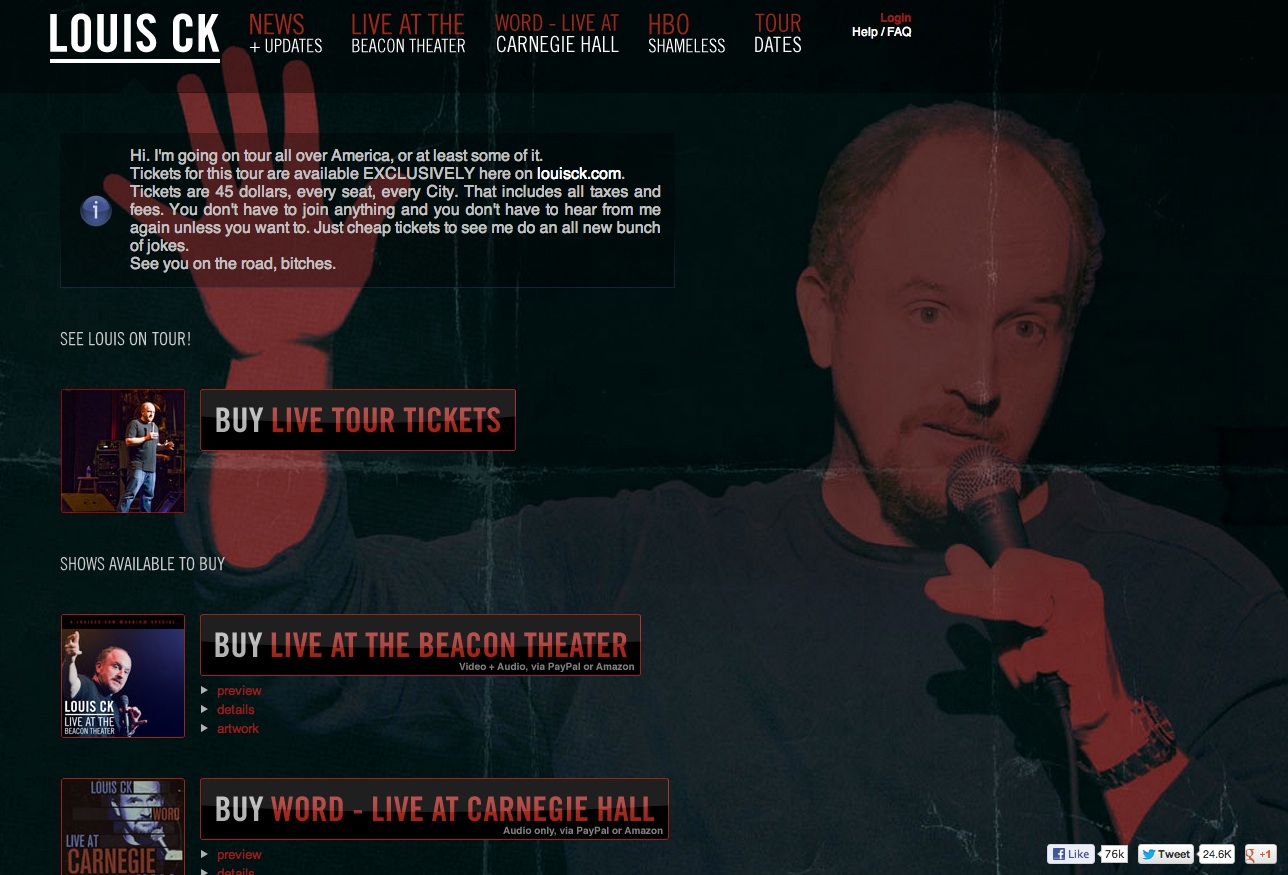 Cut out the middlemen. Own your network. Own your audience.

The comedian’s comedian made the decision this year to sell his new movies and all tickets to his 2012-2013 tour exclusively on his own website. No Ticketmaster. No StubHub. (Read all about it here.) He spread the word on his own site and social channels. Since he’s a celeb, of course, mainstream media picked it up. Result: $45 million in ticket sales in the first two days. Sold-out venues. The whole nine yards. Yes, Virginia, digital works and the whole damn thing is a native ad!

6. Sharpie “Grab a Sharpie & Start Something” 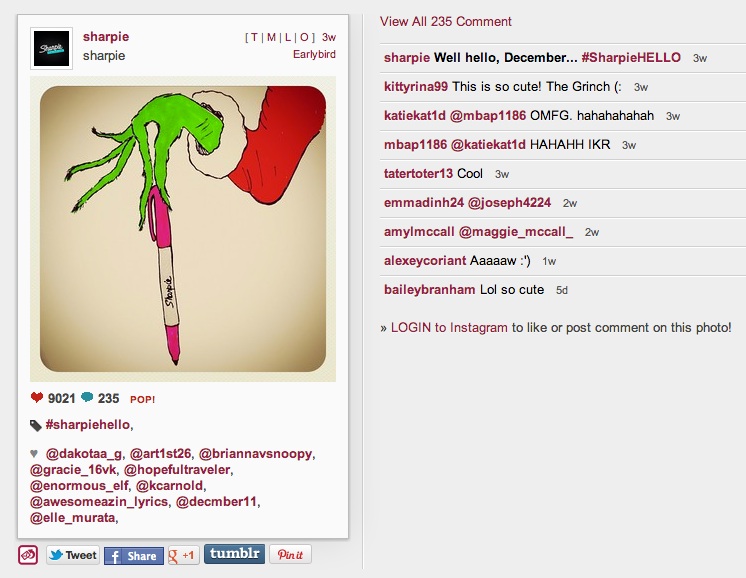 It not what your brand does that matters, it what people do with your brand.

It’s tough to get people talking about permanent markers, but Sharpie has amassed nearly 4 million Facebook fans and generated lots of sharing among them. How? Too many brands stupidly waste Facebook and sister site Instagram on pictures of products. Sharpie has the rare smarts to post, instead, the engaging and colorful art that people create with its products. While lots of crowdsourced content is completely beside the point, there really is no better ad for Sharpies than its customers’ inspiring artworks.

While I’m at it, here’s one of Story’s efforts:

7. WGN America “Home of the Superfan” 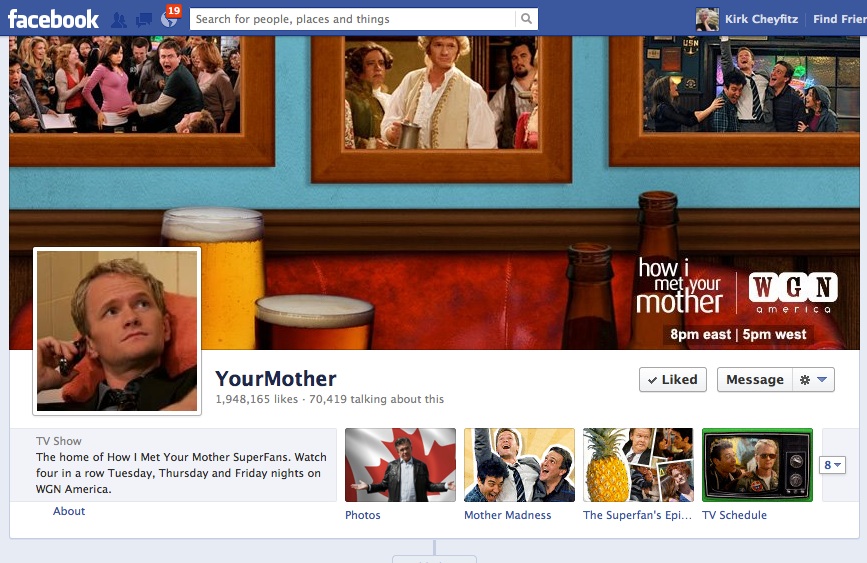 Co-create with your biggest fans to build a network of millions.

To increase the audience for re-runs of cult-favorite “How I Met Your Mother,” we first recruited about 20 of the show’s superfans and collaborated with them on social content – posts, films, contests and more. Our goal was to make fans part of the story. It worked. We built a Facebook community of nearly 2 million with high engagement that drove a 10 percent-plus increase in ratings.