Around this time last year we were firing up the hype machine for a class of startups focused on "people discovery" and "ambient social networking." Led by Highlight and including Glancee, Sonar, Banjo, and INTRO, there were at least 15 competitors going into SXSW.

Since then, many have withered away or changed course. Glancee sold to Facebook, and then Facebook pulled its version of the feature, called "Find Friends Nearby" a few months later. Foursquare still has yet to emphasize its own version of this feature with "Radar," which CEO Dennis Crowley smartly observed that people were not ready for last year.  Highlight saw its daily active users decline dramatically in the first month after SXSW. 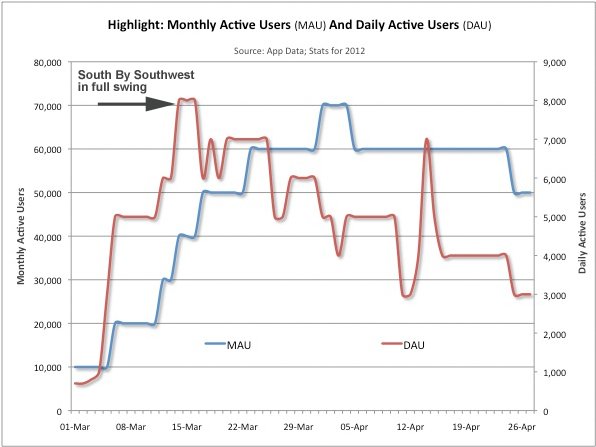 This weekend one such app we first covered shut down: Meeteor, a sort of professional matchmaking service which graduated from Dreamit Ventures accelerator, has closed its doors. The site now redirects to a landing page with a letter. Of the site's early days, co-founder Philip Cortes write, "It was buggy. Even with the bug fixes in place a few days later, our retention was horrible."

The site lasted for three years, but never caught on. Cortes explained that he realized in the course of working on Meeteor that professional networking was similar to dating. People were afraid to approach people that were professionally "out of their league."

Beyond that, he realized that people are still very protective of their private identities on Facebook. The next generation of social networkers may not need separate personal and professional identities, but the current one does. Nobody wanted to make professional connections through their Facebook profiles.

The speed at which hype gathered around Highlight and its peers last year made the backlash to people discovery apps all the more swift and punishing. Highlight killed phone batteries, it made some people uncomfortable, and the connections it engineered weren't great matches. Highlight has worked to address complaints over the last year. The company now has 100,000 monthly active users according to AppData.

Others in the space continue to fight as well -- Sonar, which I've found to be most heavily used by New York techies, is still going strong with daily active users in the hundreds of thousands. Banjo has three million users. Bizzabo and INTRO, two professional networking app built on LinkedIn, not Facebook, are forming partnerships with conference and event providers.

Either these companies have more runway than Meeteor, or they're doing something differently. Maybe they were just too hyped and too early, or maybe we don't really need more ways to connect with strangers (which is why many of them have switched their focus to existing friends and contacts). There might be a real play for people matching apps, but there's now one less startup trying to crack the code.