Three reasons not to build a Minimum Viable Product

By Brant Cooper and Patrick Vlaskovits , written on February 4, 2013 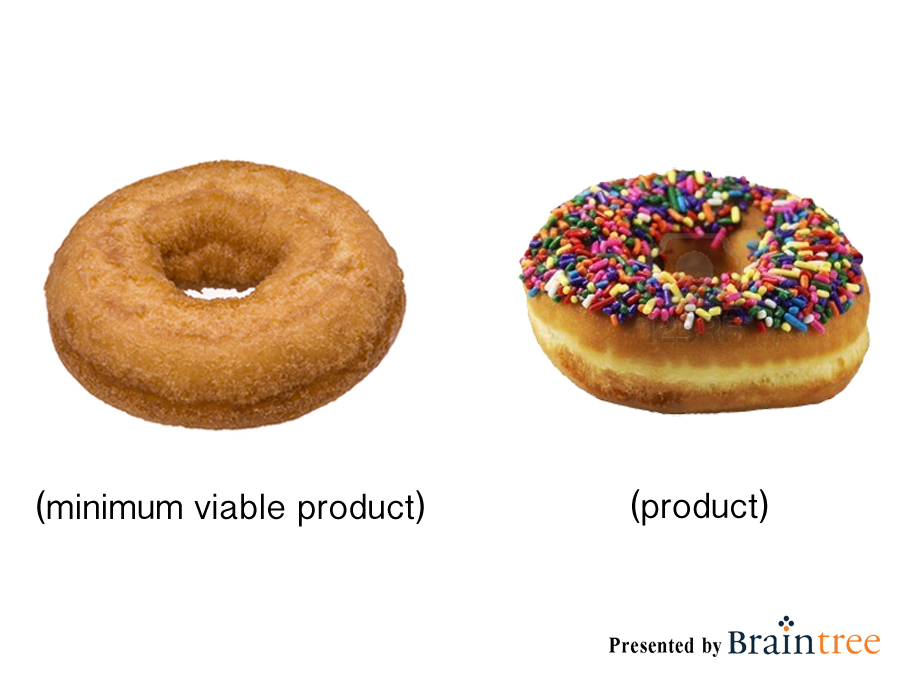 f you are like most entrepreneurs, you should build a “minimum viable product.”

Let’s get the definition out of the way first; Eric Ries defines MVP as “…that version of a new product which allows a team to collect the maximum amount of validated learning about customers with the least effort.”

As we detail in "The Lean Entrepreneur," famed entrepreneur Bill Gross created an MVP in 1999 that validated that car buyers would be willing to by autos online sight unseen. The customer would choose a car on his website, describe the options desired and then pay for the car. Bill then would go buy the car from a dealer (losing money in the process) and deliver it the customer.

That MVP grew into CarsDirect.com.

Nick Woodman noticed surfers strapping disposable cameras to their arms to take pictures of themselves surfing. At first, he decided to make a better strap from surfboard leashes, but then realized he really needed to improve the camera technology specifically for action sports’ needs. His first MVP, in 2004, used a 35-mm film camera, not digital! That quickly evolved into the Digital Hero. From that first analog MVP, GoPro became the darling of a brand-new product category, the action or rugged camera market, which it completely dominates.

In both cases, Bill and Nick had to learn about the needs of their early adopters before scaling their startups, hence the MVP approach.

But there are valid reasons not to build an MVP, which runs counter to lean startup principles – as if to be a lean startup, you must always be iterating or pivoting or “failing fast” and giving up.

If you don’t need validated learning however, you should not build MVPs. We detail three areas where building MVPs are suboptimal.

1. You are building a sustaining innovation product.

In "The Lean Entrepreneur," we discuss how learning tactics differ depending on where your endeavor falls on the Innovation Spectrum. 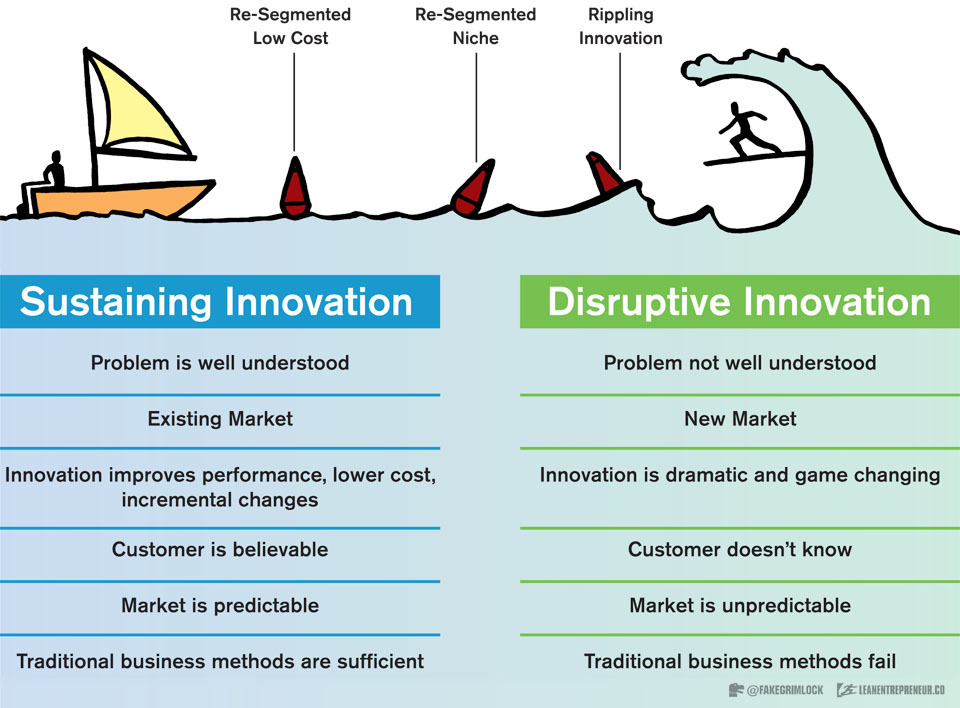 In a nutshell, the more sustaining your innovation, the more the market is understood or, at least, understandable.

The problem and solution are knowable.

Companies innovating on the sustaining end of the spectrum likely find themselves in a feature war, so must build more than the minimum. Or to put it another way, in order to be viable, their minimum must be enough to compete against existing players plus some sort of differentiation. Startups seeking to compete in this arena against entrenched players best have millions of marketing dollars to compete. If instead it targets just a portion of the market that is underserved or requires special functionality, building all the features to compete against entrenched players might prove extremely wasteful.

On the other hand, if the startup is turning this market on its head, a fully blown product isn’t likely required. It’s possible that so much value is created, early adopters will jump at the chance of using an imperfect product.

When Paypal turned the Internet payment processing market on its head, people used the product despite a sub-optimal user experience. Paypal kicked butt. Now, with new competition emerging, Paypal is on a mission to drastically improve the user experience.

2. You don’t care if you’re wasteful.

It might sound rather glib, but maybe waste isn’t an issue. It’s within the realm of possibility that you have enough time and money to build a full-blown product, including every feature you can imagine, and if you’re wrong, you don’t care.

If you build big and are wrong, but do care that you wasted the time and money, then build a proper MVP.

When Apple was figuring out what its retail experience was to be they prototyped it.  They built a life-sized store. Was it an MVP?  We’re guessing Steve Jobs and Ron Johnson (the store’s designer) were not trying to find a balance between minimum and viability.  There’s no indication that they attempted to measure viability.   On the other hand, they didn’t roll out stores across the country based upon initial design concepts and assumptions.  They did build and scrap and then rebuild a full retail store experiment!  The prototype convinced the board to go ahead with a four-store trial run.

If you want to argue that Apple “doesn’t do MVPs” that’s fine – we’re not sure we agree – but for the sake of argument, fine.  Apple’s valuation is close to half a trillion dollars and they have 50K employees. Is this analogous to your situation?

Product-market (P-M) fit is not a proposal.  Product-market fit occurs when the value proposition is proven by a substantial number of market transactions that creates business momentum.

The objective of the MVP is validated learning.  If you have P-M fit, you’ve proven viability, there’s no requirement to be minimal anymore.

Beware, the fallacy that more of a good thing is necessarily better. There’s no such thing as maximum viability.  Viability is a threshold.

When you’re on the disruptive end of the spectrum, a minimum viable product is maybe all you need to reach P-M fit. To stay ahead of the competition, however, you must continue to press forward toward the “whole product.” The whole product might include additional functionality, better positioning, packaging, complementary products, distribution partners – anything that not only satisfies the customer need, but also induces customer passion.

In general, once you know, you optimize for executing, not learning.  As the market pulls the product out of you, you build it!  Fully!

The trap is in “knowing.” Having conviction isn’t the same as knowing. Faith-based belief in your vision leads to bigger disruption is feel-good claptrap. It’s the "Myth of the Visionary" and there’s no evidence for it, not at Apple, Tesla, or anywhere else.

Keep in mind these points:

Lastly, determining your position on the Innovation Spectrum provides much needed context, and with context you can decide whether or not building an MVP is necessary. Remember, it is wasteful to hang on to MVP when you should be building a “whole product."