When was the last time you did something entirely selfless? For many of us, the answer to that question is embarrassingly long ago. In most cases, it’s not that we don’t care – it’s that we’re busy and distracted, or we don’t know where to start.

Friday5 is a startup launching out of beta today to put charitable giving on autopilot. The model is simple and the cost of entry is just $5 per week, regardless of whether you’re a recent college grad or pulling down seven figures annually. Every Friday, the company will charge an Abe Lincoln to your credit card, and donate it to a worthy cause.

The idea behind the subscription-based donation model is to make giving so frictionless and painless that you never stop. Ever. As a member, you don’t have to pick your favorite cause, or do background checks on charitable organizations to make sure that they’re spending your money wisely. Friday5 allows you to outsource this legwork, and yet get all the karma points as if you had done it yourself.

Each week, Friday5 will choose a new charity to support. The company sends each of its members an email immediately after debiting their account, thanking them for their donation, and explaining where the money went and who it helped. Fittingly, given that today is World Water Day, this week’s charity of choice is Water.org.

If you haven’t already – and let’s be honest, there’s no reason why it should have taken you this long – now would be a good time make your way to Friday5.org and sign up. (We’ll wait.) 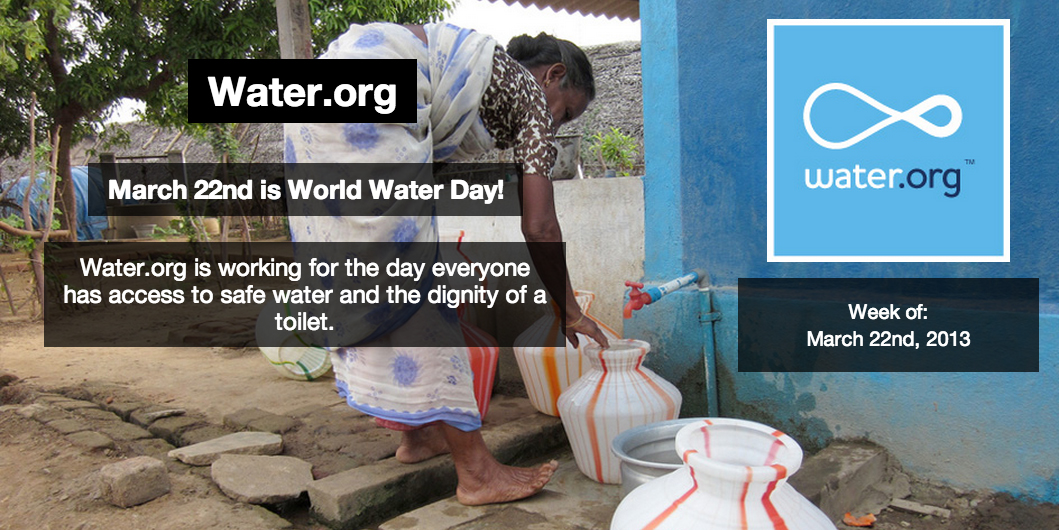 To operate its backend, Friday5 has teamed up with a Network for Good. NFG is a Better Business Bureau Wise Giving Alliance-accredited organization and a 501(c)(3) in its own right that collects contributions from donors and distributes them to charities. Friday5 also works with GuideStar and Charity Navigator to vet each cause by making sure that the organization is accredited, in good legal standing, and financially responsible.

Friday5 takes 4.75 percent of each donation to cover its costs, including processing and distributing online donations. The remaining 95.25 percent ends up in the account of its chosen cause. If you’re feeling particularly generous, the signup process allows you to set a weekly donation above the standard $5 that goes entirely to Friday5 to help keep the lights on. This amount can be changed at any time.

Friday5 has been operating in beta since early February and has already made donations to Team Rubicon, ProjectC.U.R.E., Building Tomorrow, P.S. Arts, I Am That Girl, and The Adventure Project. The company currently lists its future causes two weeks out, with upcoming recipients being Can Do Multiple Sclerosis and Move for Hunger.

Due to its weekly nature, Friday5 can operate with extreme flexibility and direct funds on an as-needed basis in the event of natural disaster or crisis. In extreme cases, it may even email its members to request a special one-time donation outside of the existing model. And because it has members’ payment information on file, this could be processed at the click of a button.

Friday5 is the personal passion project of founder Mike Berman, who was formerly a senior sales manager at Eventbrite (he’s your charming guide in the video below). Having spent a good bit of time with Berman since his move from San Francisco to Los Angeles last year, I can attest that he is deeply committed to the values behind Friday5.

Berman started Friday5 because he recognizes that donating to charity is something that we all think about, and tell ourselves we’ll do more, but that we rarely follow through with. The founder has bootstrapped the platform's development and operations since starting the project last summer, although he may start looking for benefactors in the near future.

So, seriously, crack open your wallet and become a member of Friday5. I did.