When ad industry vet Rishad Tobaccowala says "Commerce has become marketing and marketing has become commerce," he's talking about what every marketer dreams of doing: closing the loop between ads and sales. Yes, ads can drive sales, but now, sales are driving ads.

That sounds a little loopy, so allow me to clarify: Ads lead to sales, and now, thanks to savvy use of social media tools and analysis around purchasing data, sales are leading to more sales. Gian Fulgoni, executive chairman and co-founder of comScore, explained the concept in comScore's quarterly eCommerce report yesterday.

Advertising that targets based on buying behavior has changed the way marketers approach businesses. Amazon's trove of buying and browsing history now fuels its advertising strategy, Fulgoni says. Ebay does the same thing, as does Mastercard, albeit with less granularity around individual skus.

Surprisingly, the biggest category to benefit from online browsing behavior is one that doesn't do much ecommerce business at all: the supermarkets. Using frequent shopper card data, they're able to target online ads that may not lead to clicks and conversions but increase brand awareness. "We can expect in CPG this will become much more important marketing factor in the months and years ahead," Fulgoni said. In fact, digital purchased-based ad targeting has proven to lift in-store sales by 38 percent over three months, versus a 21 percent lift from ads that weren't targeted based on purchase behavior.

This becomes even more useful to advertisers as they build up their own audiences. The "brands as publishers" theme has been popular for awhile as brands increasingly create their own content on Facebook, Twitter, Pinterest, Tumblr and Instagram, as well as through own apps and websites. Beyond that, commerce companies now rival publishers and social media platforms in terms of audience. Fulgoni pointed out that Amazon, Apple and eBay are among the top 15 digital media properties in terms of audience size. 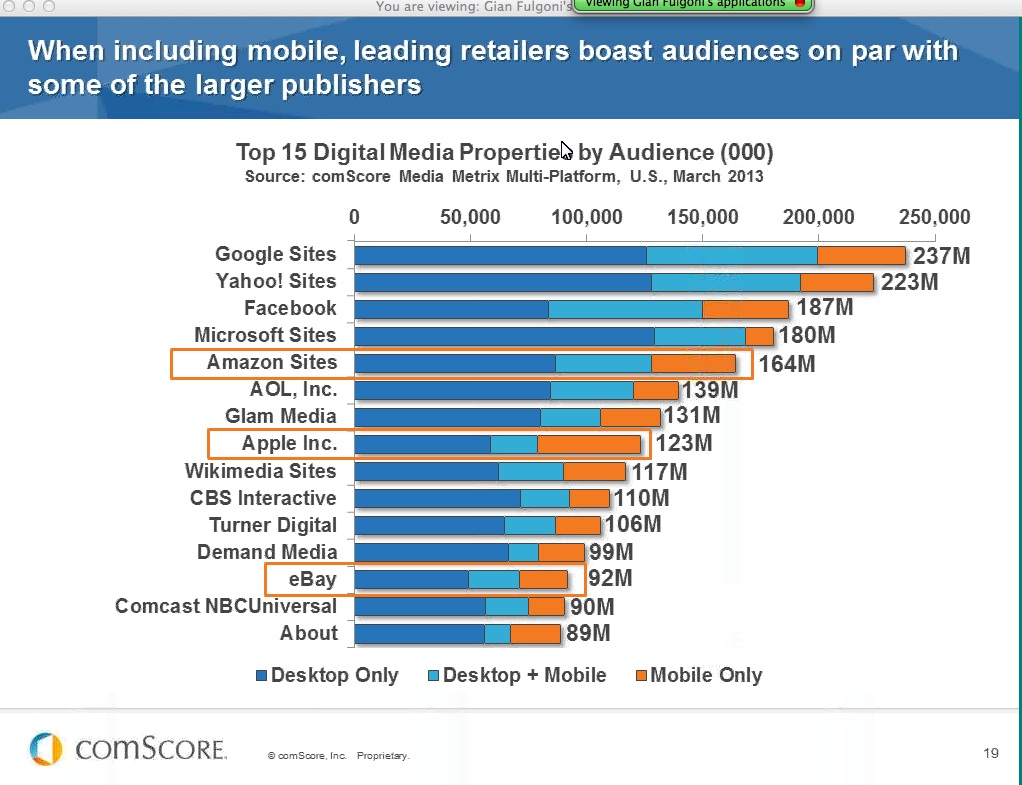 That makes Amazon's advertising platform as valuable as its commerce engine. 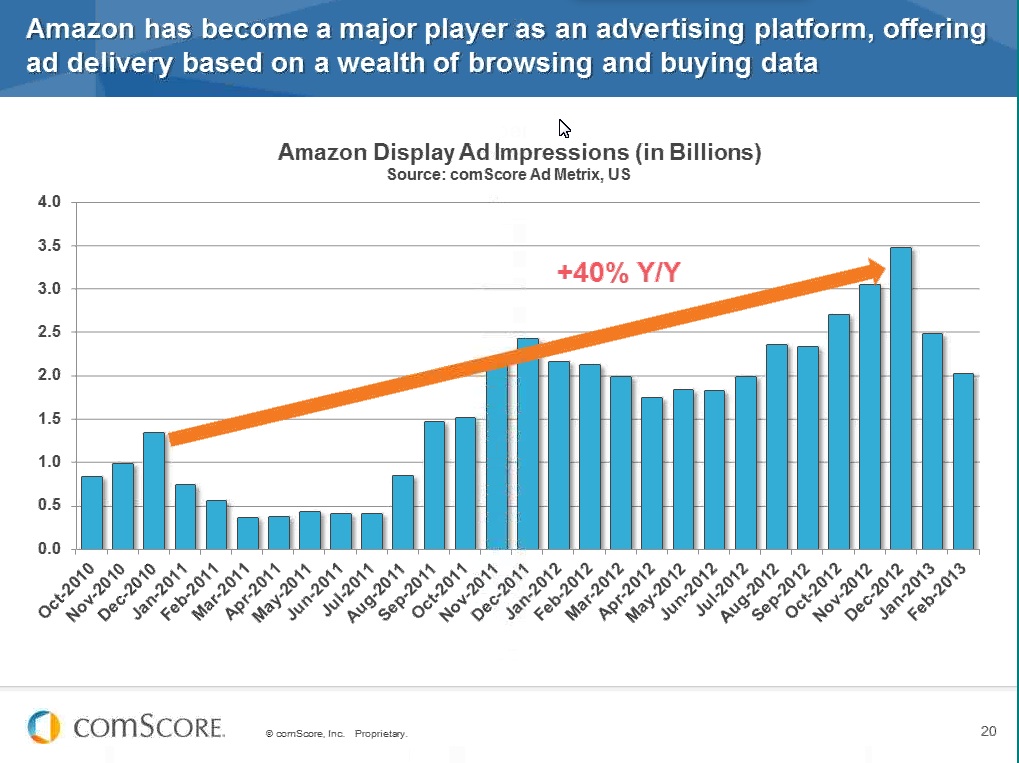 However, Amazon, eBay and their multi-channel ecommerce peers may not always dominate ecommerce. Multi-channel ecommerce makes up 63 percent of all ecommerce sales, but it only grew 11 percent this quarter over last year. Meanwhile pure-play commerce, focused on specific categories of shopping, is growing by 17 percent each year. 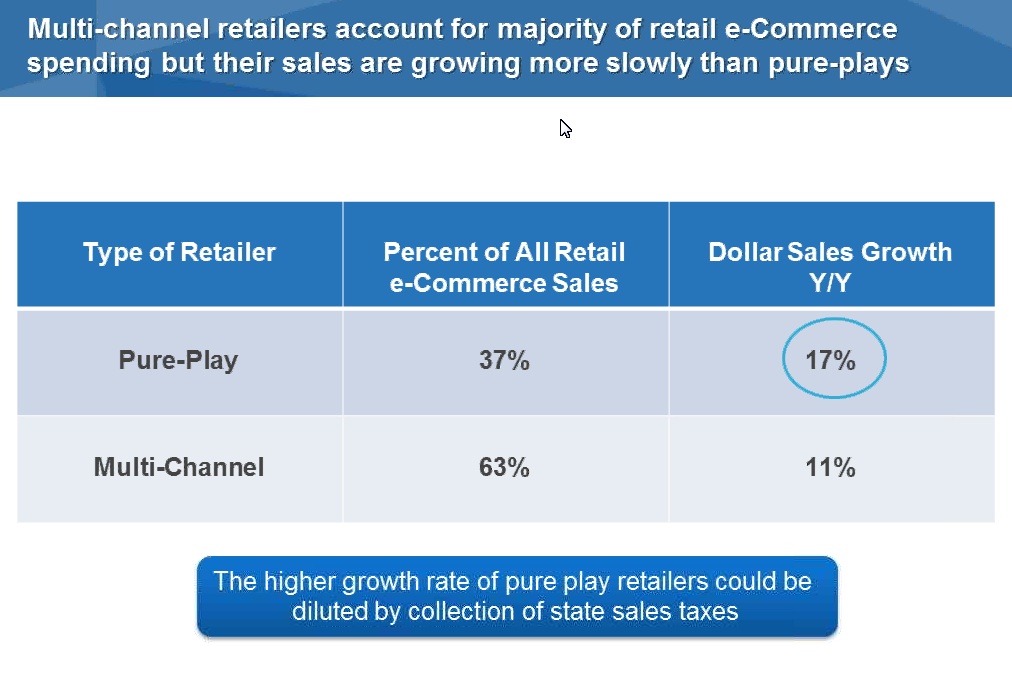 The drawback of overtargeting (and its evil twin, retargeting, where ads seem to follow you around the Web) is the loss of serendipity. Broadly targeted advertisements can lead to surprising connections that can't be planned for or measured. But ads that can't be measured are useless on the Web -- measurability is both the blessing and the curse of online advertising.