YouTube is the second largest social network in the world, with more than 1 billion monthly active users, if you haven’t started treating it like a social network and developing your audience, you’re missing out on something big. As Robert Kyncl, the VP and Global Head of Content for Google/YouTube said, “Audience development is equally as important as great content. By creating fantastic content and spending zero time on audience development, you are certain that you will not succeed on YouTube.”

Although Social Media Managers and marketers have mastered the art of Facebook and Twitter audience development over the past five years, YouTube marketing is still in its infancy. There's a lot of confusion over what works and what doesn’t. So here are five best practices that top creators on YouTube are using to organically grow their audiences.

Before launching your YouTube campaign, it’s important to determine how you will measure success. The metrics you want to pay attention to will be different depending on a) what type of campaign you have the budget for, and b) what you’re looking to gain from it.

The first type of campaign is a called a reach-based campaign. An example is Red Bull’s now-famous space jump with Felix Baumgartner, which was designed to receive as many views as possible in the shortest amount of time. Red Bull poured an estimated $65 million dollars into the campaign, which resulted in more than 34 million views for its official video alone. While the brand cachet for such an iconic video is clear, it paid almost $2 per view -- which, even if you’re Red Bull, is a lot of money.

The second type of campaign is retention-based. Pokemon In Real Life! by SMOSH, a Web-based comedy duo consisting of Ian Hecox and Anthony Padilla, received the same number of views as Red Bull’s official campaign video but at a fraction of the cost. How did they accomplish this? Without the marketing budget of Red Bull, SMOSH resorted to a retention-based campaign that focused on organic audience development, increasing their subscribers, and increasing watch time. Through sustained audience development SMOSH’s channel has 3.6 times the subscriber count as Red Bull’s – subscribers monetize better and are more likely to become customers.

Part of audience development is ensuring that you’re helping interested parties find your content. In traditional social media marketing, SEO hasn’t been a significant area of focus. However, on a mammoth platform like YouTube, which is the second largest search engine in the world, SEO is the unseen hand that controls whether or not your content will be found.

During a SXSW panel on B2B and Social Media Jamie Grenney,  VP of Social and Online Video at Salesforce, conceded that “SEO is huge – 60% of our content is discovered via Search and Related videos.” In our own research we found this number to hold true across the board – 58% of YouTube viewers discover a video because of search and related videos. In other words, SEO must be part of your strategy. 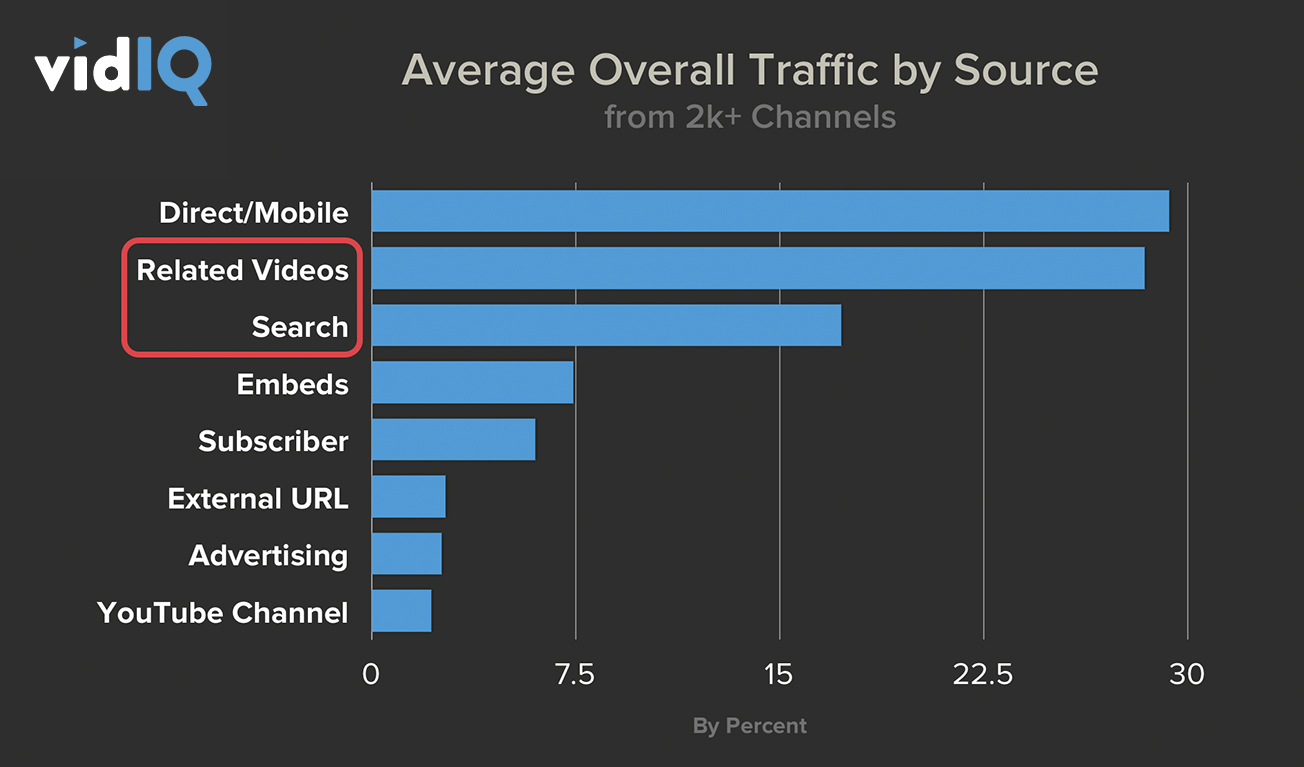 One of the most critical parts of audience development is knowing your audience, and the best way to get to do that audience is to see what they're saying about your videos. For instance, during a fireside chat on social media engagement, Rick Wion, the Director of Social Media at McDonald's, said the company's social media team spent three months monitoring conversations about its brand before engaging with consumers.

While for a normal social media campaign monitoring tweets with an at-mention might seem easy, for YouTube it’s a little different. Paul Cooney, the YouTube Partnership Manager at AOL discovered that 86 percent of tweets with URLs to YouTube videos by TechCrunch, Engadget, Moviefone, and AOL Autos didn’t contain a mention of their brand name. In other words, there were valuable conversations occurring about their brand without any way to track those conversations.

In our own research we've found the percentage of “lost” conversations to be even higher; on average, up to 90 percent of tweets about YouTube videos are lost – that’s a treasure trove of viewer sentiment YouTube marketers are unaware of. 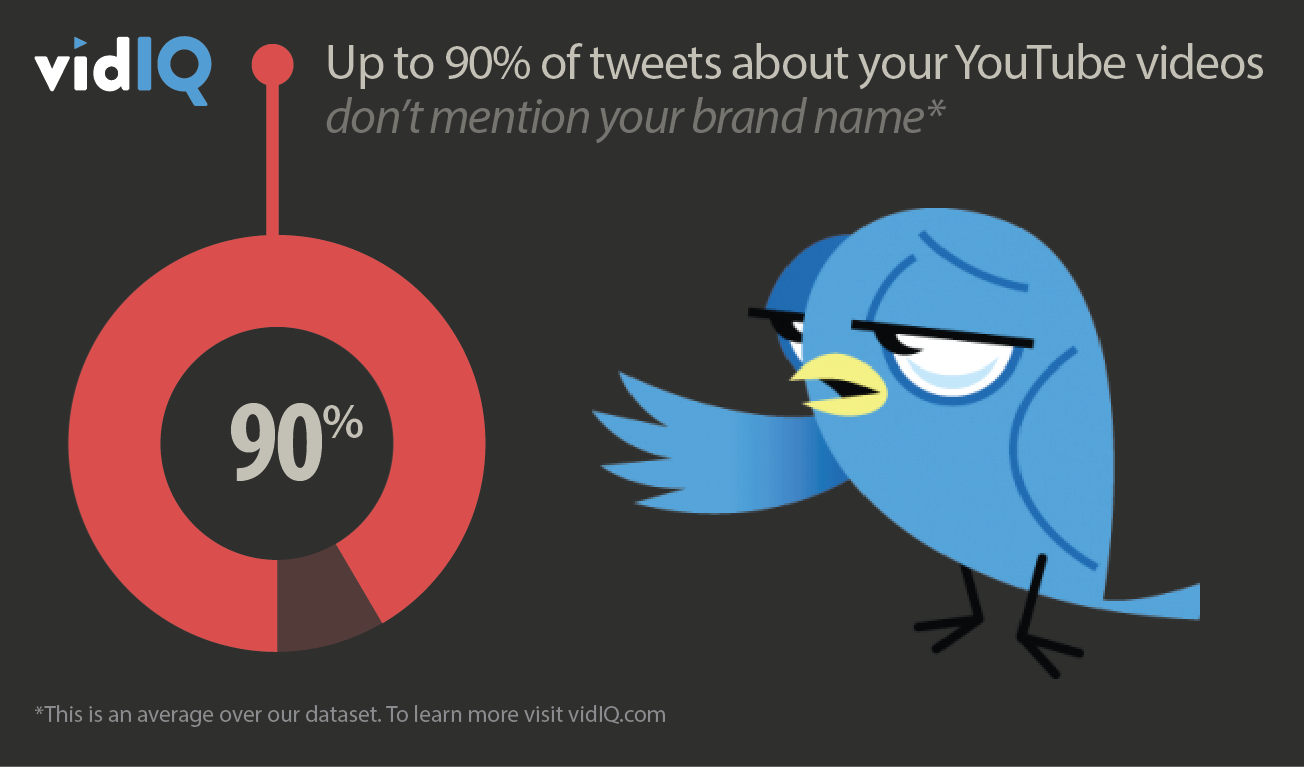 4. Engage with your audience

YouTube is great for uploading videos and sharing them with your friends or idly killing a few hours watching cats do crazy things, but at its heart its a social network. Adopting tried and true best practices from your Twitter and Facebook endeavors and applying them to YouTube will go a long way in creating a community around your content.

According to Jeremy Waite, the Head of Social Strategy at Adobe, when planning a successful social campaign you should be adhering to the 90:10 Model; that is, 90 percent of your time should be spent engaging with your audience while 10 percent should be devoted to creating the actual content. With YouTube, this is no different, and you’ll see massive benefits from fostering a community of dedicated fans.

In fact, we’ve found that the more a YouTube creator comments on her video, the more engagement and comments she receives. Since comments, likes, and other types of engagement are a big factor in how YouTube ranks your video in Search and Related Videos, the more you engage, the more views you'll get. 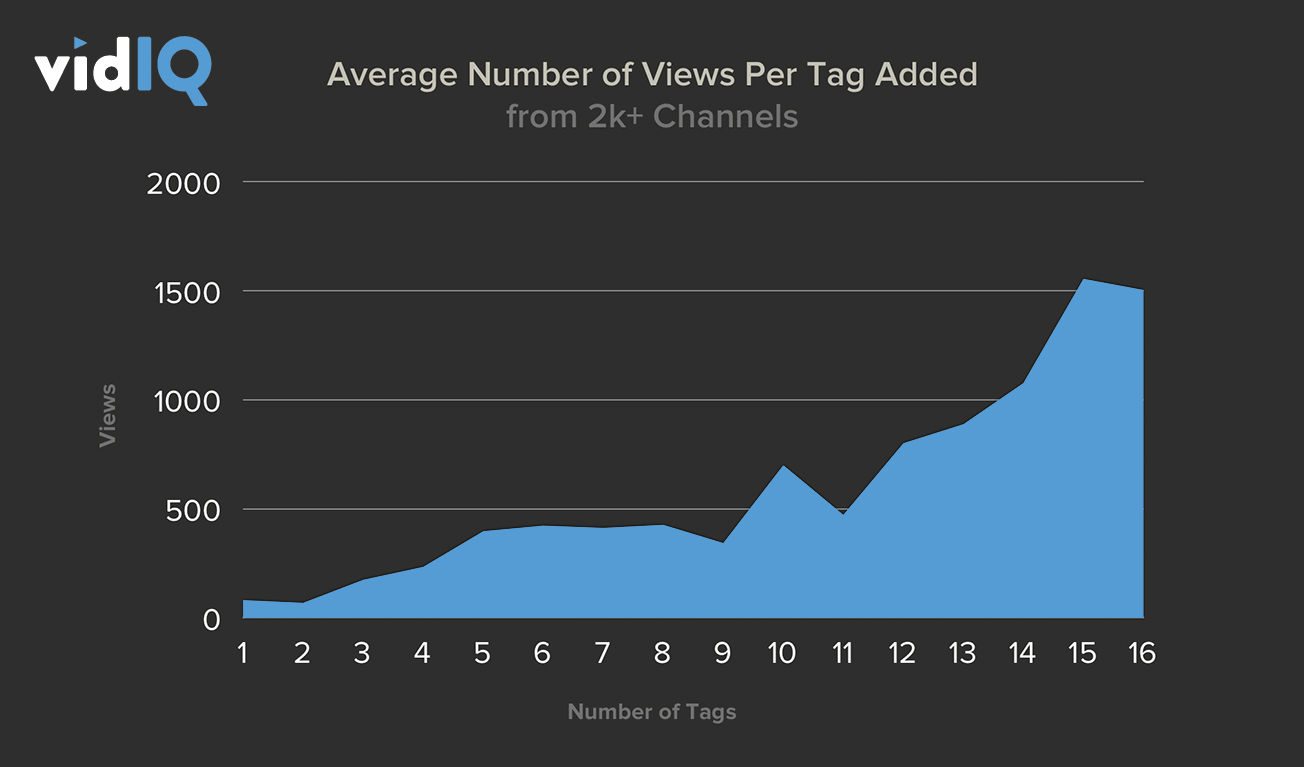 Home Depot is a good example of a company that has done well by fostering a community around its content. The retailer's social media team is quick to engage with its audience in a positive way that fosters engagement. In the example below, a viewer expressed his frustration that Home Depot didn’t provide a link to the second part of the video. Home Depot acknowledged the commenter and replied immediately, currying the favor of its audience and increasing engagement.

One of the best ways to get your audience to come back often is by providing them with consistent content. Your YouTube analytics graph shouldn’t look like an earthquake seismograph -- it should reflect consistent growth that is sustainable. You don't want to be just another one hit wonder.

Viewers are conditioned for episodic content from the cable TV world, so give them something to look forward to by creating a programming schedule and sticking to it. A YouTube creator who does a great job at this is the ever so popular Ray William Johnson, who makes an explicit promise to his audience for a “NEW VIDEO EVERY TUESDAY!” It’s important to remember that once you make a promise to be consistent, it’s crucial that you follow through.

Finally, keep your users engaged in the lulls between your weekly uploads by filling your channel feed with strategic likes and comments. The YouTube channel feed is one of the most underused features of YouTube, and could go a long way in helping you keep your audience engaged.