Google’s X-way vision for the future

Google co-founder and CEO Larry Page wants to be more like Thomas Edison than Nikola Tesla. “If you invent something, that doesn't necessarily help anybody,” he recently told Fortune. “You've got to actually get it into the world; you've got to produce, make money doing it so you can fund it.” Edison did that with practical incandescent light, the phonograph, the movie camera, and hundreds of other inventions. Tesla had his grandiose successes, too, but a shrewd businessman he was not. “He couldn't commercialize anything,” Page added. “He could barely fund his own research.”

With Google[x], Google’s secretive moon shot lab, Page doesn’t have to worry about that as he has the resources to bring fanciful, potentially world-changing ideas from germination to market. Some of these projects have already begun to bear fruit such as driverless cars and everyone’s favorite punching bag, Google Glass. But there’s a lot more in the development pipeline. According to reports, Google has a list of approximately 100 big ideas the company is pondering. They cover everything from levitation to even the very Tesla-like space elevator. While these ideas may seem random and far fetched they have one thing in common: the potential to help Google turn a profit either by creating ways for people to use their services or improving how the company operates. And, oh by the way, they just might change the world in the process.

That’s the part that excites me. As someone who spends his free time dreaming up and writing about great ideas, I don’t think it gets any better than Google[x]. Which is why I’d like to take a look at what Larry Page and company are working on now, what they’re likely to be working on next, and what, I hope, they’ll be working on in the future. 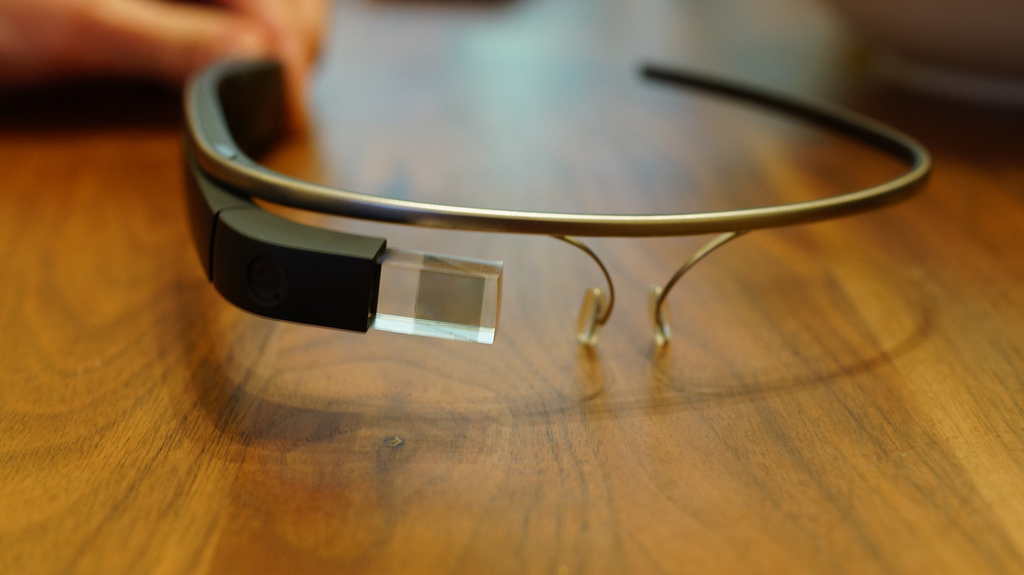 Google Glass – It’s been mocked on "Saturday Night Live," banned by various establishments from coast to coast, decried by privacy advocates, and shunned by those who think it’s destined to become the next Segway scooter. Not exactly what Google had in mind when Page and his minions started to develop this potentially game changing augmented reality device.

What they had in mind was a wearable computer that would put Google products and services directly in front of users, helping them to navigate through their day in real time. By combining Glass with its new predictive search tool, Google Now, the company would be positioned to get you the information you need before you even know you need it.  For some reason, though, the general public has not been focused on this aspect of the technology. Instead they’ve focused on the creepiness factor, privacy fears, and all of the other fashion stigmas that exist. And therein lies the rub for Google. You can have an abundance of desire to change the world but if the world isn’t ready to be changed you’re not going to get very far.

That’s unfortunate, because Glass has intriguing potential. Sure, it could be used to surreptitiously take a picture or video of someone, but it also has altruistic purposes. Doctors could use it to quickly access relevant patient information while examining an injury and school children on a field trip to a museum could learn more about each of the exhibits. We could all use it to better navigate our surroundings, manage our lives, and communicate more quickly and easily.

Not only would it capture all of the moments in our lives worth remembering but it would also help us discover and plan the next such moment. There’s a reason why people like Robert Scoble say that they can’t live without it. This isn’t just a fun side project for Google.  It’s the start of a wearable computer revolution. It may be that rare transformative technology -- like the iPhone, which Google secretly hopes Glass will supplant.

It’s still a work in progress and probably always will be as developers constantly dream up new uses. From projecting a running partner into your field of vision on your morning run to help motivate you to pointing out the constellations while you stargaze the possibilities are truly endless. The only limit to its full potential is the boundary of our collective imaginations. Sure, there will be some people who want to use it for nefarious means but those people will eventually be overshadowed by the rest of us once we come to realize just how great it can be. My only hope is that we give it a chance to work out the kinks. That we give it a chance to sort out the privacy issues and determine proper etiquette in various social situations. If we can do that then we might all stand to benefit from what it has to offer. 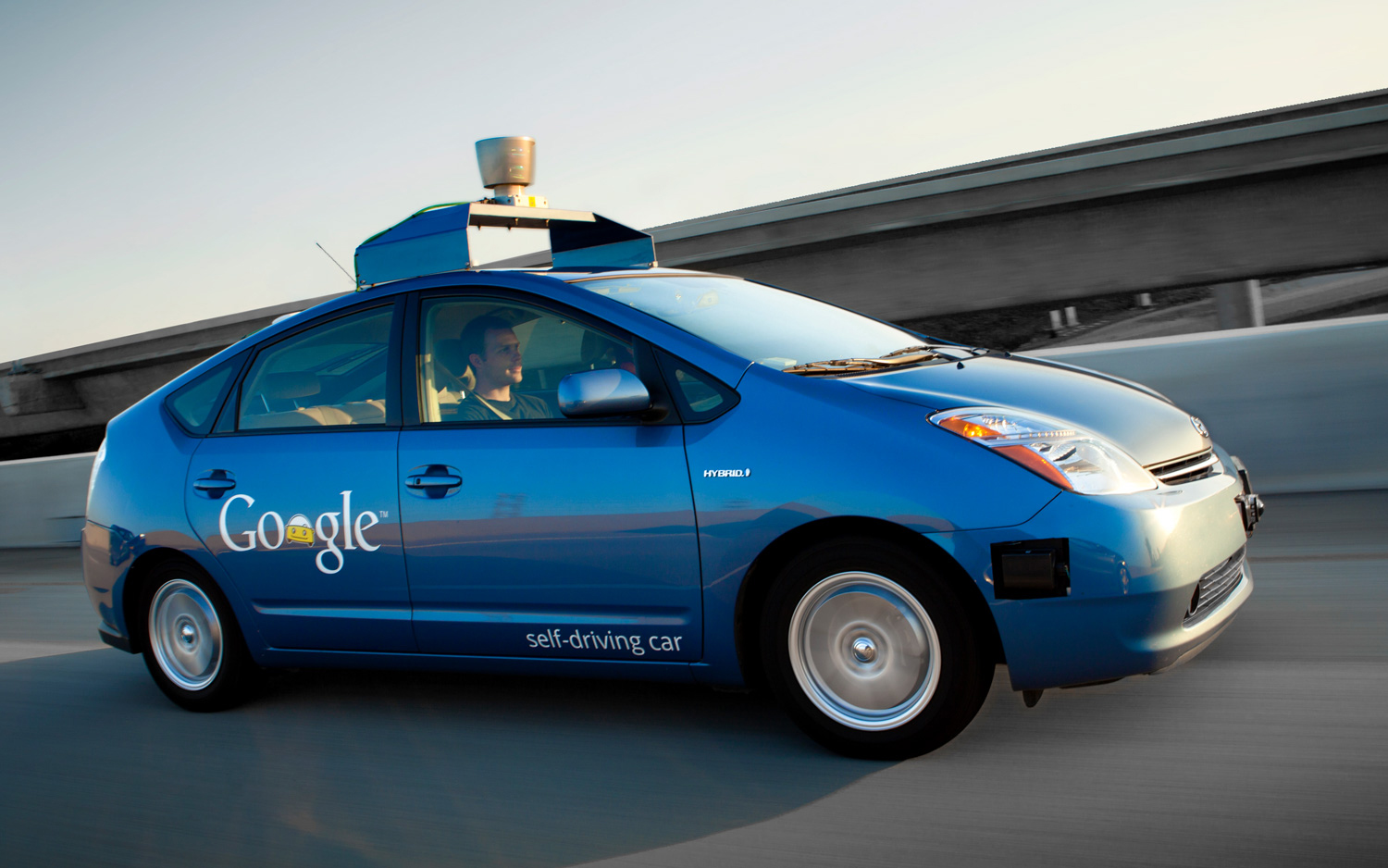 Driverless Cars – According to the United States Census Bureau there are approximately 6 million car accidents per year resulting in more than 3 million injuries and 40,000 deaths. These are staggering numbers to be sure. But for me they’re not just numbers. They’re a reminder of that fateful day six years ago when I was involved in a car accident that nearly took my life. They’re a reminder that life is short and that if we’re going to make the world a better place we need to hurry up and act more like Edison than Tesla before we too run out of time. It’s with that in mind that I’m particularly interested in Google[x]’s next moon shot: driverless cars.

Once these are implemented, we won’t have to worry about driver error, the cause of most accidents. Fender benders, drunk drivers, or people who pay more attention to their smart phones than the road would be a thing of the past. We’ll be free to spend our commuting time being more productive whether that means working more, reading more, socializing more, or even just catching up on sleep. Eventually, we’ll even have less commuting time all together once these cars learn to communicate with each other thereby reducing congestion and improving traffic flow. The economic impact of that would be profound as we’d gain back a significant portion of the 40 hours that the The Atlantic says the average American loses per year just sitting idly in a car.

But the benefits don’t stop there. They also extend into our suburbs as driverless cars could save us from having to worry about finding a parking spot. Instead, we could just get dropped off at our destination and have our car pick us up again when we’re ready to leave. Not to mention all of the money that we could save from paying lower insurance premiums since we’ll be getting into fewer accidents.

That last point is really the most important thing to remember. Sure, we’ll be saving time. Sure, we’ll be more productive. And, yes, we’ll probably wind up using Google’s products more. But in the end we’ll also be safer. As far as world-altering moon shots go it doesn’t get any more important than that.

The next moon shot

A few weeks ago, Google announced the acquisition of Makani Power, a wind power startup that it previously invested in. In a recent article on CNET Google[x]’s director, Astro Teller (Edward Teller’s grandson), explained the reason for the acquisition, “creating clean energy is one of the most pressing issues facing the world, and Google for years has been interested in helping to solve this problem. Makani Power's technology has opened the door to a radical new approach to wind energy. They’ve turned a technology that today involves hundreds of tons of steel and precious open space into a problem that can be solved with really intelligent software. We're looking forward to bringing them into Google[x].”

Likewise, I’m looking forward to seeing what Makani Power can do with Google’s full-fledged backing but this acquisition isn’t the next big thing that I wanted to talk about. That distinction belongs to the plan to get the entire world connected to the internet.

The Wall Street Journal broke this story back on May 24 stating:

Google is deep into a multipronged effort to build and help run wireless networks in emerging markets as part of a plan to connect a billion or more new people to the Internet. These wireless networks would serve areas such as sub-Saharan Africa and Southeast Asia to dwellers outside of major cities where wired Internet connections aren't available, said people familiar with the strategy.

That sounds all fine and dandy but how exactly is Google and Google[x] in particular going to accomplish that? With a network of wireless balloons of course. While it may sound like something better suited for Charlie and the Chocolate Factory, it is very much a real project.

According to a recent article on pcmag.com Google’s plan “would use ‘high-altitude platforms’ to blast a wireless signal across an area spanning hundreds of square miles.” In addition, “they would also use frequencies different than those used for television broadcasts – an area that the company would need to get a governmental blessing from in order to fully deploy, given the regulations involved.”

While this project figures to have a lot of technical obstacles to work out before it can be brought to market it also figures to be a very profitable venture as Google obviously stands to benefit from bringing millions of new customers into their fold. The key thing to remember though is that the rest of the world stands to benefit too. Just think about all of the potential new companies that could be created by people who currently lack the resources required to turn their dreams into realities. Just think about how much the global economy could benefit from having millions of new consumers. Just think about the kind of social and political impact this could have on developing nations. Connectivity could very well be the key to making the World a better place.

Now comes the fun part: speculating about what Google[x] might be up to further down the road. Let’s start out by assuming that all of their current and near term projects are commercial successes. That Google Glass catches on and turns everyone into life loggers.  That driverless cars save us all boatloads of time. That the rest of the world comes online and that through it all Google has helped to create plentiful clean energy. What does that leave us with?

Well, assuming of course that the full promise of graphene has been realized then the pipe dream that is the space elevator might actually be plausible. According to an article on howstuffworks.com:

A space elevator made of a carbon nanotubes composite ribbon anchored to an offshore sea platform would stretch to a small counterweight approximately 62,000 miles (100,000 km) into space. Mechanical lifters attached to the ribbon would then climb the ribbon, carrying cargo and humans into space, at a price of only about $100 to $400 per pound ($220 to $880 per kg).

In other words, say hello to a full fledged space tourism industry! Not to mention the fact that we’d be one step closer to building colonies on the moon or Mars, mining asteroids for resources, or traveling through space. When compared with getting the solar system connected to the Internet suddenly trying to install wireless balloons over Africa doesn’t sound so hard.

What other far off moon shots might we see? Spray on Wi-Fi perhaps? Or maybe it’ll be a new mode of high speed transportation similar to Elon Musk’s rumored hyperloop? As we all know, trying to predict the future is an exercise in futility. The world we live in just five years from now will be far different than the one we reside in now.

Rather, as computer scientist Alan Kay once said, the best way to predict the future is to invent it. Thankfully, Google[x] is doing just that.

Edison would be proud.