Why AnyPerk might be the best Japanese import since Ichiro

Silicon Valley is accustomed to seeing its tech ideas being adopted in other countries and localized for their particular markets, but it doesn’t often happen the other way around. Taro Fukuyama, however, is bucking the trend with a startup called AnyPerk, an employee rewards platform that already has 2,500 customers after just 18 months in business.

Fukuyama grew up in Tokyo, but he spent a year in St Louis, Missouri, on a high-school exchange program and decided that he one day wanted to start a company in the US. He went back to Tokyo, ended up in law school, graduated, and then dropped everything to start Mieple, a social dating network, here. He spent his first three nights in Silicon Valley sleeping in a van parked at a Redwood City Taco Bell.

Fukuyama, now 25, was accepted into Y Combinator with Mieple, but three months out from demo day it was clear that the network wasn’t getting the numbers it needed to be successful. He and his co-founders entertained a bunch of other possibilities before Fukuyama eventually decided to look at what ideas might be able to be imported from Japan. He noticed that there were four public companies in Japan that let companies of all sizes offer perks to their employees via a tech platform. In the US, there were no such public companies, and the most high-profile startup in the space, BetterWorks, had $10.5 million in funding and showed early signs of growth. Later, however, BetterWorks would shut down.

While BetterWorks focused on small businesses and rolled out its service city by city, mainly offering restaurant vouchers as perks, San Francisco-based AnyPerk applies the Japanese model of aggregating companies of all sizes together in order to give them the clout needed to be able to get top-level discounts from national providers, such as AT&T (15 percent discount on data plans), Verizon (8–15 percent discount on data plans), rental car services, and fitness clubs. Companies pay $5 per employee per month to be part of the program. It doesn't matter where they're based. 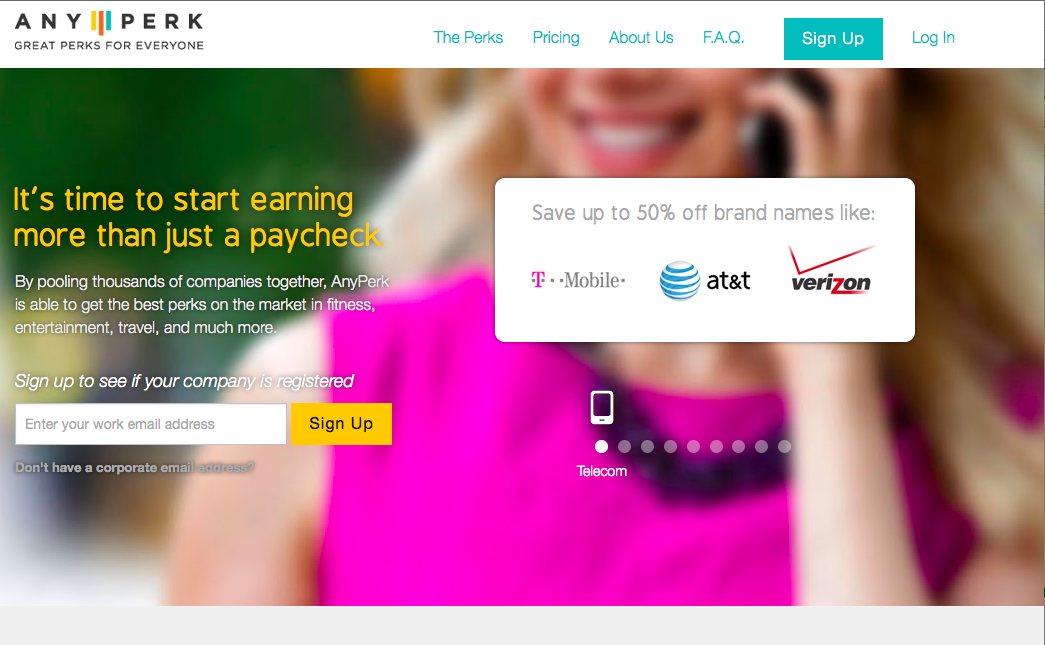 The model has worked well in Japan for a decade, but Fukuyama thinks it can work even better in the US. Tech companies especially –  from the smallest startups to giants like Facebook and Google – compete aggressively to recruit and retain talent, which is why we hear stories of in-house massages, free Kombucha, and unlimited vacation time. In Japan, on the other hand, people tend to work for their companies for their entire careers. These perks programs started popping up in Japan about 10 years ago, when the national economy was hot and companies had to go to extraordinary lengths to recruit people. Some companies even bought hotels so they could give the rooms to employees for vacations. Today, the leading perks company in the country, Benefit One, brings in more than $150 million a year.

Realizing the opportunity, Fukuyama and his team pivoted to AnyPerk and last year raised $1.4 million in seed funding. Half of the investors are from Japan, and half are from the US, including Tokyo-based Digital Garage and Ben Lewis, the founder of Tapjoy. Fukuyama won’t reveal AnyPerk’s revenue numbers, but he says it has more than 2,500 companies on the platform, with an average of 20 employees per company. That would put its annual runrate somewhere in the order of $3 million. The company is apparently close to profitability. AnyPerk now has 16 staffers, including a sales director who used to be at BetterWorks. Fukuyama is the only Japanese person on the team. 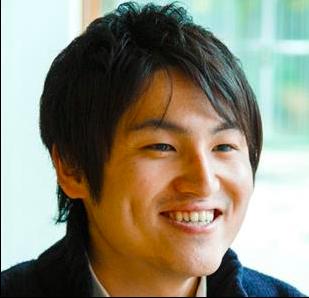 Being a foreigner in a startup in the US is an advantage, Fukuyama believes, because it means he’s more open to different ways of doing things. “I’m really flexible and try to learn what’s working and what’s not working,” he says. Getting a visa, however, was a huge hassle – the process took him one and a half years to sort out. He spent his time in Y Combinator shuttling back and forth between the US and Japan.

Now he wants to show his compatriots that Japanese people can succeed in the US. “Everyone in Japan doesn’t think that they can do something in the US,” he says. “But that’s not true, because a lot of people from India or China will come here to change the world. So I want to prove that we can do it.”

He mentions baseball star Ichiro Suzuki as an example of a Japanese success story. In Japan, he’s a national hero. In the US, however, people don’t care where he’s from – they just care that he plays good baseball. Says Fukuyama: “I want to be the next Ichiro in other industries.”

Fukuyama says he might one day move back to Japan because that’s where his family is, but for now he is happy in San Francisco. It’s the best city in the world for starting a company, he says. It has the best talent, the best investors, and the best startups.

But he does have one reservation.

“The food is much better in Tokyo, unfortunately.”