Depending on who you ask, omni-channel is the buzzword du jour in retail marketing. It represents the new frontier of integrated marketing, where social, email, TV, and display advertisements all work together with in-store promotions and analytics. Countless startups have sprung up to handle the in-store analytics portion of this in recent months.

Placemeter, a member of the latest TechStars New York class, was one of them. But during the program, the company realized a few important things about this category: For one, there are established players in the "people counting" category like ShopperTrak. The tech world doesn't know about them because they're not necessarily buzz-worthy, but they have dominated the space for decades. Incremental improvements on their offerings are not going to incentivize slow-to-innovate retailers to switch. Further, it is not really that big of a business. Lastly, there is a more interesting data play around knowing how many people are in a place at any given time. So Placemeter has abandoned its original plan to do store traffic counting for retailers.

Regular readers of PandoDaily know how much I dislike the idea of a mid-program pivot from accelerator companies. The artificial construct of a three-month accelerator program with a demo day at the end encourages startups to present demos to the world, even if the idea isn't fully formed and the product isn't close to being shipped. The best example I can think of is Wander, which last year presented its idea of a travel log with place tags and brand sponsorships. The company remained quiet until a year later, when it unveiled "Days," a photo sharing app. It was a completely different, much better thing, not at all what we were initially sold on.

But such is the nature of these programs, and of ever-evolving early stage startups hoping to iterate their way into a hit. Overall I'll say the companies in this TechStars class have been later stage than many companies I've watched at demo days.

Placemeter's mid-program shift, or pivot, or whatever you want to call it, is simply "expanding the vision," according to co-founder and COO Florent Peyre. The company saw the interest around Waze and realized that data related to where people are, supplied by the people themselves, can be very valuable. Waze does it for traffic. Placemeter wants to do it for places.

The company will collect foot traffic data on people outside of businesses, inside them, walking past, and in public places. It collects that data through publicly available video streams like traffic cameras, and also through a weird hack that allows people to stream footage through smartphones suctioned to their apartment windows. (The phones keep the footage for 24 hours and only sends non-identifiable data counting the number of people to Placemeter.)

The consumer-facing app will be an experiment to prove whether, once people see the value in having access to data about, say, how crowded Trader Joes is right now, they will get addicted to it, and they'll be more likely to supply their own data in exchange for it (similar to how Waze works). From a B2B perspective, the data will be valuable to a variety of customers, though it is still very early stage, Peyre says.

His first task is to build a "realtime layer to the physical world." Currently, Placemeter tracks four million data points a day. The company plans to launch its consumer-facing app in the Fall.

Naturally, there is a big privacy hurdle to cross. Given the NSA news, the timing for a surveillance-focused startup to launch couldn't be worse, really. Peyre says he's not worried about that issue because all videos from smartphones are only saved for 24 hours and no identifiable information is even shared with Placemeter. Plenty of homeowners keep security cameras outside their homes. We're living in a surveillance state; I suppose we should get used to it. To address the issue head-on, he's even using that 80's song "Somebody's watching me" by Rockwell as his entrance music for demo day tomorrow. 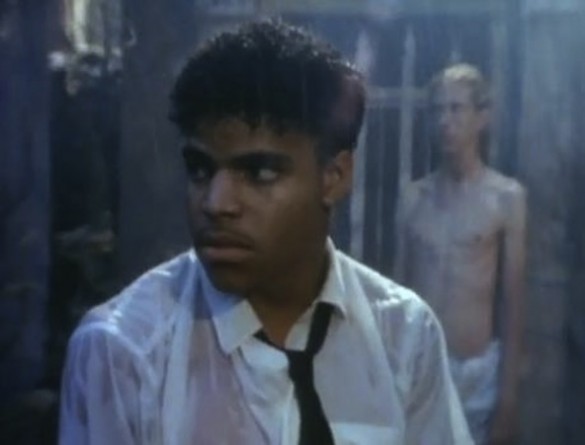