Meet Sleepbot, the fast-growing sleep tracking app with a over a million users

Sleepbot started out as a joke. Jane Zhu and her friends built an Android app in college as a way to share how little they'd slept during exam week with each other. It was just a side project that they didn't expect to go anywhere.

That is, until the app got hundreds of downloads. And then the emails came rolling in -- people wrote to say it had changed their lives. "I was like, 'How could a sleep log change your life?'" Zhu jokes. "We didn't see that there was a market for tracking your sleep."

The feedback encouraged Zhu to keep working on Sleepbot. She added sound and motion recording that allows users to understand what wakes them up in the middle of the night and whether they're tossing and turning. Users reported that the app was not only helping them understand their sleep habits, it had even helped them identify pest problems, as the recording picked up things like squeaking mice. The app was even covered in a few paranormal blogs after some users reported sounds of doors mysteriously slamming.

The app accumulated 1.4 million downloads and won an NYU Stern Entrepreneurs challenge. After that, Zhu decided to make it into a real business. "We saw that people were getting real value out of it," she says. 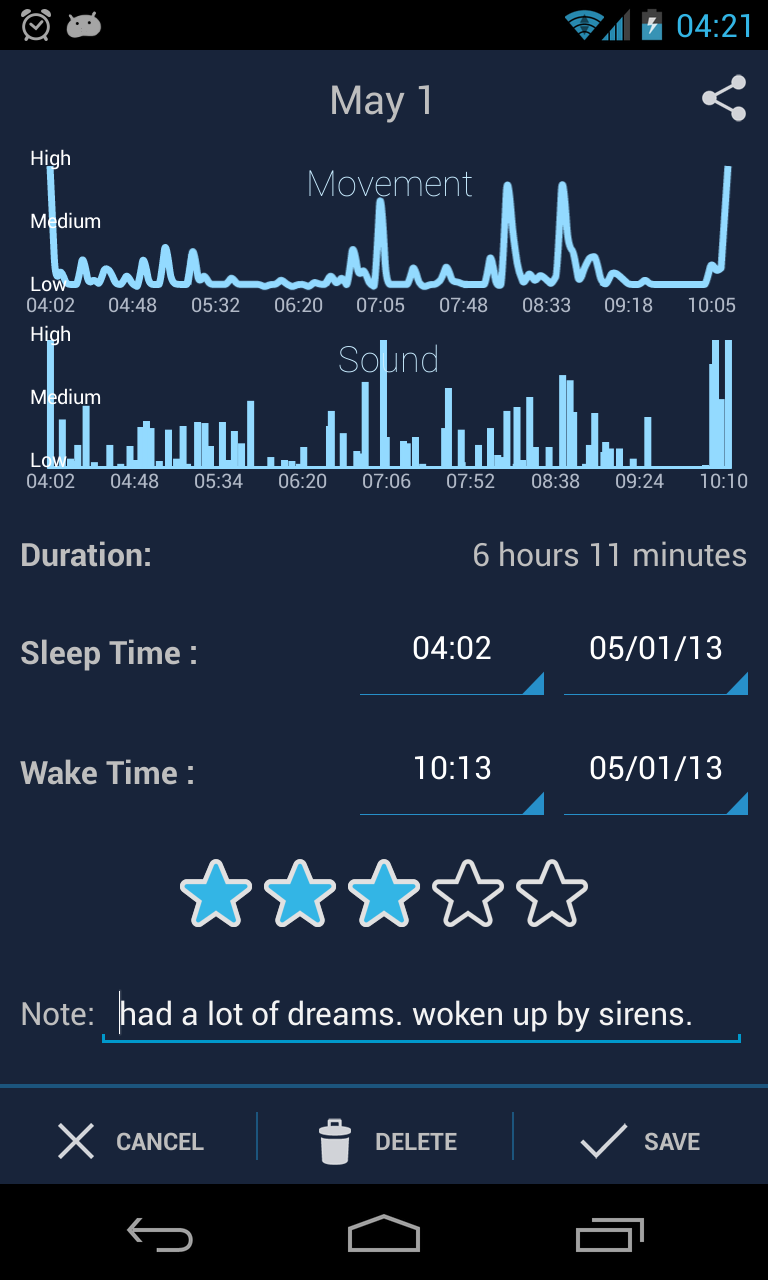 Sleepbot started as a simple upgrade from a pen and paper sleep log. Now, with the motion and sound sensing, it can tell when you fell asleep, how many times you woke up throughout the night, and whether there were any disturbances. Each morning users get a detailed sleep history of sound levels and movements. They can add their own notes about dreams as well as a rating on how rested they feel.

Over time, Sleepbot can analyze this data, using your starred ratings to provide deeper insights about sleep habits. Are you groggiest when you sleep more than eight hours? Are you most chipper when you go to bed and wake up earlier than usual? The app even tracks your "sleep debt," or missed hours of sleep that should be made up. Sleepbot also uses motion data to determine when is the best time within a half-hour period to wake you up (when your breathing is at its lightest).

Zhu has a few ideas for Sleepbot's potential business model. Since most people download a sleep tracking app when they're having some sort of sleeping problem, she'd like to be able to help those people beyond just tracking and analyzing their sleep. One option is with a ZocDoc-like feature that helps people connect with clinics and sleep doctors. Another would be to sell sleep-related items (white noise machines? snoring patches? mouse traps?).

Sleepbot isn't the only app offering these types of insights and tracking, but it might be the only free one. Sleep Cycle is the dominant iOS player, offering a lot of similar tools. It costs 99 cents and offers fewer data points and insights than Sleepbot, Zhu says. Sleep As is another one on Android which costs $3. And of course smart bracelets like Fitbit, Lark and Jawbone Up also track sleep habits.

But Sleepbot's rapid adoption shows that there is a big market for such offerings. Beyond that, it's turned Zhu's side project into a full-time job. I guess you could call that living the dream. 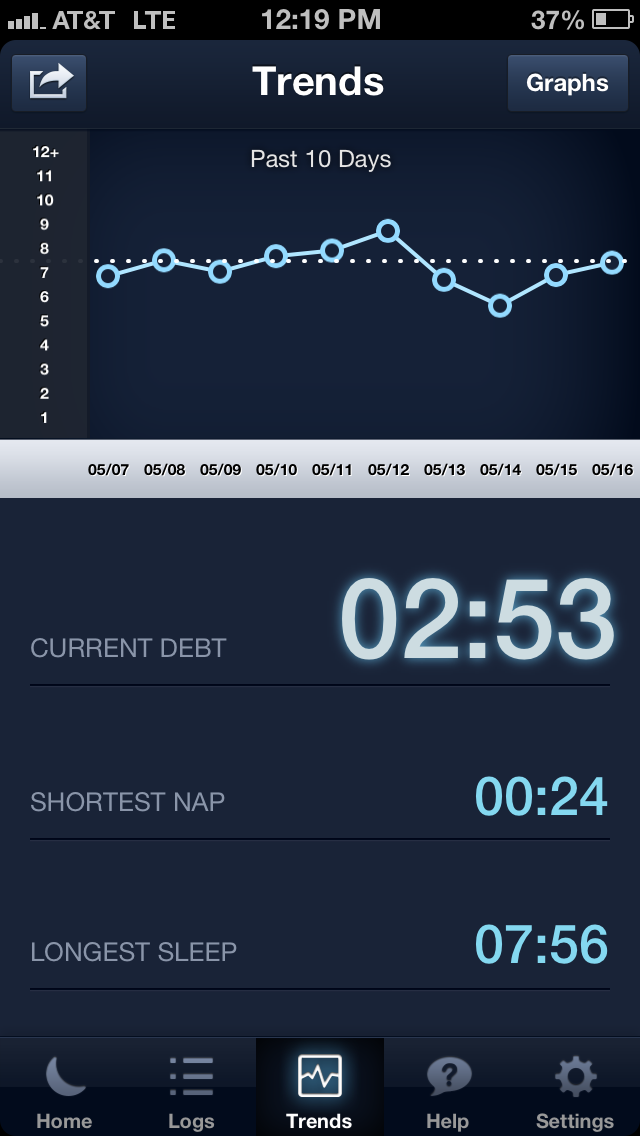 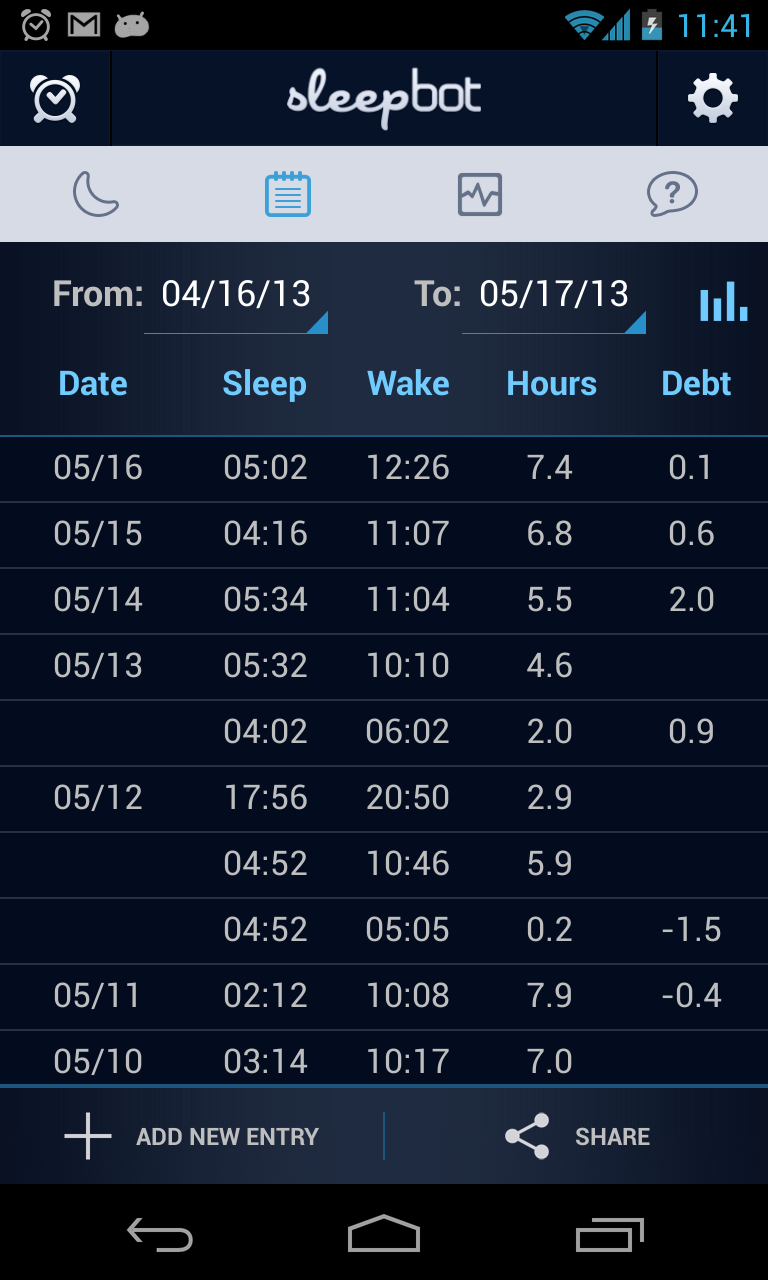